Our guests include authors & activists, political analysts, a music critic and a leftist icon; we talk about guns and feminism; and we bid Mexico’s president bye-bye. 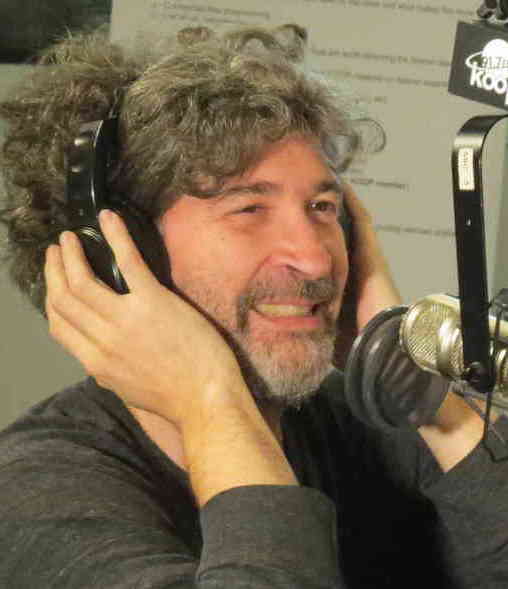 The following podcasts are from recent Rag Radio shows with host and producer Thorne Dreyer. The syndicated Rag Radio program, produced in the studios of Austin’s cooperatively-run KOOP-FM, has an international audience and has become an influential platform for interviews with leading figures in politics, current events, literature, and cutting-edge culture.

♦ Guns and How We Use Them: Lamar W. Hankins and Alan Pogue

Thorne Dreyer‘s guests are Lamar W. Hankins and Alan Pogue. And we’re looking at guns and society from two different — but not necessarily contradictory — perspectives. Kind of micro and macro. Hankins, a former San Marcos, Texas, City Attorney, writes regularly for The Rag Blog on issues of life and death and civil rights. Pogue is an acclaimed international documentary photographer who specializes in issues of social justice. Hankins wrote about the Second Amendment for The Rag Blog; Pogue looks at gun violence in the context of U.S. violence worldwide.

Read the full show description and download the podcast of our April 13, 2018 Rag Radio interview with Lamar W. Hankins and Alan Pogue here — or listen to it here:

Authors Christopher Brown and Roddey Reid — who, in very different ways, anticipated some of the insanity of our current political climate — suggest how to engage with it and find our way to the other side. We call it “Politics in an Age of True Dystopia.” Brown is the Austin-based author of Tropic of Kansas, a dystopian novel written before the elections and published last year. Reid’s new book, Confronting Public Intimidation and Bullying: A Citizen’s Handbook for the Trump Era & Beyond, looks at the current harsh public climate of fear and intimidation.

Read the full show description and download the podcast of our March 30, 2018 Rag Radio show with authors Christopher Brown and Roddey Reid, here — or listen to it here:

Thorne Dreyer and Rag Radio political analyst Glenn Smith dive into the raging sea of politics — hoping at least to stay above water! How significant was the Pennsylvania congressional election and what did we learn about issues moving forward? Is the Mueller investigation closing in on Trump and the Russian collusion? Is the Trump Administration really, finally, actually melting down? And hey, how ’bout Stormy! What about the ray of hope coming from the high school students and their cries for sensible gun reform?

Read the full show description and download the podcast of our March 16, 2018 Rag Radio show with Thorne Dreyer and political analyst Glenn W. Smith, here — or listen to it here:

♦ Leading Leftist Thinker Carl Davidson on the Curious State of the World!

Carl Davidson is a leading leftist thinker and political organizer and an iconic figure from the ‘60s New Left. He was a national officer of SDS and an editor at The National Guardian (U.S.) He now co-chairs the Committees of Correspondence for Demoracy and Socialism. Every year or two we ask Carl to meld minds with us, hoping he might have a better handle than we do on what’s going on in this crazy world.

Read the full show description and download the podcast of our March 9, 2018 Rag Radio show with leftist organizer Carl Davidson, here — or listen to it here:

Marking International Women’s Day, Thorne Dreyer and guest host Alice Embree are joined by Texas advocates for reproductive justice, Kim Varela-Broxson, co-chair of the Democratic Socialists of America (DSA) Feminist Action Committee, and Lindsay Rodriguez, an organizer of the National Network of Abortion Funds Bowl-a-Thon. Both are Austin-based activists. Alice Embree is a longtime Austin peace and justice activist and union member. She worked with the original Rag in the ’60s and is a Rag Radio regular.

Read the full show description and download the podcast of our March 2, 2018 Rag Radio show with Alice Embree, Kim Varela-Broxson & Lindsay Rodriguez, here — or listen to it here:

Thorne Dreyer‘s guest is Austin Chronicle music editor Raoul Hernandez who talks about the Austin Music Awards, South by Southwest, and the Austin music scene, with a lot of stories and cool history. A San Francisco native who arrived fresh out of graduate school to his mother’s hometown of San Antonio in 1992, Raoul Hernandez began writing for the Chronicle that year, moved to Austin the following spring, and has been the Chronicle‘s music editor since 1994.

Read the full show description and download the podcast of our February 23, 2018 Rag Radio show with Raoul Hernandez, here — or listen to it here:

♦ Steve Russell on U.S. Gun Policy: ‘You have our thoughts & prayers!’ 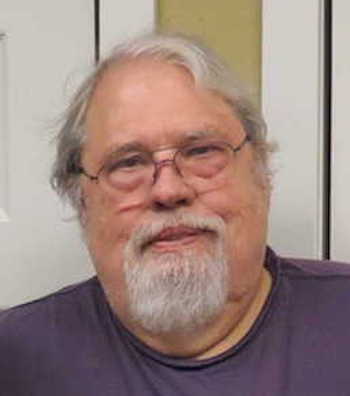 Steve Russell wrote a Newsweek cover story, “America and Guns: To Understand That Deadly Obsession, Come to Texas,” and also penned a companion piece — “Is gun violence our manifest destiny?” — for The Rag Blog. This show was first broadcast two days after the shootings that killed 17 students at Marjory Stoneman Douglas High School in Parkland, Florida. Steve is a retired trial court judge in Texas and is now associate professor emeritus of criminal justice at Indiana University-Bloomington. Russell is a citizen of the Cherokee Nation and a ninth-grade dropout.

Read the full show description and download the podcast of our February 16, 2017 Rag Radio show with Steve Russell, here — or listen to it here:

Author and historian Philip Russell, author of The Essential History of Mexico, recently wrote an article for The Rag Blog entitled “Peña Nieto’s Swan Song,” the fourth in a series on Enrique Peña Nieto’s presidency. On the show we look back over Mexico under Peña Nieto — with all the corruption and scandal — and at the state of the country today. We also discuss Mexico’s upcoming political elections. Austin-based writer Philip L. Russell has written six books on Latin America, and is the editor of the Mexico Energy News. This is Philip Russell’s sixth visit to Rag Radio.

Read the full show description and download the podcast of our February 9, 2018 Rag Radio show with Mexico historian Philip Russell, here — or listen to it here:

Rag Radio can also be heard on WFTE, 90.3-FM in Mt. Cobb, PA, and 105.7-FM in Scranton, PA., on KPFT-HD3 90.1, Pacifica radio in Houston, on KKRN 88.5-FM in Round Mountain, CA, at WALHRadio.com in Wilmington, Oh, as a featured podcast at Veterans Today, and the feed is available to Pacifica stations and affiliates at AudioPort.org. Find details here.