Tom Hayden : U.S. Special Forces are Back in Iraq 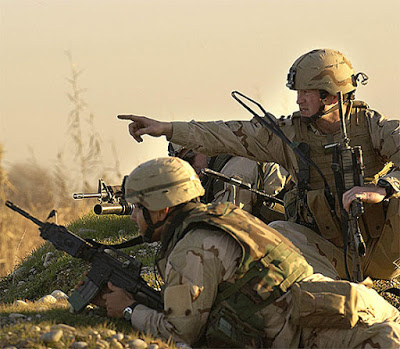 The irony is that the U.S. is protecting a pro-Iran Shiite regime in Baghdad against a Sunni-based insurgency while at the same time supporting a Sunni-led movement against the Iran-backed dictatorship in Syria

Despite the official U.S. military withdrawal last December, American special forces “recently” returned to Iraq on a counterterrorism mission, according to an American general in charge of weapons sales there. The mission was reported by The New York Times, in the 162nd line in the fifteenth paragraph of a story about deepening sectarian divides.

The irony is that the U.S. is protecting a pro-Iran Shiite regime in Baghdad against a Sunni-based insurgency while at the same time supporting a Sunni-led movement against the Iran-backed dictatorship in Syria. The Sunni rebellions are occurring in the vast Sunni region between northwestern Iraq and southern Syria where borders are porous.

During the Iraq War, many Iraqi insurgents from Anbar and Diyala provinces took sanctuary in Sunni areas of Syria. Now they are turning their weapons on two targets, the al-Malaki government in Baghdad and the Assad regime in Damascus.

The U.S. is caught in the contradictions of proxy wars, favoring Iran’s ally in Iraq while trying to displace Iran’s proxy in Syria.

The lethal complication of the U.S. Iraq policy is a military withdrawal that was propelled by political pressure from public opinion in the U.S. even as the war could not be won on the battlefield. Military “redeployment,” as the scenario is described, is a general’s nightmare.

In the case of Vietnam, a “decent interval” was supposedly arranged by the Nixon administration to create the appearance of an orderly American withdrawal. During the same “interval,” Nixon massively escalated his bombing campaign to no avail. Two years after the 1973 Paris Peace Accords, Saigon collapsed.

It is unlikely that the Maliki regime will fall to Sunni insurgents in Iraq, if only because the Sunni population is only about 20 percent of the population. However, the return of U.S. Special Forces is not likely to restore Iraqi stability, and they may become trapped in crossfire as the sectarian tensions deepen.

The real lesson may be for Afghanistan, where another unwinnable, unaffordable war in support of an unpopular regime is stumbling towards 2014, the timeline for the end of U.S. combat. That’s the same year in which Hamid Karzai’s presidential term ends.

Was anyone in the US/NATO alliance planning a “decent interval” for the Humpty Dumpty in Kabul? The US military “surge” there ended just this week, with 68,000 U.S. troops to be radically reduced in two years.

The New York Times often relies on its national security correspondent, Michael Gordon, an insider with close ties to military and intelligence professionals, to obtain a quasi-official version of events in the Long War. Gordon’s Sept. 23 account of “failed efforts and challenges of America’s last months in Iraq” is illuminating but hardly the final word.

To what is already known, Gordon adds that the White House tried to lobby for a widening of the Maliki government to include a role for Ayad Allawi’s Iraqiya mainly-Sunni bloc. Those efforts failed. The Americans also hoped that the Baghdad regime would accept up to 16,000 “residual” troops for training, air support and counterterrorism. The proposal was pushed hard by the Pentagon after “an earful” from Saudi Arabia and other Sunni states.

The White House, “looking toward Mr. Obama’s re-election campaign, had a lower number in mind.” On April 29, the national security adviser, Tom Donilon, asked the defense secretary, Robert Gates, if he could accept “up to” 10,000. Gates said yes but was circumvented by the Joint Chiefs, led by Adm. Mike Mullen, who sent a classified letter to Obama warning that 16,000 were needed.

The secret proposal was endorsed by the U.S. commander in Iraq and the head of Central Command. The letter “arrived with a thud” at the White House, stirring an angry response.

Then on June 2, the president emphasized to Maliki that any new agreement would need ratification by the Iraqi parliament — a virtual impossibility. The agreement would require “airtight immunities” for any U.S. troops left behind — another nail in the coffin.

Hillary Clinton and Leon Panetta revived the proposal for 10,000.

On Aug. 13, Obama “settled the matter” by rejecting the 10,000 figure and a lower version of 7,000. He offered a token rotating presence of 1,500 U.S. troops at a time, up to 3,000 in all, plus six F-16s. The question Gordon never addresses is whether Obama knew his proposals would be rejected by the Iraqis, allowing him to withdraw while leaving responsibility with the Iraqis.

On a personal note, I have interviewed one American official present in the small White House discussions about those numbers. This former official told me that Donilon proposed the 10,000 figure. Aside from being national security adviser, I asked, did he say he was making an official offer from President Obama, or was he authorized to float the number as part of a continuing discussion? The number, he said, came from Donilon as an offer.

We may never know what was Obama’s bottom line. He must have known the Iraqi parliament was a hotbed of sovereignty where a deal with the Americans would take weeks of rancor before failing. He must have known that an offer to discuss 1,500 troops and six jets would be an embarrassing token to leave behind.

On Oct. 21, the president video-conferenced Malaki — for the first time in four months — and told him the negotiations were over and all the U.S. troops were coming home.

Gordon’s account, published in a book this week, is a critique of Obama’s withdrawal, which he says leaves Iraq “less stable domestically and less reliable internationally.” He complains of no troops on the ground, no Americans to “patrol the skies,” and severe cuts in Iraq’s police force.

Gordon never explains why leaving behind a small handful of American troops would have secured American objectives, which he says in hindsight were to create a “stable and representative government,” avoid a power vacuum for terrorists, and “sufficient influence” so that Iraq would be an American partner, or at least not an opponent, in the Middle East.

What Gordon doesn’t say is that those objectives were impossible to achieve in an almost nine-year war that cost the US 4,446 deaths and 32, 227 wounded, a taxpayer bill of $807 billion in direct costs, and left Iraq itself a ravaged wasteland.

This is an expanded version of an article that appears in The Nation.