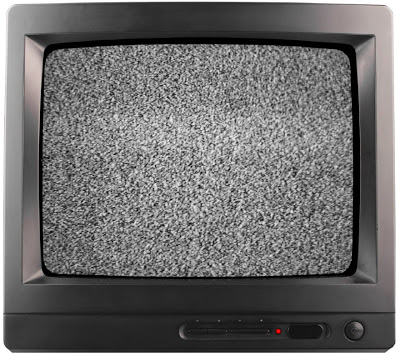 On Monday, public interest groups called on federal authorities to investigate a plan by the largest cable, satellite and phone companies that threatens the future of Web-based video. “TV Everywhere” gets programmers like TNT, TBS, and CBS to keep their content offline unless a viewer also pays for TV through a traditional company like Comcast or AT&T (phone companies are starting to offer TV service, too).

TV Everywhere is designed to protect the current cable TV subscription model and block competition from upstart online video ventures like Vuze, Roku and Hulu. Cleverly marketed as a consumer-friendly product, TV Everywhere is really a desperate bid by old media giants to crush the emerging market for online TV. Cable giant Comcast just became the first company to launch TV Everywhere under the brand “Fancast Xfinity,” and the other dominant cable, satellite, and phone companies have announced plans to follow suit.

At its core, TV Everywhere is about ensuring consumers don’t cancel their overpriced cable TV subscriptions that provide companies like Comcast with huge profits ($6.7 billion in 2008 alone). But the current scheme also prevents competition among existing TV distributors. Instead of being offered to all Americans, including those living in Cox, Cablevision and Time Warner Cable regions, Fancast Xfinity is only available in Comcast regions. The other distributors plan to follow Comcast’s lead, meaning that the incumbents will not compete with one another outside of their “traditional” regions.

Statements made by cable executives indicate that backroom deals are being cut without asking for permission by regulators — the kind of permission that the nation’s major newspapers recently sought before entering into discussions about a coordinated online “paywall.” So TV Everywhere not only threatens the Net’s potential to break open access and distribution of video content, it also appears to be an illegal collusion meant to block competition. Any way you slice it, it’s bad for consumers. On Monday, public interest groups
released a major report at the same time that they sent a letter to federal regulators requesting an antitrust investigation of TV Everywhere.

New online-only TV distributors and independent channels are excluded from TV Everywhere. The “principles” of the plan, which were published by Comcast and Time Warner (a content company distinct from Time Warner Cable), clearly state that TV Everywhere is meant only for cable operators, satellite companies and phone companies. By design, this plan would exclude new entrants and result in fewer choices and higher prices for consumers.

This deal threatens to stifle the freedom and innovation that are shaping our new media marketplace. The Internet is enabling people to watch video how and when they want it. The programs we watch on TV are increasingly available on your computer: on-demand through Hulu, Fancast and other streaming sites. And the online video you can see on YouTube, Miro, Fancast, Vimeo and other portals are available on televisions and portable devices.

Stranded at the airport, sitting in a coffee shop, on vacation or at work, we can view programs from basically anywhere. And thanks to the Internet’s open, neutral platform, anyone can create and share video, meaning we’re no longer confined to the programs that media executives choose to offer.

TV Everywhere represents a defining moment in the future of radio, television and other media. In one scenario, we break from history and achieve more consumer choice and an explosion of innovative content. We may need to pay for video online, or continue to watch advertisements, but we won’t be forced to buy a traditional cable TV subscription that we don’t want or need.

In another scenario, we allow the big cable, satellite and phone companies to use anti-competitive ventures like TV Everywhere to protect the status quo, and make the Internet more like cable television: where they, not you, pick and choose what you can watch, how and when you can watch it, and how much you pay for it.

The central tenet of TV Everywhere is that it can only exist through collusion among competitors. Our federal antitrust authorities and Congress must launch an immediate investigation.

The Internet offers an unparalleled opportunity to democratize the TV screen now controlled by a handful of powerful media companies. This revolution is televised — and we should be able to view it online, too. Antitrust authorities should start enforcing antitrust laws and protect the public interest.

[Josh Silver is the Executive Director of Free Press a national, nonpartisan organization that he co-founded with Robert McChesney and John Nichols in 2002 to engage citizens in media policy debates and create a more democratic and diverse media system.]