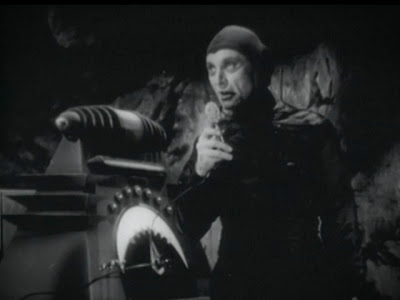 Army surveillance photo of Twitter terrorist conspiring with comrades.
Army report: ‘Twitter was recently used as a countersurveillance, command and control, and movement tool by activists at the Republican National Convention.’
By William Michael Hanks / The Rag Blog / October 26, 2008

A report by the Army’s 304th Military Intelligence Battalion has identified a potential threat to National security in the seemingly innocuous and ubiquitous Twitter application. It’s seems this social networking (socnet) site has more disturbing uses than mere microblogging of current personal activities and favorite websites. One of the examples given of the nefarious possibilities that such applications provide is quoted here.

“Twitter was recently used as a countersurveillance, command and control, and movement tool by activists at the Republican National Convention,” the report notes.”The activists would Tweet each other and their Twitter pages to add information on what was happening with Law Enforcement near real time.”

Disturbing as that news may be, there are apparently more frightening uses of Twitter that could even now be posing threats to our homeland security. According to the report, Twitter in combination with cell phone cameras and GPS features could be used for anything from infiltrating our borders (evidently so well-protected that advanced technologies are required) to the planting of a wide range terrorists devices.

Even though the real threat posed by this use of this popular microblogging media is minimal (judging by the ease of identifying all Twitter posts that refer to the 2008 election and displaying them on the Twitter “Election 08” site), I hope we will all take this warning seriously and report any suspicious characters or activity to our local Homeland Security authorities.

I guess the real message we can take from this is that any tool that enhances unfiltered communication among citizens can be viewed with suspicion. This report reminds us how surreal our world has become.

For years, American analysts have been concerned that militants would take advantage of commercial hardware and software to help plan and carry out their strikes. Everything from online games to remote-controlled toys to social network sites to garage door openers has been fingered as possible tools for mayhem.

This recent presentation — put together on the Army’s 304th Military Intelligence Battalion and found on the Federation of the American Scientists website — focuses on some of the newer applications for mobile phones: digital maps, GPS locators, photo swappers, and Twitter mash-ups of it all.

The report is roughly divided into two halves. The first is based mostly on chatter from Al-Qaeda-affiliated online forums. One Islamic extremist site discusses, for example, the benefits of “using a mobile phone camera to monitor the enemy and its mechanisms.” Another focuses on the benefits of the Nokia 6210 Navigator, and how its GPS utilities could be used for “marksmanship, border crossings, and in concealment of supplies.” Such software could allow jihadists to pick their way across multiple routes, identifying terrain features as they go. A third extremist forum recommends the installation of voice-modification software to conceal one’s identity when making calls. Excerpts from a fourth site show cell phone wallpapers that wannabe jihadists can use to express their affinity for radicalism:

Click on image to enlarge.
Then the presentation launches into an even-more theoretical discussion of how militants might pair some of these mobile applications with Twitter, to magnify their impact. After all, “Twitter was recently used as a countersurveillance, command and control, and movement tool by activists at the Republican National Convention,” the report notes.”The activists would Tweet each other and their Twitter pages to add information on what was happening with Law Enforcement near real time.”

Terrorists haven’t done anything similar, the Army report concedes – although it does note that there are “multiple pro and anti Hezbollah Tweets.” Instead, the presentation lays out three possible scenarios in which Twitter could become a militant’s friend:

Scenario 1: Terrorist operative “A” uses Twitter with… a cell phone camera/video function to send back messages, and to receive messages, from the rest of his [group]… Other members of his [group] receive near real time updates (similar to the movement updates that were sent by activists at the RNC) on how, where, and the number of troops that are moving in order to conduct an ambush.

Scenario 2: Terrorist operative “A” has a mobile phone for Tweet messaging and for taking images. Operative “A” also has a separate mobile phone that is actually an explosive device and/or a suicide vest for remote detonation. Terrorist operative “B” has the detonator and a mobile to view “A’s” Tweets and images. This may allow ”B” to select the precise moment of remote detonation based on near real time movement and imagery that is being sent by “A.”

Scenario 3: Cyber Terrorist operative “A” finds U.S. [soldier] Smith’s Twitter account. Operative “A” joins Smith’s Tweets and begins to elicit information from Smith. This information is then used for… identity theft, hacking, and/or physical [attacks]. This scenario… has already been discussed for other social networking sites, such as My Space and/or Face Book.
Steven Aftergood, a veteran intelligence analyst at the Federation of the American Scientists, doesn’t dismiss the Army presentation out of hand. But nor does he think it’s tackling a terribly seriously threat. “Red-teaming exercises to anticipate adversary operations are fundamental. But they need to be informed by a sense of what’s realistic and important and what’s not,” he tells Danger Room. “If we have time to worry about ‘Twitter threats’ then we’re in good shape. I mean, it’s important to keep some sense of proportion.”
Source / Wired

Go here for the presentation produced by the Army’s 304th Military Intelligence Battalion and found on the Federation of the American Scientists website.