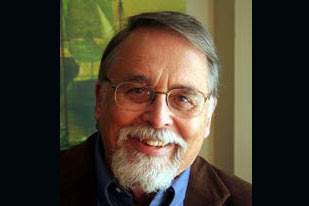 The infiltration appears to be in direct violation of the Posse Comitatus Act preventing U.S. military deployment for domestic law enforcement

Anti-war activists in Olympia, Wash., have exposed Army spying and infiltration of their groups, as well as intelligence gathering by the Air Force, the federal Capitol Police and the Coast Guard.

The infiltration appears to be in direct violation of the Posse Comitatus Act preventing U.S. military deployment for domestic law enforcement and may strengthen congressional demands for a full-scale investigation of U.S. intelligence activities, like the Church Committee hearings of the 1970s.

Brendan Maslauskas Dunn asked the city of Olympia for documents or e-mails about communications between the Olympia police and the military relating to anarchists, Students for a Democratic Society (SDS) or the Industrial Workers of the World (Dunn’s union). Dunn received hundreds of documents. One e-mail contained reference to a “John J. Towery II,” who activists discovered was the same person as their fellow activist “John Jacob.”

Dunn told me: “John Jacob was actually a close friend of mine, so this week has been pretty difficult for me. He said he was an anarchist. He was really interested in SDS. He got involved with Port Militarization Resistance (PMR), with Iraq Vets Against the War. He was a kind person. He was a generous person. So it was really just a shock for me.”

“Jacob” told the activists he was a civilian employed at Fort Lewis Army Base and would share information about base activities that could help the PMR organize rallies and protests against public ports being used for troop and Stryker military vehicle deployment to Iraq and Afghanistan. Since 2006, PMR activists have occasionally engaged in civil disobedience, blocking access to the port.

Larry Hildes, an attorney representing Washington activists, says the U.S. attorney prosecuting the cases against them, Brian Kipnis, specifically instructed the Army not to hand over any information about its intelligence-gathering activities, despite a court order to do so.

Which is why Dunn’s request to Olympia and the documents he obtained are so important.

The military is supposed to be barred from deploying on U.S. soil, or from spying on citizens. Christopher Pyle, now a professor of politics at Mount Holyoke College, was a military intelligence officer. He recalled: “In the 1960s, Army intelligence had 1,500 plainclothes agents [and some would watch] every demonstration of 20 people or more. They had a giant warehouse in Baltimore full of information on the law-abiding activities of American citizens, mainly protest politics.”

Pyle later investigated the spying for two congressional committees: “As a result of those investigations, the entire U.S. Army Intelligence Command was abolished, and all of its files were burned. Then the Senate Intelligence Committee wrote the Foreign Intelligence Surveillance Act of 1978 to stop the warrantless surveillance of electronic communications.”

Reps. Barbara Lee, D-Calif., Rush Holt, D-N.J., and others are pushing for a new, comprehensive investigation of all U.S. intelligence activities, of the scale of the Church Committee hearings, which exposed widespread spying on and disruption of legal domestic groups, attempts at assassination of foreign heads of state, and more.

Demands mount for information on and accountability for Vice President Dick Cheney’s alleged secret assassination squad, President George W. Bush’s warrantless wiretapping program, and the CIA’s alleged misleading of Congress. But the spying in Olympia occurred well into the Obama administration (and may continue today). President Barack Obama supports retroactive immunity for telecom companies involved in the wiretapping, and has maintained Bush-era reliance on the state secrets privilege. Lee and Holt should take the information uncovered by Brendan Dunn and the Olympia activists and get the investigations started now.

Amy Goodman is the host of “Democracy Now!” a daily international TV/radio news hour airing on more than 750 stations in North America. She is the co-author of Standing Up to the Madness: Ordinary Heroes in Extraordinary Times, recently released in paperback. Denis Moynihan contributed research to this column.]

And Army spying could violate federal law by Jeremy Pawloski / The Olympian / July 30, 2009