Was Criminal Mastermind Behind the Mumbai Attacks? 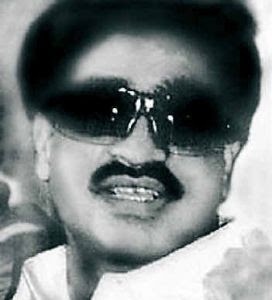 ‘The eerie silence that accompanied the blasts are the very signature of Ibrahim Dawood, now a multi-millionaire owner of a construction company in Karachi, Pakistan.’
By Yoichi Shimatsu / November 28, 2008

The coordinated nighttime assault against seven major targets in Mumbai is reminiscent of the 1993 bombings that devastated the Bombay Stock Exchange. The recent attack bears the fingerprints of the same criminal mastermind – meticulous preparation, ruthless execution and the absence of claims or demands.

The eerie silence that accompanied the blasts are the very signature of Ibrahim Dawood, now a multi-millionaire owner of a construction company in Karachi, Pakistan. His is hardly a household name around the world like Osama bin Laden. Across South Asia, however, Dawood is held in awe and, in a twist on morals, admired for his belated conversion from crime boss to self-styled avenger.

His rise to the highest rungs of India’s underworld began from the most unlikely position as the diligent son of a police constable in the populous commercial capital then known as Bombay.

His childhood familiarity with police routine and inner workings of the justice system gave the ambitious teenager an unmatched ability to outwit the authorities with evermore clever criminal designs. Among the unschooled ranks of Bombay gangland, Ibrahim emerged as the coherent leader of a multi-religious mafia, not just due to his ability to organize extortion campaigns and meet payrolls, but also because of his merciless extermination of rivals.

Dawood, always the professional problem-solver, gained the friendship of aspiring officers in India’s intelligence service known as Research and Analysis Wing (RAW). He soon attracted the attention of American secret agents, then supporting the Islamic mujahideen in their battle against the Soviet occupiers of Afghanistan. Dawood personally assisted many a U.S. deep-cover operation funneling money to Afghan rebels via American-operated casinos in Kathmandu, Nepal.

Eager to please all comers, Dawood occasionally got his wires crossed, providing travel documents and other amenities to Islamist airplane hijackers. In response, Washington spymasters tried to unofficially “impound” his investment in the Nepalese casinos. Dawood’s fury is legendary among locals. An honorable businessman, he held to the strict belief that a deal is a deal and there can be no reneging for any reason.

As Bombay moved into the league of Asia’s premier cities – hotel rates and apartment rentals are the highest in the region – Dawood could have led a comfortable life as top dog. Instead he suffered a spasm of conscience, a newfound moral outrage, when rightwing Hindu nationalists destroyed a mosque in northern India in 1992, slaying 2000 Muslim worshippers, mostly women and children.

One a day in the following May, his henchmen set off bombs across Bombay, killing more than 300 people. His personal convictions had – uncharacteristically – overcome his dispassionate business ethics. Reeling in shock, his top lieutenant, a Hindu, attempted to assassinate Dawood. A bloody intra-gang war followed, but as always Dawood triumphed, even while away in exile in Dubai and Karachi.

In the ensuing decade, at the height of violence in Kashmir, Dawood sent his heavily armed young trainees by boat from Karachi on covert landings onto Indian beaches. This same method was used in the Mumbai assault with more boats, seven craft according to initial navy reports.

Why the timing of this raid, on the dawn of Thanksgiving in America? The leader of India’s opposition and former deputy Prime Minister L. K. Advani had long sought Dawood’s extradition from Pakistan, a move opposed by the then military government in Islamabad. With the restoration of civilian rule, the new Pakistani prime minister (Gillani) consented to New Delhi’s deportation request.

Washington and London both agreed with the India’s legal claim and removed the longstanding “official protection” accorded for his past services to Western intelligence agencies. U.S. diplomats, however, could never allow Dawood’s return. He simply knows too much about America’s darker secrets in South Asia and the Gulf, disclosure of which could scuttle U.S.-India relations. Dawood was whisked away in late June to a safe house in Quetta, near the tribal area of Waziristan, and then he disappeared, probably back to the Middle East.

As in the case of America’s Afghan war protégé Osama bin Laden, the blowback to U.S. covert policy came suddenly, this time with spectacular effects in Mumbai. The assault on the Taj Mahal Palace Hotel will probably go down as the first lethal blow to the incoming Obama administration. The assailants, who spoke Punjabi and not the Deccan dialect, went to a lot of trouble to torch the prestigious hotel, which is owned by the Tata Group. This industrial giant is the largest business supporter of the U.S.-India nuclear cooperation agreement, and Tata is now planning to become a nuclear power supplier. The Clintons, as emissaries of Enron, were the first to suggest the nuclear deal with New Delhi, so Obama inherits the Mumbai catastrophe even before he takes office.

Dawood, ranks fourth on Forbes’ list of the world’s 10 most wanted fugitives from the law. After the new round of attacks that killed more than 100 people and laid waste top five-star hotels, Dawood can now contend for the No.1 spot in the coming months and years. In contrast to the fanatic and often ineffective bin Laden, Dawood is professional on all counts and therefore a far more formidable adversary. Yet some in Pakistan’s military intelligence agency say that Dawood is dead, killed in July. This version of events is much the same as a variation of the bin Laden story. If true, then his underlings are carrying on the mission of an outlaw transfigured into a legend.

[Yoichi Shimatsu. Former editor of The Japan Times in Tokyo and journalism lecturer at Tsinghua University in Beijing. Shimatsu has covered the Kashmir crisis and Afghan War.]

This entry was posted in RagBlog and tagged India, Mumbai, Organized Crime, Terrorism. Bookmark the permalink.

2 Responses to Was Criminal Mastermind Behind the Mumbai Attacks?