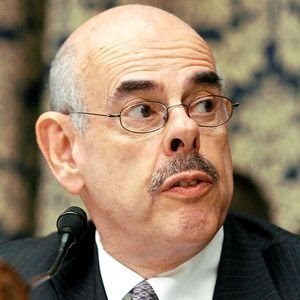 Rep. Henry Waxman (D-Calif.), who has primary jurisdiction over the executive branch, is considering legislation to eliminate Karl Rove-type advisers in future administrations.

The chairman of the House Oversight and Government Reform Committee hints broadly that such a bill could ban the use of federal funds to finance such a politically partisan office.

“Why should we be using taxpayer dollars to have a person solely in charge of politics in the White House?” Waxman said in an interview. “Can you imagine the reaction if each member of Congress had a campaign person paid for with taxpayer dollars?”

Waxman, one of President Bush’s most dogged opponents, will decide in September whether to press ahead this year or wait until next in hope of having a Democratic president sign such a bill.

Waxman says the White House operates under looser political ethics rules than does Congress, where chiefs of staff and other high-ranking officials are prohibited from using government phones, computers and facilities for political purposes.

Rove focused on President Bush’s reelection while working on a West Wing salary during the first four years of the Bush administration.

As Bush’s senior adviser, Rove headed the Office of Political Affairs, which interacts with the party’s political committees, and the Office of Public Liaison, which works with outside groups such as business, religious and advocacy organizations that want to communicate with the president.

They accused Rove of making the White House too political, pointing to reports that Rove told political appointees throughout the administration to stage official announcements and federal grants in ways that would help Republican candidates.

Waxman’s committee found that senior White House aides sent tens of thousands of political communications through government e-mail accounts. This led to a public fight over copies of the messages, many of which were erased because Bush advisers stopped using an e-mail archiving system dating from the Clinton administration.

“This administration, like [former] President [Bill] Clinton did in his time in office, determined it was appropriate for the head of the party to have a specific office to interface with political committees,” he said. “Any future president will have to make those determinations for himself.”

Waxman wants legislation to strengthen electronic record-keeping in future administrations. He has introduced an electronic records bill along with legislation that would require presidential libraries to disclose donor information. He introduced a sweeping executive branch reform bill in 2007 that would implement some ethics rules similar to those Congress adopted for itself after Democrats won the House and Senate.

But Waxman has yet to unveil his proposal for eliminating the White House Office of Political Affairs.

The idea is likely to provoke controversy and even scorn in a town where politics in the White House is considered akin to drinking in a sports bar.

“The notion of taking politics out of governing is silly,” said Rich Galen, a GOP strategist, in reference to Waxman. “I understand what he’s getting at, but Rove would have had the influence he had no matter what his title was and what his duties were.”

Galen and other operatives interviewed said that future White Houses would find ways to get around restrictions on political activity, such as by outsourcing political strategy to the Republican National Committee or letting aides handle it unofficially.

Recognizing the complexity of the issue, Waxman wants to interview political aides from the Bush and Clinton administrations before crafting his proposal.

It’s unclear how Sen. Barack Obama (Ill.), the expected Democratic presidential nominee, would view Waxman’s proposal. His aides did not respond to a request for comment.

Richard Norton Smith, a presidential historian at George Mason University, said that the Bush administration is the culmination of the growing politicization of the White House over the last few decades.

“I think this is something that’s been growing for the last 40 years,” said Smith, who said the trend began with former President John F. Kennedy, whom he described as very “image-conscious.”

“You really have to go back to Truman and Eisenhower to find presidents who didn’t spend a lot of time worrying about their political images,” said Smith.

Smith said he doubted eliminating the White House political office would make the future presidencies any less political. Nevertheless, he acknowledged the problem of excessive politicking in the West Wing.

“The disease is the inability to distinguish between campaigning and governance and the extent the two have become fused,” he said.

Lawmakers and their aides must abide by stricter rules dividing government business and political activity than senior administration officials.

Republican senators and representatives, for example, hold conference meetings at party committee headquarters whenever they plan to discuss fundraising and other political topics.

Congressional aides must also use personal or campaign-issued cell phones and BlackBerrys to send political communications.

Executive-branch officials are governed by the Hatch Act, which details what activities are accepted and which are barred. Most officials may assist in voter-registration drives but may not engage in political activity while on duty or in a government office.

“The higher you go in the administration, the more complicated it becomes … to enforce the Hatch Act, because of exemptions,” said Jim Mitchell, spokesman for the U.S. Office of Special Counsel, which enforces the act.