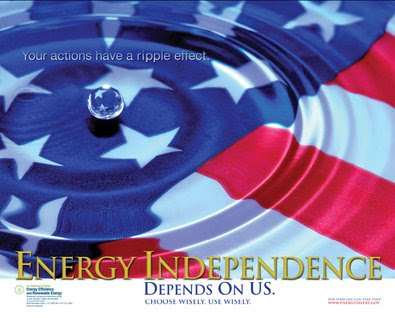 John McCain keeps talking about making the US “energy independent.”

Robert Bryce points out that it is impossible for the United States to be energy independent with current technology.

McCain says nuclear energy can make the US independent of “foreign oil.” But the US imports 83% of the uranium it uses!

By the way, if you built a lot of new nuclear reactors, it would cause the price of uranium to go up. There is only so much uranium in the world, so we will have “Peak uranium” after a few years if we go that route.

McCain keeps saying that the US navy has run subs on nuclear power for years and there have been no leaks.

McCain says drilling in the United States can make the US energy independent. Hogwash! HOGWASH. All the offshore fields now known off the lower 48 states, if drilled, might produce 400,000 barrels a day ten to fifteen years from now.

In the meantime, China’s oil imports were up 12% last year over the year before. The extra oil from offshore drilling would just get used up lickety split.

It is all one global market,folks. Once oil is pumped and goes on the market, it sells for the same price everywhere (except if there are government subsidies, which are a huge waste of money and very bad economics). It doesn’t matter if it is pumped in Oklahoma or Ahvaz, it is priced the same.

Muhammad Sahimi makes this point at some length.

Moreover, getting more fossil fuels out of the ground will produce more global warming, ravaging the world’s coastlines and their inhabitants. Again, it doesn’t matter whether American carbon is put into the atmosphere or Chinese. It is all one atmosphere.

The only prospect for US energy independence is cheap and effective power generation from wind and solar energy, which needs new, cheaper and better methods of battery or other storage to be practical.

Obama’s pledge to invest $150 billion in alternative energy is a promising first step. That is a little more than what the Apollo project cost the US in today’s dollars. And putting a man on the moon was rather less important than, like, saving the planet.

This entry was posted in RagBlog and tagged Alternative Energy, Electoral politics, Energy. Bookmark the permalink.