When It Comes to Combating Teen Pregnancy, the Palin Family Has Done Enough Damage Already 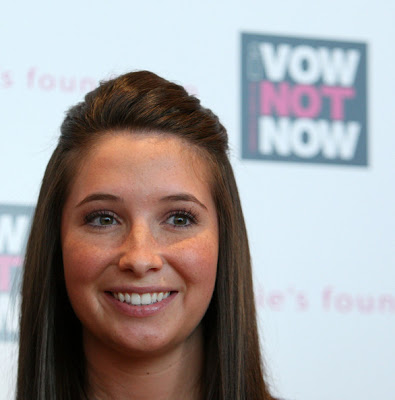 I believe we can all rally around this sentiment.

Cole is the head of Iconix, a company that makes the Candie’s line of teen fashions. A couple of years ago, under fire from critics who accused him of dressing high schoolers like tarts, he established the Candie’s Foundation, which fights teen pregnancy. And there he was on Wednesday introducing the foundation’s new teen ambassador, Bristol Palin.

Palin is not in any way to be confused with the new Candie’s brand spokesperson, Britney Spears. Bristol is the one endorsing abstinence; Britney is the one promoting “hot bottoms.”

Can I say upfront that this is a terrible, terrible idea? Not the sexy clothes. Perhaps in the best of all possible worlds we would not have 12-year-olds dressing as if they were auditioning for a leading role in “Girls Gone Wild,” but history suggests that resistance is futile. There was one minute back in the late 1960s when the women’s movement tried to convince everyone that being liberated involved wearing sensible shoes. It was not a success. Really, you should never try to impose feminist principles that even Gloria Steinem refuses to pay attention to.

But surely, when it comes to combating teen pregnancy, the Palin family has done enough damage already. What worse message could you send to teenage girls than the one they delivered at the Republican convention: If your handsome but somewhat thuglike boyfriend gets you with child, he will clean up nicely, propose marriage, and show up at an important family event wearing a suit and holding your hand. At which point you will get a standing ovation.

Now a single mom on the outs with the father of her baby, Bristol wants a new kind of happy ending.

“I just want to go out there and promote abstinence and say this is the safest choice,” she said on “Good Morning America.”

“It’s not going to work,” said her ex-boyfriend, Levi Johnston, in a dueling early-morning interview.

If you have ever watched Levi Johnston on TV for two minutes you will appreciate how terrifying it is when he has the most reasonable analysis of a social issue.

Because Bristol’s own philosophy seems, at minimum, tentative, it’s hard to tell whether she believes that cheerleading for abstinence should be coupled with education about birth control methods. She and Levi used condoms, except when they didn’t.

Her mom has said in the past that she opposes “explicit” sex education, which kind of sounds like … sex education. And while encouraging kids to wait is obviously fine, the evidence is pretty clear that abstinence education is worse than useless. Texas, where virtually all the schools teach abstinence and abstinence alone, is a teen pregnancy disaster zone. “It’s had one of the highest rates for as long as I can remember,” said David Wiley, a professor of health education at Texas State University.

Bristol appeared Wednesday at Event to Prevent, a teen town hall, during which she said very little except to assure her audience that having a baby is no picnic. (“You have so much responsibility. It’s just hard work all the time.”) It’s hard not to suspect that for her, being the anti-pregnancy ambassador is just a good excuse to get out of Wasilla.

But where were her parents? Her mom ought to know by now that the only way to protect your family from becoming tabloid fodder is to make it clear to the media that the kids are absolutely, totally off limits. You can’t put them on network TV one day and then complain the next when a reporter asks whether the baby’s other grandmother is still facing drug charges.

“We contacted the governor’s office, and the next thing we knew Todd Palin was on the phone and said Bristol wanted to talk,” Cole said, explaining how his ambassador had been recruited. And indeed, there was Todd, beaming as his beautiful daughter stood in front of about 50 shrieking photographers, smiling a fixed smile.

We have seen so many bad plans about breaching the public-private divide lately. Elizabeth Edwards’s book tour. Eliot Spitzer’s media blitz. (Can we point out here that when 51 percent of the public tells pollsters that they would rather have Spitzer as governor than the current incumbent, David Paterson, that is not the same as saying they would like Spitzer to come back? You could probably get 51 percent of the voters to say they would rather have Vlad the Impaler than David Paterson. Or at least 30.)

But when a teenager goes out on this kind of mission, you have to wonder where her parents’ heads were. What does this say about Sarah Palin’s judgment?

Although we’ve sort of answered that question before.

This entry was posted in RagBlog and tagged Sarah Palin, Sex Education, Sexuality. Bookmark the permalink.

1 Response to When It Comes to Combating Teen Pregnancy, the Palin Family Has Done Enough Damage Already