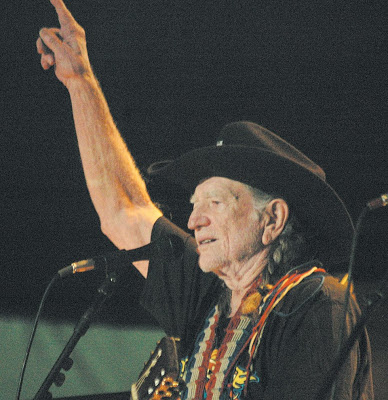 From seed to plate, our food system is now even more concentrated than our banking system.

Thanks to the Occupy Wall Street movement, there’s a deeper understanding about the power that corporations wield over the great majority of us. It’s not just in the financial sector, but in all facets of our lives. The disparity between the top 1 percent and everyone else has been laid bare — there’s no more denying that those at the top get their share at the expense of the 99 percent. Lobbyists, loopholes, tax breaks… how can ordinary folks expect a fair shake?

No one knows this better than family farmers, whose struggle to make a living on the land has gotten far more difficult since corporations came to dominate our farm and food system. We saw signs of it when Farm Aid started in 1985, but corporate control of our food system has since exploded.

From seed to plate, our food system is now even more concentrated than our banking system. Most economic sectors have concentration ratios hovering around 40 percent, meaning that the top four firms in the industry control 40 percent of the market. Anything beyond this level is considered “highly concentrated,” where experts believe competition is severely threatened and market abuses are likely to occur.

Many key agricultural markets like soybeans and beef exceed the 40 percent threshold, meaning the seeds and inputs that farmers need to grow our crops come from just a handful of companies. Ninety-three percent of soybeans and 80 percent of corn grown in the United States are under the control of just one company. Four companies control up to 90 percent of the global trade in grain. Today, three companies process more than 70 percent of beef in the U.S.; four companies dominate close to 60 percent of the pork and chicken markets.

Our banks were deemed too big to fail, yet our food system’s corporations are even bigger. Their power puts our entire food system at stake. Last year the U.S. Departments of Agriculture (USDA) and Justice (DOJ) acknowledged this, hosting a series of workshops that examined corporate concentration in our farm and food system.

Despite the hundreds of thousands of comments from farmers and eaters all over the country, a year later the USDA and DOJ have taken no action to address the issue. Recent decisions in Washington make clear that corporate lobbyists have tremendous power to maintain the status quo.

In November, the Obama administration delivered a crushing blow to a crucial rule proposed by the USDA (known as the GIPSA rule), which was meant to level the playing field for independent cattle ranchers. The large meat packers, who would have lost some of their power, lobbied hard and won to leave the beef market as it is — ruled by corporate giants.

In the same month, new school lunch rules proposed by the USDA that would have brought more fresh food to school cafeterias were weakened by Congress. Food processors — the corporations that turn potatoes into French fries and chicken into nuggets– spent $5.6 million to lobby against the new rules and won, with Congress going so far as agreeing to call pizza a vegetable. Both decisions demonstrate that corporate power wins and the health of our markets and our children loses.

Despite all they’re up against, family farmers persevere. Each and every day they work to sustain a better alternative — an agricultural system that guarantees farmers a fair living, strengthens our communities, protects our natural resources, and delivers good food for all.

Nothing is more important than the food we eat and the family farmers who grow it. Corporate control of our food system has led to the loss of millions of family farmers, destruction of our soil, pollution of our water, and health epidemics of obesity and diabetes.

We simply can’t afford it. Our food system belongs in the hands of many family farmers, not under the control of a handful of corporations.

[Country musician, poet, and activist Willie Nelson, an American legend, is the president of Farm Aid. This article was distributed by Reader Supported News.]