A Letter from Dick Motherfucker 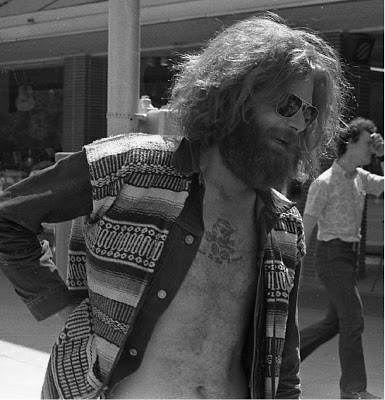 To my Compatriots, comrades, partners, friends and lovers,

Ain’t it about time yet? Snap out of it! How long are you gonna continue to bullshit yourselves? Are you going to HOPE forever that things are going to CHANGE? Do you still think that this president is going to stop these senseless, unwinnable wars? Wake the fuck up!! Can you find any difference between obama and bush except that this prez can read and write the English language?

I don’t hate to say “I told you so.” But it gives me no joy to have to remind you that I did tell you so. On several occasions, way back, a year and a half or so ago I tried to open your eyes to the obvious, but, as time passed my warnings were drowned out by Obamamania, and so you had your way.

First you were sucked into voting, you joined the self-righteous masses and went to the polls adding your number to those who “approve” of this CCE (Continuing Criminal Enterprise) that call themselves a government. You should be ashamed of yourselves. Don’t beg the question here, just because a lot of other people did it too, that should not lessen your responsibility.

All right, that was then and this is now. Shit happens. Don’t beat yourself up over your mistakes of the past. On second thought, punch yourself in the face a couple times. I HOPE that woke you up.

You have been prancing around like a bevy of bliss bunnies over Obama’s victory for 211 days now. And what did you win? Squat. Even less than squat.

So, what’s it gonna be? Are you going to stand there hoping and grinning while you are getting fucked or are you going to free yourself, and take a stand to STOP these brutal and criminal wars? It ain’t easy but it can be done, remember we did it before. They are getting away with it because YOU are letting them get away with it.

Let me help you get started with my anarchist/outlaw plan to STOP THE WARS!!

1. ORGANIZE YOURSELVES. Build your anti-war affinity group. Start slow, find the next two and form the basic pact, then plan on adding six to eight more. Practice moving together, learn point and slack, take control of your streets, eat together, sleep together (yeah, anti-war can be fun,) love one another, this is your strength. Love one another.

2. ARM YOURSELVES. Not with anything sharp or that makes a loud noise, (at first) you don’t need any cut fingers or toes blown off. Arm yourself first with information; know your song well before you start singing. Carry: superglue for locks that shouldn’t be opened, red and black magic markers (slicks) to leave the enemy a warning, bolt cutters (learn the pattern of chain link fences,) disguises so you fit in anywhere

3. TAKE ACTION. That’s right, DO SOMETHING. Every day, two actions a day, one a personal action and one with your AG. DO SOMETHING. Seal a lock, spray paint a pig sign, encourage anarchy wherever you are, cut a fence, be an outlaw for peace. DO SOMETHING to disable the death megamachine….

Well kiddies there it is, as easy as 1, 2, 3. Start now; our sisters and mothers, brothers and uncles, cousins, are dying; only we can save them. Know this, the face of the murderer behind the mask is not the Tally band, or the mythical Al Kyder, they can only plead self-defense, the face was LBJ/Nixon and now is Bush/Obama.

6 Responses to A Letter from Dick Motherfucker