Akwasi Evans : Standing Up to the Corporate Bully 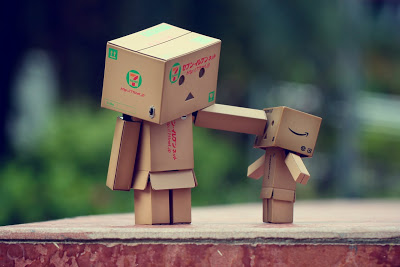 Big corporations charge citizens extra for making mistakes and penalize them unjustly for being the suckers who fall for their sales pitch.

There has been an increasing amount of talk taking place around the issue of bullying. Several young children and college students have recently committed suicide as a result of what many feel was bullying.

On Oct. 1 a 13-year-old boy committed suicide at his home in Houston after being bullied at the Cypress Fairbanks Independent School District. Asher Brown’s parents blamed the school for their son’s death, saying that he shot himself in the head after being tormented by classmates for being gay.

Tyler Clementi, a first year student at Rutgers University in New Jersey, jumped off a bridge to his death after his roommate and another student secretly filmed him engaging in a sexual act with another male student.

Kevin Morrissey committed suicide near the University of Virginia campus after being tormented on the job. At least two co-workers said they warned university officials about his growing despair over alleged workplace bullying at the award-winning Virginia Quarterly Review.

On July 30, Morrissey, the Review‘s 52-year-old managing editor, walked to the old coal tower near campus and shot himself in the head.

Bullying can take many forms, but one of the most lethal and least recognized is corporate bullying. Corporations treat citizens like commodities and charge them for services they don’t even render.

Recently National Public Radio ran a podcast about a couple that was charged $15 for paying their bills on time. The story talked about corporate automation and how corporations are charging customers extra fees for making payments in any form other than the one they dictate. And their dictation changes with every upgrade in their automation.

If and when automation shuts down we are all screwed. I was in an HEB a couple of months ago in Killeen when their computers shut down and they couldn’t sell food. Not even to people paying with cash.

Several large banks are now coming under fire for the arbitrary way they foreclosed on thousands of American homes. Many didn’t even examine the forms before forcing people out of their homesteads.

Last week my truck was repossessed a day after the payment had been made. When I inquired I was told that the payment may have been received, but it hadn’t been posted so they sent someone to sneak into my driveway in the middle of the night and repossess the truck.

But, they didn’t just take the truck; they also took all my possessions that were in the truck. In order to retrieve my property and the corporation’s truck that I am making monthly installments on I had to pay the equivalent of four months payment.

If you walk into a supermarket to purchase some food and you write a check without sufficient funds to cover the purchase the supermarket will charge you up to $40 in penalties, but if your check does clear and you learn from your receipt that the market had overcharged you, all you get is a refund and your time wasted.

Do you remember Enron? How about Bernie Madoff? These are two examples of corporate thieves who got caught. There are countless thousands of corporate bullies ripping us off more efficiently than the Tea Party can organize around hatred of President Obama.

Once when I was visiting Atlanta with some fellow publisher I attempted to purchase a tailor-made suit that was on sale because the short guy who ordered it never picked it up. When I gave the clerk my debit card he told me it had been declined. Embarrassed, I slinked out of the store with my head down wondering what had happened to the deposit I had just made before leaving Austin.

Upon my return I learned that the deposit wasn’t credited until the following day and when a large check came through without sufficient funds available they charged me a penalty. Then they ran the large check through a few more times and when some smaller checks came in they ran they through several times. When I closed the account out I still owed Chase Bank $800 in service fees.

It would be easy to site numerous other examples of how I have been ripped off by corporate bullies and easier still to acknowledge similar experiences by thousands of other citizens in corresponding or worse situations than my own.

My point is that bullies pick on people who don’t stand up to them. Editorializing is one way I can stand up even though doing so often gets me smacked further down. Still I stand, choosing to suffer rather than kowtow. Soon, I suspect, many others — thousands, and maybe millions — are going to start to stand up to corporate bullying. And when we band together we will force the bully to leave the schoolyard.

If we expect ever to improve our quality of life, if we hope to stabilize our communities, if we really want to educate our children, if we truly want to insure our future, it is becoming increasingly necessary for more of us to stand up to corporate bullying or accept the inevitable peonage, poverty, and anomie that awaits us.

Let’s stand together against all forms of bullying and let’s demand an end to the deterioration in the quality of our lives.

[Akwasi Evans is a progressive journalist and civil rights activist. He is publisher and editor of NOKOA, the Observer, a progressive Austin weekly newspaper which he founded in 1987, and also hosts a weekly radio show on KAZI-FM in Austin. Evans marched with Dr. Martin Luther King, Jr., and has been involved with the civil rights movement for most of his life.]

5 Responses to Akwasi Evans : Standing Up to the Corporate Bully