The author has provided a gripping description of GI resistance in Germany. 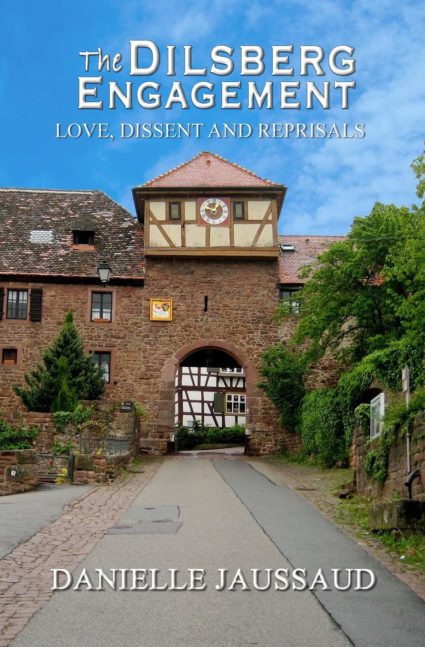 [Danielle Jaussaud and Alice Embree will join Thorne Dreyer on Rag Radio, Friday, May 31, 2-3 p.m. (CT), on KOOP 91.7-FM in Austin. The show will be streamed live at KOOP.com and by Radio Free America.]

Danielle Jaussaud has written a masterful tale of romance and resistance. The Dilsberg Engagement: Love, Dissent and Reprisals is now available on Amazon.

It is a true story written with the cadence of a mystery, compelling you to keep on turning the pages. You are given a brief taste of what is to come with a scene set in Kaiserslautern, Germany, in 1973. A charismatic GI has smuggled secret documents off a U.S. Army base. The author then takes you back two years, describing how she met Mike McDougal in Morocco. Their relationship evolves from traveling companions to lovers, and then to collaborators, when Mike decides to release classified military information.

Think screenplay. The scenes are vivid, set in German campgrounds, at castle gates, and in small apartments tucked into medieval buildings. Think history. The intrigue takes place as the ground war is winding down in Vietnam and the Watergate hearings are heating up. The soldier, Mike McDougal, is working in Military Intelligence and is told to incinerate bags of evidence. He discovers photos and wiretap transcripts that reveal U.S. Army surveillance on German civilians.

Jaussaud describes her characters in detail; they become etched into memory, courageous American lawyers who represent dissident GIs in military hearings, European activists who shelter Vietnam deserters, and crusading reporters. There is even a constant canine companion, a beloved rescue from a Casablanca shelter.

The free press plays a central role in this book as it does in the movie, The Post. Coverage by The New York Times, Der Spiegel, and other papers provides some cover for the soldier. Max Watts, a passionate European reporter with a plethora of contacts, helps Mike navigate the media. Military spying upon civilians was against the law on both sides of the Atlantic. It violated the Army code, NATO protocols, and constitutional protections. Still, it is Mike, a handsome, charming Texan, whose courage and determination carry the story. 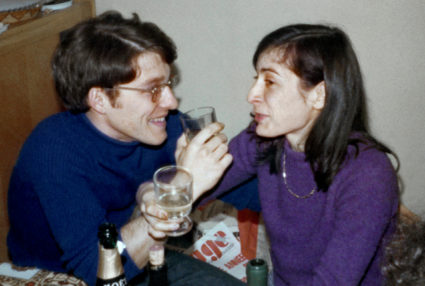 GI resistance is familiar territory for me, but it is hidden history. I knew the Austin attorneys who went to Fort Hood to defend GIs during the Vietnam War and defended them in Florida. Jim Simons, Brady Coleman, and Cam Cunningham did this work for years and not for the money.

I visited the Oleo Strut coffeehouse that supported dissident GIs in Killeen, and I remember the paper, Fatigue Press. Filmmaker David Zeiger captured the magnitude of GI resistance in the Vietnam era. His 2005 documentary, Sir!, No Sir!, is a movie every radical should see.

Danielle Jaussaud has provided a gripping description of that GI resistance in Germany. She has done this with a thorough command of details based upon clippings and notations in a scrapbook she safeguarded for over 40 years.

Danielle Jaussaud came to Austin, Texas, with Mike McDougal in 1975 and returned in 1977 to enroll in UT’s graduate program in economics. She was an organizer of protests against U.S. involvement in the Central American wars and traveled to Nicaragua with Witness for Peace in 1982. In 2011, she retired as an electricity market economist for the Texas Public Utilities Commission.

The Dilsberg Engagement deserves wide attention. It rings true to this century and will resonate with the current generation of GI dissidents. In 2009, I reported on two courts martial at Fort Hood for The Rag Blog, both involving courageous soldiers and an underpaid attorney. The circumstances were similar.

Jaussaud’s book caught the attention of American Voices Abroad, as it should.

If you are interested in GI resistance, unauthorized surveillance, or just want a really good read, you should get Danielle Jaussaud’s book.