And It Won’t Be Painless 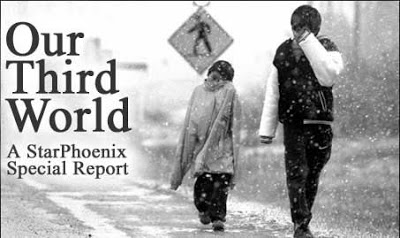 It’s been a quick slide from economic superpower to economic basket case.

It’s not every day that a superpower makes a bid to transform itself into a Third World nation, and we here at the World Bank and the International Monetary Fund want to be among the first to welcome you to the community of states in desperate need of international economic assistance. As you spiral into a catastrophic financial meltdown, we are delighted to respond to your Treasury Department’s request that we undertake a joint stability assessment of your financial sector. In these turbulent times, we can provide services ranging from subsidized loans to expert advisors willing to perform an emergency overhaul of your entire government.

As you know, some outside intervention in your economy is overdue. Last week — even before Wall Street’s latest collapse — 13 former finance ministers convened at the University of Virginia and agreed that you must fix your “broken financial system.” Australia’s Peter Costello noted that lately you’ve been “exporting instability” in world markets, and Yashwant Sinha, former finance minister of India, concluded, “The time has come. The U.S. should accept some monitoring by the IMF.”

We hope you won’t feel embarrassed as we assess the stability of your economy and suggest needed changes. Remember, many other countries have been in your shoes. We’ve bailed out the economies of Argentina, Brazil, Indonesia and South Korea. But whether our work is in Sudan, Bangladesh or now the United States, our experts are committed to intervening in national economies with care and sensitivity.

We thus want to acknowledge the progress you have made in your evolution from economic superpower to economic basket case. Normally, such a process might take 100 years or more. With your oscillation between free-market extremism and nationalization of private companies, however, you have successfully achieved, in a few short years, many of the key hallmarks of Third World economies.

Your policies of irresponsible government deregulation in critical sectors allowed you to rapidly develop an energy crisis, a housing crisis, a credit crisis and a financial market crisis, all at once, and accompanied (and partly caused) by impressive levels of corruption and speculation. Meanwhile, those of your political leaders charged with oversight were either napping or in bed with corporate lobbyists.

Take John McCain, your Republican presidential nominee, whose senior staff includes half a dozen prominent former lobbyists. As he recently put it, “I was chairman of the [Senate] Commerce Committee that oversights every part of the economy.” No question about it: Your leaders’ failure to notice the damage done by irresponsible deregulation was indeed an oversight of epic proportions.

Now you are facing the consequences. Income inequality has increased, as the rich have gotten windfalls while the middle class has seen incomes stagnate. Fewer and fewer of your citizens have access to affordable housing, healthcare or security in retirement. Even life expectancy has dropped. And when your economic woes went from chronic to acute, you responded — like so many Third World states have — with an extensive program of nationalizing private companies and assets. Your mortgage giants Fannie Mae and Freddie Mac are now state owned and controlled, and this week your reinsurance giant AIG was effectively nationalized, with the Federal Reserve Board seizing an 80% equity stake in the flailing company.

Some might deride this as socialism. But desperate times call for desperate measures.

Admittedly, your transition to Third World status is far from over, and it won’t be painless. At first, for instance, you may find it hard to get used to the shantytowns that will replace the exurban sprawl of McMansions that helped fuel the real estate speculation bubble. But in time, such shantytowns will simply become part of the landscape. Similarly, as unemployment rates continue to rise, you will initially struggle to find a use for the expanding pool of angry, jobless young men. But you will gradually realize that you can recruit them to fight in a ceaseless round of armed conflicts, a solution that has been utilized by many other Third World states before you. Indeed, with your wars in Iraq and Afghanistan, you are off to an excellent start.

Perhaps this letter comes as a surprise to you, and you feel you’re not fully ready to join the Third World. Don’t let this feeling concern you. Though you may never have realized it, you’ve been preparing for this moment for years.

And while we’re at it, take a look at this:

One out of 10 families in Los Angeles live in extreme poverty (below the federal poverty level.)

I am not normally a pessimist. When the glass is filled with water halfway, I see the glass as not just half full, but “just about ready to overflow”.

But when looking at the state of our community (especially with the perspective from being on the front lines of homelessness), I am also a realist. And the reality is simple. If 4 out of 10 people in a community are living in poverty, homelessness has a greater chance of increasing in that community.

We work hard to address homelessness at its current state. But we can’t forget to address the prevention aspect of homelessness. There are people in our community who are on the verge of being homeless. (That’s the 4 out of 10 people in Los Angeles—or 3.5 million people are living in poverty.)

In 2005, it was reported that 250,000 people stated that they were homeless at least once during that year. In contrast to the point in time number (88,000 homeless people) that was announced that same year—the number of people who were homeless during the 3 day period the count was taken.

As a community, we are not doing a very good job of addressing the current state of homelessness. Let alone, even thinking about those living in poverty who are on the verge of homelessness.

We cannot allow our community to become a Third World City, where there is a large number of people living in poverty, a class of extreme wealth, and where the middle class is diminishing. If we don’t address poverty and homelessness, this could very well be our future.

This entry was posted in RagBlog and tagged Banking, Global Economy. Bookmark the permalink.

2 Responses to And It Won’t Be Painless