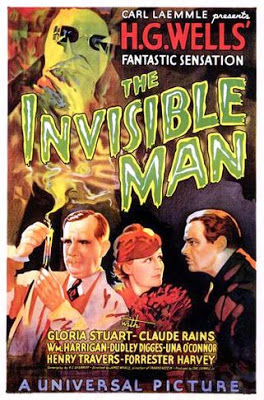 Long the stuff of fantasy, practical invisibility shields have been brought a step closer to reality by researchers who say they have engineered materials that can hide an object by bending ordinary light like balloon animals at a circus.

The researchers, led by Xiang Zhang of the Nanoscale Science and Engineering Center at the University of California, Berkeley, have created two composite materials that possess negative refraction indexes, meaning they bend light opposite to the way most natural substances do. If water exhibited negative refraction, fish swimming in a pool would appear to be in the air above the water.

“This is an important step toward creating a cloak,” Zhang said Monday.

But he insisted the work was not aimed at shielding Federation starships from Klingon battle cruisers. A more practical application, he said, would be to create a so-called “super lens” that could image infinitesimally small objects, enabling the manufacture of still tinier computer chips.

Materials scientists previously have found two-dimensional materials that cause negative refraction, making an object seem to disappear. But the light-bending properties of these materials were unreliable, the science team said.

The Berkeley researchers, whose work appears this week in the journals Science and Nature, created two different, three-dimensional materials that exhibit negative refraction.

The first method involved stacking alternating layers of silver and magnesium fluoride, a transparent compound used in lenses and windows. Then, tiny fishnet patterns — with holes 860 nanometers apart, or less than one-hundredth the diameter of a human hair — were cut into the layers.

Jason Valentine, a UC Berkeley graduate student, said the layers of fishnet work together to bend the light in an unnatural direction. With further development, the material might eventually be able to bend light entirely around an object, channeling it like water flowing around a rock. With no light reflected back at a viewer, the object would not be visible.

The silver-magnesium fluoride material worked only on light frequencies in the infrared range, beyond the visible spectrum. But with a second technique, researchers succeeded in bending light in the red portion of the visible light spectrum.

Among the advantages of these new materials is that less light is lost than with the previous two-dimensional materials.

Jie Yao, a graduate student in applied science and technology, said several obstacles remained before the materials could be put into mass production. The material is expensive to produce, and researchers need to demonstrate negative refraction at all wavelengths of visible light, not just red.

They also must overcome the problem of directionality. At the present time, an object coated in the material could appear invisible in one direction but fully visible in another.

This entry was posted in RagBlog and tagged Nanotechnology, Physics, Science. Bookmark the permalink.