Carl Davidson : Obama, the Democrats, and the Months Ahead 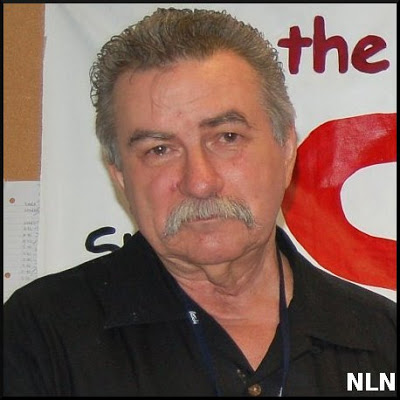 Carl Davidson. Photo by Thomas Good / Next Left Notes.
A report and perspective from the rust belt:
Obama, the Democrats and the months ahead

Carl Davidson will be Thorne Dreyer’s guest on Rag Radio, Tuesday, December 29, 2-3 p.m. on KOOP 91.7 FM in Austin. Carl will reflect on Obama’s year and take a look at what’s ahead for the Left. For those outside the listening area, go here to stream the show.

BEAVER COUNTY, PA — I’ve been hearing from too many left activists who are simply fed up with the Democrats and want to leave the electoral arena — and just when the battles there are getting really interesting, even if we don’t have prospects of major victories. To my way of thinking, our present task is to deepen the divisions there, not walk away from them.

The sooner we stop thinking of the “Democratic Party” as if it were a single entity, the better off we will be. That’s why “Democrat control of Congress” is an illusion. The GOP Blue Dog faction in the Democratic Party combined with the regular GOP make it at least a draw. That’s why everything positive gets gutted and turned into its opposite.

The progressive majority’s forces are pretty much limited to the Progressive Caucus, the Black Caucus and the Latino Caucus, and not even all of them. We are a minority force in those upper spheres, not an emerging majority like we are at the base. We can grow to a larger minority in Congress, but to get a true majority, we’d likely have to split both major parties, and we are not close to having that strength yet.

Otherwise, we are mainly limited to passing things where there is a deep divide in finance capital and other big capital at the top, and where one side of it becomes an indirect ally. That may be shaping up on the Afghan war.

But small and medium-sized capital, as well as some larger sectors of productive capital, have yet to stand up to finance capital on HR 676 even though it’s in their interest to do so. We’ll just have to continue our “long march through the institutions” to get it. A carbon tax, immigration reform, and EFCA are going to be even more difficult.

At this point, we have two interconnected mass democratic tasks. Building the left-progressive pole inside and outside the Dems with groups like PDA and other independent forums, and dividing the GOP right to smash the Teabaggers and their allies. Neither is easy, but starting with a clear head helps a lot.

Here in Beaver County in western Pennsylvania we have about 200 or so PDA people and another few dozen Beaver County Peace Links activists. Almost all are blue collar workers or retirees. We, in this sense, are the active antiwar forces here, as well as the active left-progressive side of the spectrum among the unions and a few other groups.

There isn’t much else, save for the Tom Merton Center, the religious-liberal-green-anarchist bunch in nearby Pittburgh. Together with the unions, they pulled out 10,000 for the G20. We took part in it as best as we could. All told, about 6,000 of the 10,000 were from the wider Pittsburgh region and the nearby campuses. That’s our activist core viewed more widely.

Nonetheless a majority of our county, and certainly a majority of Dem voters, are critical of the wars — but they have yet to take any action other than voting. It’s our task to find the activities they will take up, like coming to a vigil or attending an antiwar educational, or even just honking their horns at our weekly vigils.

For the Healthcare not Warfare Afghan war protests here a few weeks ago, we got out about 60 people in the rain and cold. Not bad, considering. At least half those attending were wearing their union jackets. Besides us, the speakers were union folks and local Dem officials, plus Tim Carpenter from PDA. The speeches pushed and warned Obama, but didn’t attack him personally. They told him what he had to do in order to succeed.

If we didn’t take this approach, working with local Dems, I’d guess we could get out less than 10 people, if anyone bothered at all.

Our next project is to make use of Bob Greenwald’s Rethink Afghanistan from Brave New Films. One of our allies showed it last month at a college in the next county. Plus finding ways to work with the Steelworkers on their new collaborative with the Mondragon Coops.

If you think our strategy is reducible to “supporting Obama,” you don’t understand it. To be precise, our strategy here is to aim the main blow at low-road neoliberal finance capital and its right wing populist allies, allying with high road neoKeynesian initiatives at the top, while developing the left-center coalition among labor, minorities, women and youth at the base.

We do that in the form of expanding our PDA group; it’s platform is Out Now, HR 676, Green Jobs, the Employee Free Choice Act (EFCA), Carbon Tax and Debt Relief. Within that, among the advanced, a few of us do revolutionary socialist education that targets neo-Keynesianism as well. We work with Committees of Correspondence for Democracy and Socialism, and that way we grow CCDS in size, too.

That’s the political and class substance of it. Where Obama stands, and where we stand in relation to him, depends on the ebb and flow. We oppose him where he’s wrong, support him where he’s right, and defend him versus the racist onslaughts of the right.

So yes, I’m suggesting that people elsewhere do likewise — although I’m well aware that conditions vary, and adjustments are required.

If one of the left antiwar coalitions thinks they can pull off a march on DC, we’ll probably rent a bus or two, fill them, and go to it. If we do, we’ll try to network horizontally with others like ourselves, perhaps even meet after the march for a confab of some sort.

But we are not interested in wasting energy or resources getting into national pissing matches and intrigues over slogans and speakers. We’ll simply bring the slogans that make sense to us. But in the end, the antiwar forces need to be reoriented and rebuilt at the base, in alliance with the growth in class struggle activity around the economy.

That’s what we’re doing, and have been doing for some time. Other approaches may point to the future as well, and I’m wide open to hearing about them.

Carl Davidson became widely known in the American left as a national officer of SDS (1966-68), as a writer and editor of the New Left newsweekly The Guardian, and as a leader of the anti-Vietnam war movement. In later years, he took up the study of the social impact of technology and the revolutions in communication and high-tech production. Together with Jerry Harris, he is the author of CyberRadicalism: A New Left for a Global Age.

Most recently Carl worked as webmaster for Progressives for Obama, an independent left-progressive voice in the campaign (now renamed as Progressive America Rising). He is also a leader in the U.S. socialist movement, serving as a national co-chair of Committees of Correspondence for Democracy and Socialism. A longtime resident of Chicago, he recently moved back to the Western Pennsylvania milltowns where he was born and his family resides.

6 Responses to Carl Davidson : Obama, the Democrats, and the Months Ahead