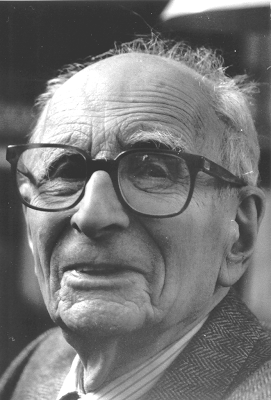 In French sauvage means wild, not necessarily savage. In our language savage means aggressive, a value judgment left over from centuries of exterminations.

Heathens, savages, primitive people, natives. All these words describe a certain section of humanity, but they all mean something different. If confusion about our ancestral past is the price we pay to be modern, then so called “primitive man” will always be a source of much uneasiness. After the period when natives must be displaced and killed off, what do we derive from our relationship with them? Do we try in sad little ways to imitate their rituals at Boy Scout camp or on a football team?

For years the details of primitive people’s lives were catalogued by observers, anthropologists. But it wasn’t until the 1950s that one of these anthropologists, a Frenchman working for the Rockefeller Foundation, began to draw parallels from all the studies that had been made worldwide. 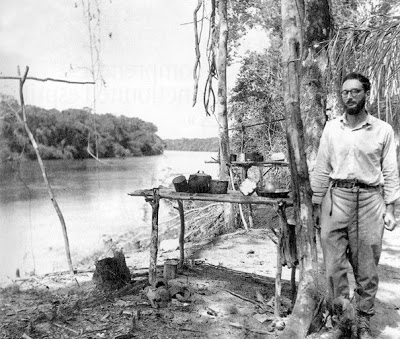 Claude Lévi-Strauss in the Brazilian Amazon, 1936. Photo by Apic / Getty Images.
To Claude Lévi-Strauss, the mind of the “primitive” was not a disorganized collection of confused myths and superstitions, but was in its own way searching for objective reality like all the rest of us. And the vast collection of mythology collected around the world from these types of populations could be catalogued and searched over for commonalities.

Lévi-Strauss himself did some of this pattern work, creating a new school of Western thought known as structuralism. Of course what structuralism points back to is what certain philosophers, psychologists, and poets have claimed all along: the existence of a universal human element, an originating unified matriarchy, one source and one basic pattern for all disparate human myths.

What Claude Lévi-Strauss succeeded in doing was bringing anthropology as a science to the brink of being able to understand human origins. The fact that he himself backed off before embracing the full Rousseau (Noble Savage), the absolute Carl Jung (Universal Unconscious) or the mother of all mythbreakers, Robert Graves (White Goddess), tells you right away he went too far. Two steps further and Levi-Strauss would have been back in alchemy land.

So it was that structuralism was attacked as simplistic, finally superseded by, you guessed it, “post-structuralism.” All male dominant science is ultimately one big ego-driven pissing contest. Truth can never flourish for long if we are to have neverending “progress” and new succeeding generations of intellectual leaders.

Claude Lévi-Strauss, the father of the structuralist school of anthropology died this week. He was a hundred years old.