….Riding on the Dashboard of my Car! 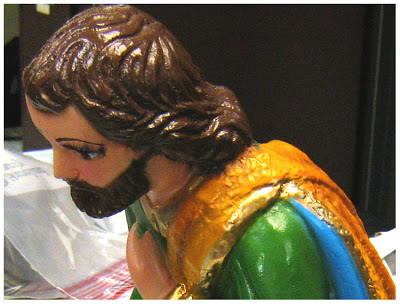 Federal agents last week arrested a Mexican national for allegedly paying a woman to smuggle into the U.S. a statue that was made of a dried cocaine paste. The carefully painted religious icon, pictured here, weighed about six pounds and would have had a street value of about $30,000. The statue was confiscated at a Texas border crossing after a drug-sniffing dog alerted agents to it during an inspection of a vehicle driven by a Mexican woman. The woman later told agents that she was paid $80 by a man who wanted the statue delivered to him at a Laredo bus station.