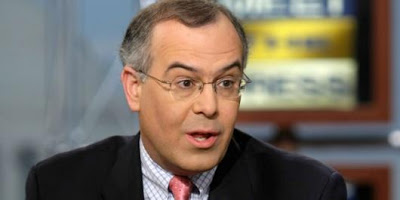 See Video of interview with David Brooks, Below.

David Brooks spoke frankly about the presidential and vice presidential candidates Monday afternoon, calling Sarah Palin a “fatal cancer to the Republican party” but describing John McCain and Barack Obama as “the two best candidates we’ve had in a long time.”

In an interview with The Atlantic’s Jeffrey Goldberg at New York’s Le Cirque restaurant to unveil that magazine’s redesign, Brooks decried Palin’s anti-intellectualism and compared her to President Bush in that regard:

[Sarah Palin] represents a fatal cancer to the Republican party. When I first started in journalism, I worked at the National Review for Bill Buckley. And Buckley famously said he’d rather be ruled by the first 2,000 names in the Boston phone book than by the Harvard faculty. But he didn’t think those were the only two options. He thought it was important to have people on the conservative side who celebrated ideas, who celebrated learning. And his whole life was based on that, and that was also true for a lot of the other conservatives in the Reagan era. Reagan had an immense faith in the power of ideas. But there has been a counter, more populist tradition, which is not only to scorn liberal ideas but to scorn ideas entirely. And I’m afraid that Sarah Palin has those prejudices. I think President Bush has those prejudices.

Brooks praised Palin’s natural political talent, but said she is “absolutely not” ready to be president or vice president. He explained, “The more I follow politicians, the more I think experience matters, the ability to have a template of things in your mind that you can refer to on the spot, because believe me, once in office there’s no time to think or make decisions.”

The New York Times columnist also said that the “great virtue” of Palin’s counterpart, Democratic vice presidential nominee Joe Biden, is that he is anything but a “yes man.”

“[Biden] can’t not say what he thinks,” Brooks remarked. “There’s no internal monitor, and for Barack Obama, that’s tremendously important to have a vice president who will be that way. Our current president doesn’t have anybody like that.”

Obama has the great intellect. I was interviewing Obama a couple years ago, and I’m getting nowhere with the interview, it’s late in the night, he’s on the phone, walking off the Senate floor, he’s cranky. Out of the blue I say, ‘Ever read a guy named Reinhold Niebuhr?’ And he says, ‘Yeah.’ So i say, ‘What did Niebuhr mean to you?’ For the next 20 minutes, he gave me a perfect description of Reinhold Niebuhr’s thought, which is a very subtle thought process based on the idea that you have to use power while it corrupts you. And I was dazzled, I felt the tingle up my knee as Chris Matthews would say.

And the other thing that does separate Obama from just a pure intellectual: he has tremendous powers of social perception. And this is why he’s a politician, not an academic. A couple of years ago, I was writing columns attacking the Republican congress for spending too much money. And I throw in a few sentences attacking the Democrats to make myself feel better. And one morning I get an email from Obama saying, ‘David, if you wanna attack us, fine, but you’re only throwing in those sentences to make yourself feel better.’ And it was a perfect description of what was going through my mind. And everybody who knows Obama all have these stories to tell about his capacity for social perception.

Brooks predicted an Obama victory by nine points, and said that although he found Obama to be “a very mediocre senator,” he was is surrounded by what Brooks called “by far the most impressive people in the Democratic party.”

“He’s phenomenally good at surrounding himself with a team,” Brooks said. “I disagree with them on most issues, but I am given a lot of comfort by the fact that the people he’s chosen are exactly the people I think most of us would want to choose if we were in his shoes. So again, I have doubts about him just because he was such a mediocre senator, but his capacity to pick staff is impressive.”

Video of Interview with David Brooks shot by Rachel Sklar