Fairie Tale About the Economy : You Gotta Believe 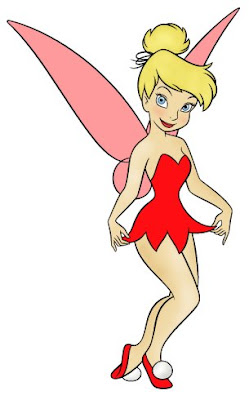 ‘Healing our sick economy is going to take the power of faith.’
By Roger Baker / The Rag Blog / October 9, 2008

Interestingly enough, those who understand the mysteries of the US economy advise us that once we have faith in the political and business leadership — then will our capitalist economic system have what it takes to recover. Thus it was with Tinker Bell the Fairy; only when the children believed could she recover. I believe the same principle applies to faith healing at prayer meetings and religious revivals.

Healing our sick economy is going to take the power of faith. Do you sincerely believe in our leaders in Washington? And the bankers too?

…The market — and the economy — will improve only once investors have confidence in the political and business leadership again. Unfortunately, that may take months or even years. The United States has entered uncharted territory, and there are no easy answers or solutions.

…In the story if not enough people believe in fairies, Tinker Bell will die from drinking poison. The resulting plea by Peter calling out to children everywhere to sustain her, is a moment of childhood realisation that Tinkerbell should be immortal and is just too hard to believe especially as Peter has an everlasting childhood in which real death and sadness cannot exist. Long live Tinkerbell is the cry and has meant that many versions of this little fairy has inspired artists all over the world to create their own ‘Tink’ and for many children this is their introduction to the wonders of Fairyland…