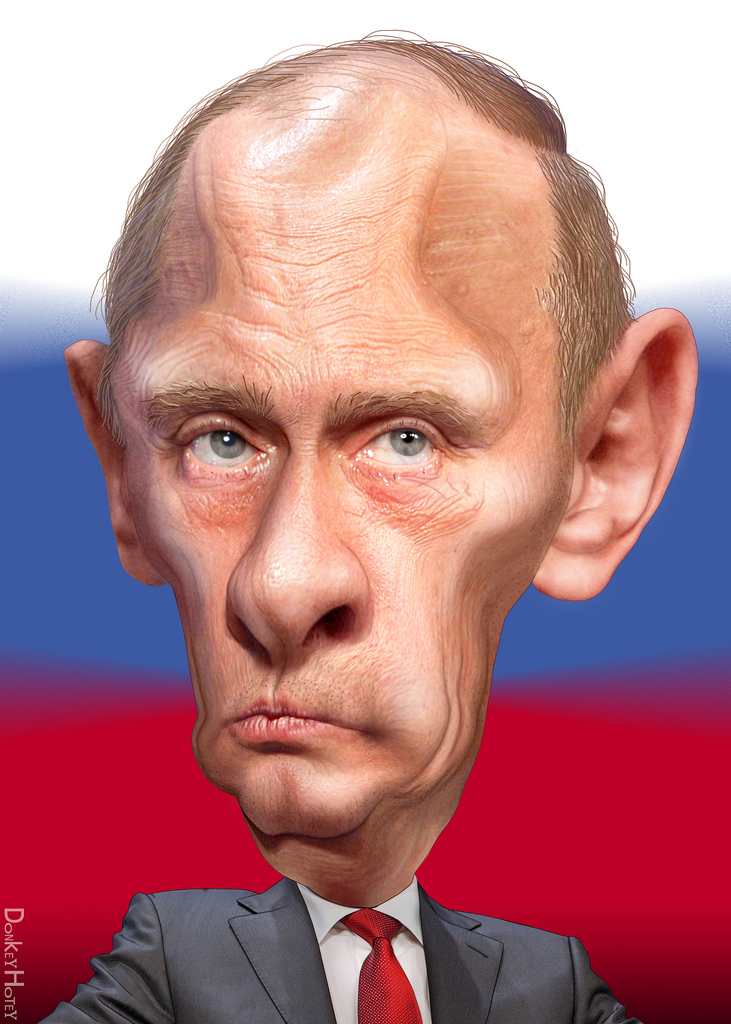 In his recent opinion piece in Bloomberg, a publication dedicated to inculcating the pro-capitalist mentality, Jonathan Bernstein blandly asserts that Russia is “a nation basically hostile to the United States.” Here he is stating a cornerstone foundational concept of the American imperialist narrative, a concept which stands reality on its head.

One must ask, do these belligerent and hostile Russians ring our borders with guided missiles? Do they station their troops among our neighbors and promote self-serving subversion of their governments? Do they patrol our shores with naval battle groups? Do they form alliances against us? And did Russia subvert our 1996 presidential election to get an alcoholic pawn of Russian financiers in office?

Well, no. That’s what the USA does.

The reality is that , which the Russians have recently cut by at least 7%, by some estimates as much as 25%. When is the last time the U.S. cut its military budget by 7%? Answer: never.

The U.S. has an estimated 900 foreign military bases. Russia has two, one in Syria, one in Vietnam. Of the world’s 17 in-service aircraft carriers, a purely offensive weapon, the U.S. has 10, including all the biggest. Russia has one and it normally stays in the Black Sea while U.S. carrier battle groups roam the Straits of Hormuz and the South China Sea.

Who is the aggressor?

The reality is that it has consistently been Russia reaching out to the U.S. for improved relations which the U.S. consistently rejects. Why is Russia the most pro-Trump country in opinion polls? Hardly a mystery. Simply because Trump promised better relations with Russia and Hillary Clinton had a long history of being openly hostile to them and subverting the governments of their allies. Had Vladimir Putin failed to support the election of Trump in some way, he would have been remiss in his responsibilities to the Russian people.

Russia will no longer tolerate U.S.-sponsored coups in neighboring countries.

But although Russia wants better relations, they will no longer tolerate U.S.-sponsored coups in neighboring countries long allied with Russia, that overthrow democratically elected pro-Russian governments and replace them with fascist-led anti-Russian stooges of the West, the basic situation in Ukraine. U.S. intrusions such as that will result in pushback. A close analogy would be to consider the likely U.S. reaction to a pro-Russian, anti-US coup outside the normal democratic process in Mexico or Canada.

The bottom line question is do you want friendly relations with Russia, a country, like the U.S., that has enough nuclear weapons many times over to end all life on the earth for at least the next few million years. One must wonder at how nuclear disarmament, which Chomsky ranks with climate change as the two foremost existential threats to human survival, might be accomplished as long as the U.S. insists on considering Russia its primary adversary, largely in order to sustain its bloated war industry with a serviceable enemy for propaganda purposes.

Russia’s domestic policies are entirely of secondary concern compared to human survival, especially among those, such as citizens of the U.S., who have no standing in Russian domestic issues. Regardless of how much you may hate his domestic policies as they are depicted in the U.S. corporate press, one can hardly ignore the fact that Putin enjoys overwhelming popularity among the Russian citizenry, repeatedly polling between 70-80% approval according to quite reputable sources. Americans have the hubris to tell them they’re wrong.

Compared to some of the regimes that are BFF with the U.S., Putin is a minor demon.

A glaring reality is that, as insidious as you might consider Putin to be, compared to some of the regimes that are BFF with the U.S. (e.g., the Saudis), he is a minor demon at best. I’ve observed that Putin’s most histrionic and obsessed critics can’t even name the leader of Saudi Arabia. Regardless of Putin’s alleged crimes, I haven’t noticed him chopping off the heads of apostates in Red Square lately.

Women in Russia drive, vote, and leave the house without male relatives. And you would probably rather be gay in Moscow than in Riyadh, where “the law punishes acts of homosexuality or cross-dressing with execution, imprisonment, fines, corporal punishment and/or whipping/flogging.” So if your presidents can hold hands with King Salman, they can hold hands with Vladimir Putin in the interest of world peace and survival.

One must logically be skeptical of Putin’s reputation in the western corporate media, given that he is obviously the object of a typical U.S. prerequisite demonization-of-the-next-victim campaign. I go back to when Ho Chi Minh was a heartless dictator on every American front page. Same with Assad, same with Gaddafi, same with Hussein, same with the Ayatollah, same with Daniel Ortega, same with Allende, same with Fidel, etc, etc, ad nauseum.

SOP for aggressors is to paint their potential adversary as a monster. Americans fall for it every time. Reminds me of when Hitler convinced the sophisticated Germans that the Polish horse cavalry was about to attack his tanks.

Meanwhile, while on the subject of WWII, take note that the one person most responsible for the defeat of Nazi Germany was Joseph Stalin. Franklin D. Roosevelt, our most revered president in the 20th century, considered Uncle Joe his most crucial ally (since the Red Army was doing about 80% of the actual fighting), had a warm relationship with him, and at Yalta stated, “Stalin doesn’t want anything but security for his country.”

I dare say that is Putin’s top priority as well.

2 Responses to David P. Hamilton :
To Russia with love