Dr. Stephen R. Keister : I Cry for my Country 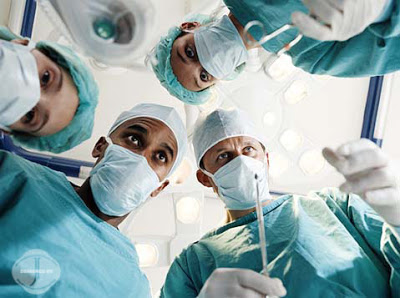 I cry for my country:
The state of health care in America

“Laissez-faire, supply-and-demand, — one begins to be weary of all of that. Leave all to egotism, to ravenous greed of money, of pleasure, of applause; — it is the gospel of despair.” — Thomas Carlyle, 1843.

Our dear friend, Dr. Stephen R. Keister, turned 90 on Sunday, October 9. For the last three years Steve has written — with a unique and singular voice — dozens of columns about the sad state of our health care system. And in that time he has become the heart and soul of The Rag Blog. He claims this is his last column, but we promise not to hold him to that commitment! We hope he will continue to share his wisdom with us for many months to come.

In the meantime, look for Sarito Carol Neiman’s Rag Blog feature article on the life and times of Dr. Stephen R. Keister. Coming soon to a Rag Blog near you!

— Thorne Dreyer, for everyone at The Rag Blog.]

Having passed the age of 90 I wish that my final days could be days of happiness and good wishes for those about me; however, it appears that fate has ordained otherwise. It would be a great course of satisfaction to see an enlightened, progressive United States as a homeland for my grandchildren. Instead we find a nation that is descending into quasi-feudalism and subservience of the many to the few.

With that in mind, I approach my final column for The Rag Blog with a few observations about medical care in the United States.

Rarely do I watch television as I find it stultifying, by and large, save for a few generally open and informative presentations on MSNBC. I did, however, watch on ABC news report about a day of free medical care at the Los Angeles Coliseum where hundreds of the poor, underprivileged, uninsured stood in line — many of them all night — to gain admission to a day of free care provided by volunteers from the L.A. area.

This is my country! This is the nation that spends twice what any other civilized nation spends per capita on health care! This is what the corporate leaders and their political prostitutes have to offer for the coming years! This is what the Republican presidential candidates condone and would promote for the future health care of our country, and for which the current administration has crafted, for political purposes, a faux health care bill, dictated by the insurance consortium and the pharmaceutical industry.

We, in the United States, have the ultimate in health care rationing — and it’s rationing based on one’s ability to pay.

Nation of Change featured an article by Noam Levey titled, “U.S. Health Care Falls Further behind Peers, Report Finds.” The article, notes that “The U.S. health care system is lagging further and further behind other industrialized countries on major measures of quality, efficiency, and access to care, according to a new report from the nonprofit Commonwealth Fund, a leading health policy foundation.” The report in full is available here.

In its fall newsletter, Physicians for a National Health Policy (PNHP) reveals many more facts that surprised me and may surprise you. For instance:

And then there’s hospice care:

One bit of light is the California Medical Association’s resolution to legalize marijuana. A tiny bit of encouragement, but a very long way to go.

This old geezer can find nothing to relieve my depression regarding the future of health care in our fair country. The moral decay, the worship of wealth, and the lack of Christian charity appear to create a situation that worsens by the day.

I find no hope within either political party as both are whores to the corporate interests that dominate our society. The sole voices of hope that appear to reach the public in general come from the “99%” movement and Dylan Ratigan’s campaign for a constitutional amendment to do away with money in politics.

Unlike in Europe, where the populace has a basic understanding of the existing domestic situation, the average American appears to be entirely moved by nothing but the sloganeering of the political Right.

I cry for my country, and while asleep I hear in my dreams the mass gatherings of my youth singing, “Arise ye prisoners of starvation, arise thee wretched of the earth, for justice thunders condemnation, a better world’s in birth.”

Graphic from The New York Times.

3 Responses to Dr. Stephen R. Keister : I Cry for my Country