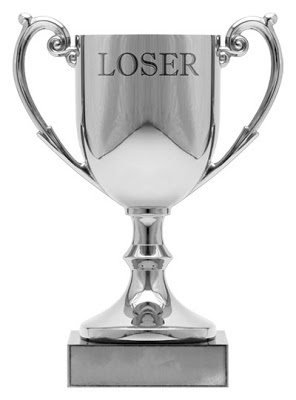 …in recognition of his great achievement in electing female Democratic senators.

I want to personally thank you and congratulate you on your tremendous electoral successes for Democratic Senate candidates this year. Thanks to your feckless leadership as chair of the NRSC, Democrats not only retained our majority in the Senate, we actually picked up a seat and helped elect and re-elect several strong progressive women.

It’s kind of remarkable. Democrats entered this cycle needing to defend 23 seats to the Republicans’ 10, and yet we managed to make gains!

As a matter of fact, come January, 20% of the Senate will be women, the highest share in the history of the upper chamber. It’s a good start, and it wouldn’t have been possible without your efforts.

Now, to be fair, one of the newly elected female Senators is a Republican — Deb Fischer of Nebraska. She’ll join Lisa Murkowski, Susan Collins, and Kelly Ayotte in the female Republican Senators club, where they can privately grind their teeth every time the male members of their delegation do stuff like try to block the re-authorization of the Violence Against Women Act.

Thank you, Big John, for recruiting and standing by candidates who hold ass-backwards attitudes towards women, rape, and pregnancy. You stood by Richard Mourdock when he said God intended rape pregnancies to happen and called them “a gift.” Earlier this cycle, you failed to force Todd “Forcible Rape” Akin out of the Missouri Senate race, then succumbed to immense pressure to withdraw the NRSC’s financial support from his campaign.

Now, in the election post-mortem some media outlets are blaming you for refusing to help Akin, as if it’s your fault that Republicans didn’t pick up the seat. I guess the Missouri body politic just had a way of shutting that whole race down.

Come January, you’ll be joined in the Senate by Elizabeth Warren, who dispatched truck-drivin’ Wall Street incubus Scott Brown — the one who like you voted against the Lily Ledbetter Fair Pay Act, which gives women equal pay for equal work. (Out of curiosity, do you think female Senators should be paid less than their male counterparts? Don’t answer that. No wait, do. You’re up for election in two years.)

Do you remember the tough-talkin’ statement you released when President Barack Obama appointed Elizabeth Warren to serve as Assistant to the President and Special Advisor to the Secretary of Treasury on the Consumer Financial Protection Bureau? Let me refresh your memory:

Another day, another unelected czar is added to the Obama Administration. The President’s reliance on unelected czars to implement his radical agenda skirts the very checks and balances our nation was founded upon, and directly contradicts President Obama’s pledge to be the most transparent Administration in history. What is transparent is that making Elizabeth Warren his “consumer czar” is an obvious political favor to special interest groups — like labor unions and liberal grassroots organizations — meant to invigorate them 50 days before an election.

“Unelected czar.” Hey John, you know what you can call Elizabeth Warren now, when you yield to her on the floor of the US Senate? The Gentle Lady from Massachusetts.

The best news is that your spectacular failure will pay Democratic dividends for years. Four Supreme Court Justices are over 70 years old, and it’s possible that President Barack Obama will be able to appoint the next four justices to the bench during his second term. So far he’s appointed two women. His next four appointments will likely protect Roe v Wade, and possibly hear major cases pertaining to marriage equality.

I look forward to writing snide commentary about your efforts to block President Obama’s appointees from their “upperdown” as a member of the judiciary committee. Maybe you can come up with something more original than “czar” this time?

All in all, it was a great night for Democrats in Tuesday, especially Democrats running for the U.S. Senate. So thank you, John, for all you did to make these historic gains for women and Democrats possible.

Keep it up. Make sure your party continues to be dominated by right-wing, misogynist, nativists who support dismantling the basic functions of government. It may work in Texas (see also: your new colleague Ted Cruz, who may start stealing all the headlines once he brings his special brand of crazy conservative sanctimony to D.C.) but increasingly that mode of thinking is working less and less.

[Katherine Haenschen, an Austin-based activist, political organizer, and blogger, is editor in chief of the Burnt Orange Report.]