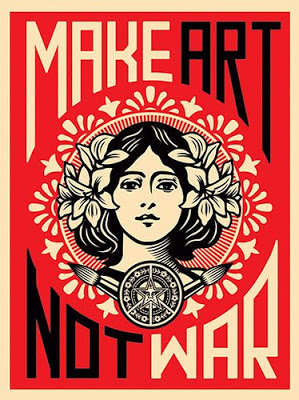 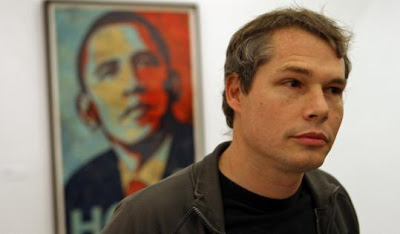 Frank Shepard Fairey: ‘They are suppressing an artist’s freedom of transformative expression.’

Artist Frank Shepard Fairey criticized Boston police today after he pleaded not guilty to graffiti-related charges, questioning the “motivation and the timing” of his arrest on Friday hours before his opening at the Institute of Contemporary Art.

Police arrested Fairey at about 9:15 p.m. on Friday as he was heading to the “Experiment Night” event at the ICA, where more than 750 people were waiting for him to appear. The arrest was timed, Fairey said, “in a way that was designed to create as much inconvenience for me and the museum as possible.”

Police have said that warrants for Fairey’s arrest were issued on Jan. 24 for damage to property due to graffiti. A police spokesman did not immediately respond to a phone message when asked about Fairey’s comments about the timing of his arrest.

An arrest affidavit filed today described Fairey as an “idol to members of the graffiti subculture” who has been defacing property in Boston since 1989. Fairey’s signature tag is a stencil of the professional wrestler Andre the Giant and the words “Obey the Giant” or “Obey.”

When Fairey returned recently to Boston for his show at the ICA, he allegedly “victimized new properties while defiantly stating in media outlets that he will not stop his unauthorized posting of his tag,” according to the affidavit requesting a warrant for his arrest. “Suspect Fairey continues to engage in a constant and systemic assault on Boston Neighborhoods.”

In media interviews leading up to his ICA show, Fairey admitted, according to the affidavit, “illegally tagging property … recently in Boston.”

Fairey, 38, has gained prominence for his “Hope” image of President Barack Obama, which has been hung in the National Portrait Gallery in Washington. The Los Angeles-based artist is locked in a dispute with The Associated Press over whether he illegally used a copyrighted AP photo to create the poster. Fairey told reporters today that he filed a counter suit against the AP today in federal court in New York.

“They are suppressing an artist’s freedom of transformative expression,” Fairey said.

As Fairey appeared in courts in Brighton and Roxbury today, his defense attorney said that additional graffiti-related charges are being filed against the artist.

The defense attorney, Jeffrey P. Wiesner, referenced the new charges today as he criticized Boston police in comments made after Fairey appeared in Brighton District Court. Wiesner said that police exercised “bad judgment” when they arrested his client for allegedly pasting art without permission.

“And I think it is bad judgment that they are now seeking further charges,” Wiesner said.

Boston police would not discuss any additional charges. “They have some other incidents in which the suspect has been implicated,” said Officer Eddie Crispin, who declined to provide specifics. “The investigation is still ongoing.”

According to the arrest affidavit filed today, Fairey has committed at least six acts of vandalism within the City of Boston. A hearing has been scheduled in Brighton on March 10 when a clerk magistrate will decide whether there is evidence to support additional charges, Wiesner said.

Fairey was released on personal recognizance after his brief hearings in Brighton and Roxbury. Dressed in a suit coat and dark collared shirt with no tie, Fairey appeared with four representatives from the ICA.

The Brighton charge dates to Sept. 16, 2000, when a police officer allegedly saw Fairey post a tag in Allston. At the time, Fairey was carrying “an ‘excessive’ amount of graffiti propaganda and stickers, according to the arrest affidavit filed today. Fairey never appeared in Brighton District Court to face the charge, which carries a possible fine of $100.

The case is Roxbury Municipal Court is much more recent. According to court documents, Fairey allegedly defaced a Massachusetts Turnpike Authority building at Massachusetts Avenue and Newbury Street. Fairey is accused of stenciling five images of a black-and-white face above the word “Obey.” The charge carries a maximum sentence of two years in the Suffolk House of Correction and could force Fairey to pay restitution and lose his driver’s license for year, according to his lawyer. Fairey has told the Globe he has been arrested 14 times.