‘I-DJ’ is a head-nodding, toe-tapping dance through Chicano and LGBT history. 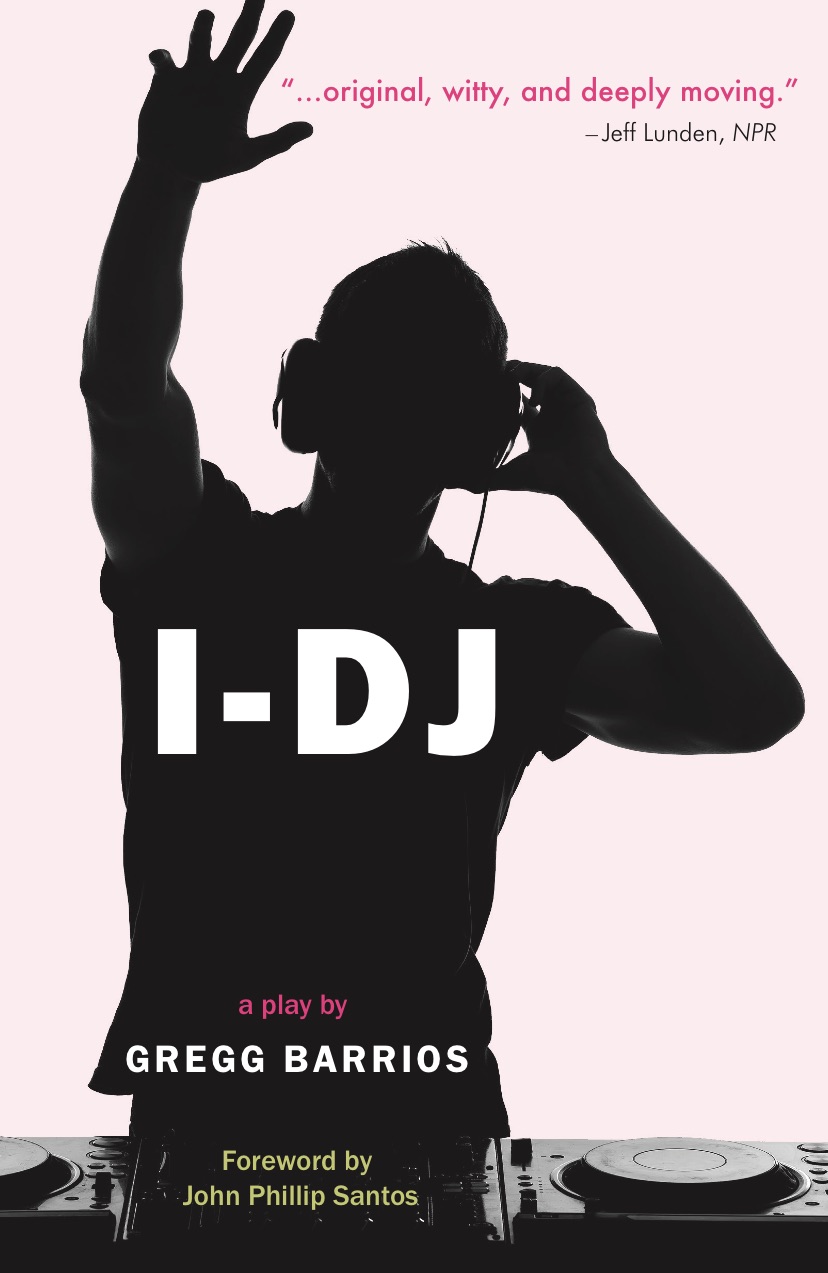 Author, poet, and playwright Gregg Barrios has broken many sound barriers in his life and career, and he broke another one at last November’s Texas Book Festival in Austin.

His new play, I-DJ (Hansen Publishing, 2016), was the first play to be featured at the Texas Book Festival. Barrios was a bit stunned that no other published plays had been on the program at the annual two-day book extravaganza at the Texas State Capitol.

“Why is it so rare to think people read plays?” Barrios wondered. But he hastened to add that he was very honored to have his play in the program.

I-DJ is a delightful, bawdy, and heartfelt tale of the coming of age of a gay Mexican-American, Amado Guerrero Paz, who works by night as a DJ in the gay club scene of LA in the ’80s. The story of Amado’s life is told through the music of the ’60s, ’70s, and ’80s, especially pop artists who recorded for A&M Records.

There is the crush on Herb Albert and his Tijuana Brass. There is the sing-along with The Carpenters’ “One Fine Day,” and Cat Stevens (“Peace Train”). I-DJ teaches us about the early Latino artists who were some of the firsts to be recorded on a major label, like Chris Montez’ and his “Call Me.”

I-DJ has some yuk-yuks too, with its character Amado creating a new persona by changing his name to a gringofied version, “Warren Peace.” Warren claims a passion for Shakespeare’s Hamlet (he calls it “Ham-a-lot”).

I-DJ is a head-nodding, toe-tapping dance through Chicano and LGBT history, through a shared almost universal music history that is part of almost everyone who grew up in the U.S. in the ’60s-’80s. And through the marvel of the Internet and YouTube, younger people can relive it anew with us old-timers.

Joel Celestino Settles, performed part of the two-act drama at the Texas Book Festival. Settles, a San Antonio-based performance artist and playwright gave a riveting performance as DJ Amado (aka Warren), living and loving and struggling with his gay identify in the macho culture of LA in the ’60s and ’70s. But always rising above adversity with his headset on and lip syncing his beloved music.

Gregg Barrios is an accomplished playwright and poet. His plays include Rancho Pancho, about Tennessee Williams’ lover Francisco Rodriguez, and A Ship of Fools about the life of the Texas writer Katherine Ann Porter and her Mexican-American biographer.

Gregg is a renaissance person in the truest sense. He was a filmmaker in the psychedelic era of the 60’s. As a University of Texas film student, he traveled to New York City in 1967 where he hung out with Andy Warhol at the Factory, wrote art reviews of Warhol’s work, and began his long career as an art and culture critic. Some of his earliest work was published in The Rag, Austin’s underground newspaper where this writer followed as a Rag staffer seven years later.

Barrios led a panel discussion on the art and culture in The Rag as part of the 50th year Rag Reunion in Austin this past October and his Rag article, “Dandy Andy Warhol,” was published in the new book, Celebrating The Rag: Austin’s Iconic Underground Newspaper, that has gained national attention.

Barrios taught high school history in Crystal City, Texas, during the height of the Chicano civil rights movement when Mexican-Americans peacefully overthrew the white power structure that had long ruled the city and the school district. He is a 2013 USC Annenberg Getty Fellow, and serves on the board of directors of the National Book Critics Circle. He was inducted into the Texas Institute of Letters in 2015.

If you can’t see the play right away, you can buy the book!