Harry Targ : The 2010 Elections and the Battle of Ideas 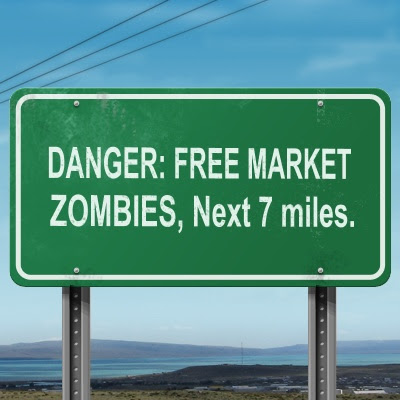 Image from UCAN.
Assessing the 2010 elections:
Towards building a progressive majority


First, we need to communicate the basic proposition that the free marketers’ ideas do not make sense.

On ideology and consciousness

In an essay, called “The German Ideology” Karl Marx argued that the ideas of the ruling class are the ruling ideas. While the relationship between ideology, dominant societal values, and ruling classes is more complicated today than Marx observed in the 1840s, the basic point is well taken.

The relative legitimacy of ideas is related to the power in society of economic and political elites. If people could hear or read different ideas they would be in a better position to choose which ones best fit their interests.

Six media complexes control more than half of the communications about the world that Americans receive via television, radio, music, movies, and the internet. Today, the “battle of ideas” is fought out between those multinational corporations that speak for the “far rightwing” in American political life (probably most supported by domestic capital, real estate, insurance and energy companies) and those that represent global finance capital.

Media corporations present news and opinions reflecting modest, not fundamental, differences about policies, programs, and institutions. Basically they all represent the interests of the largest sectors of capitalist institutions in the international political economy.

For the most part, mainstream media ignore the peace movement, trade union activism, anti-racist struggles, the environmental movement, and the global connections among all these movements. When working people appear on local television screens, they are usually presented as victims, as the powerless, not the empowered.

In this context building a progressive majority requires multi-level struggles over the communication of diverse ideas about how political and economic structures and processes work and what alternatives there are to them. As difficult as it might be, the coming period requires an escalation of the battle of ideas, a battle for the consciousness of the vast majority of the people.

Commanding Heights: The battle of ideas

A few years ago, PBS aired a six-hour series on the importance of the new age of “globalization.” They framed their portrait of late twentieth century economic and political history around the key “battle of ideas” that shaped the century. Reduced to its most vital core, the broadcast claimed that the greatest debate of the twentieth century was that between free marketer Frederick Hayek and mixed economy capitalist theorist John Maynard Keynes.

In intricate detail, the video pointed out how Keynes captured the consciousness of ruling elites and masses during the Great Depression of the 1930s and influenced the post-war global economic order framed by the International Monetary Fund, the World Bank, and programs such as the Marshall Plan.

In addition, British Labor Party policies after the war were highlighted as examples of the Keynesian approach (which, alas, the video suggests was proven to be erroneous by the rise to power of Margaret Thatcher in the late 1970s). It is interesting to note that revolutionary socialism from the Bolshevik Revolution, to China, to Cuba, to the rise of dependency theories about the global economy were all subsumed under the mantel of Keynesianism.

The polar opposite to the Keynesian model of society was reflected in the personage of Frederick Hayek, obscure Viennese economist who worked, almost by stealth, to build a core of supporters to retake intellectual power when the mixed economy approach of Keynes would falter. Hayek built a network of economic gurus from the University of Chicago, the world of fiction (such as Ayn Rand), and the right wing of the Tory Party in Britain and the Republican Party in the United States.

Their fundamental theoretical proposition was that markets were good for people and government was bad. The video pointed out that this ideology, known around the world as “neoliberalism,” became dominant in these two countries in the 1970s, in international financial institutions, and among marginalized elites, mostly military dictators, from the Global South. The collapse of most Socialist states in the late 1980s confirmed, the documentary claimed, what the followers of Hayek had been arguing since the 1920s.

Central to the approach of descendants of Hayek is that markets, when “free,” can provide for the greatest good for the greatest number of people. Markets stimulate productivity, growth, equality, and the maximum development of each and every individual who takes advantage of the opportunities that free enterprise offers the citizenry.

When pain and suffering prevail, the theory proposes, the heavy hand of government lurks in the background. Government for these analysts is the problem not the solution. Finally, these theorists claim, history has validated Hayek.

The problem with the free market approach is that it is dead wrong, theoretically, historically, and empirically. There is no question that sectors of the world have experienced enormous growth, technological advancements, and miraculous feats such as space travel but they have all come on the backs of millions upon millions of people who have lived lives of pain, hunger, despair, and brutal dehumanization. Tiny percentages of the world’s elites have thrived on the backs of over 90 percent of the world’s people ever since capitalism emerged from the vestiges of feudalism.

Furthermore, the economic growth and development in the era of capitalism have been intimately connected with the rise of state power, not in the service of humankind, but in the service of economic ruling classes. Navies, armies, munitions all came from state resources. The evil slave trade, the backbone of modern capitalism, could not have been created and sustained without state power. In the Western Hemisphere, it was government armies, serving the interests of emerging capitalist elites, that committed genocide against peoples from the North Pole to the South Pole.

On a more positive note, as a result of mobilizations in support of mass demands, governments have provided some health care, public education, libraries, roads, and research and development that have improved the lives of some of humankind. There never was a time since the rise of capitalism that state power was not central to whatever human development has occurred.

Finally, capitalism is a system based on the maximization of profit, more and more capital accumulation, and increasing power, spatial control, and the control of the minds and actions of all humankind. It is in the very logic of the economic system that this must occur. However, governments from time to time have mitigated the unbridled growth of power and control of capital when the traditionally disenfranchised and exploited have demanded reforms or revolution.

If we return to the “battle of ideas” as portrayed in the documentary Commanding Heights, the claim was made that in the twentieth century the followers of John Maynard Keynes successfully challenged the free marketers’ philosophy. Keynes recognized that capitalism created disruptions both in terms of growth and the well-being of workers. He argued that some governmental intervention was needed to override short-term economic crises.

This perspective gained influence when coupled with mass demands for change from workers. Governments that adopted mixed economies, such as reflected in the New Deal policies of the Roosevelt administration, were designed to mollify militants. The Keynesian “revolution” was designed to “save” the capitalist system from those who demanded a new system.

We have to find a way to engage more effectively in “the battle of ideas.” First, we need to communicate the basic proposition that the free marketers’ ideas do not make sense. They are not logical. If these ideas were ever relevant it was in tiny villages and rural communities before the capitalist revolution.

Second, some government policies within the capitalist system can help people today. We need to allocate much more government money to create jobs — public and private — to build a new green economy. People employed by the state are workers just as are those who work for the private sector. Those who argue that government now has to cut back on expenditures and give more tax breaks to the rich are narrowly self-interested or ill-informed.

Third, we also need to make it clear that while governments representing the interests of working people provide the only alternative to the unbridled accumulation of power by the economic ruling classes at this time, we will have to create a new system in the long run where there are no economic ruling classes.

But for now the first educational and activist priority is convincing the people that the policies advocated by Republicans, most Democrats, and Tea Party spokespersons do not make sense. Saying “YOUR IDEAS DON’T MAKE SENSE” to the claims Rand Paul made in his interview with Wolf Blitzer is a place to start.

1 Response to Harry Targ : The 2010 Elections and the Battle of Ideas