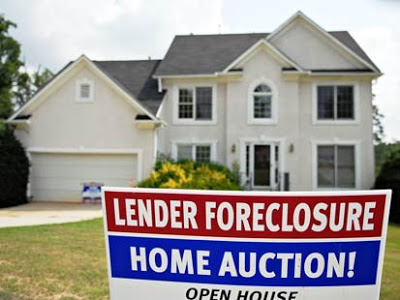 BOSTON — More than 8 million mortgages could go into foreclosure in coming years in the wake of the credit meltdown as the economy worsens and the U.S. suffers more job losses, according to a recent report.

“Despite some initial signs that subprime foreclosures were near a plateau, the combination of severe weakening in the economy, continued decline in home prices, steady increase in delinquencies, particularly in the prime mortgage space, ensure that foreclosure numbers, absent more dramatic intervention, will march steadily higher,” Credit Suisse wrote.

Federal officials are struggling to find ways to restructure home loans to ease foreclosures as home prices continue to fall around the country. However, regulators are finding it difficult to modify mortgages because many were packaged up into complex credit vehicles and sold to large investors around the globe.

Earlier this week, Office of the Comptroller of the Currency director John Dugan released statistics showing a high re-default rate on mortgages that have been modified in the first two quarters of 2008.

“The results were surprising, and not in a good way,” Dugan told a gathering in Washington at the Office of Thrift Supervision’s annual conference.

According to the OCC statistics, which looked at loans modified in the first quarter and second quarter of 2008, 36% of borrowers had re-defaulted by being more than 30 days past due and after six months the rate was roughly 56%.

Dugan acknowledged that not all re-defaulted mortgages go to foreclosure, but he argued that the number was very high. He said he was not sure why there was such a high level of re-default, pointing out that it may be because the modifications were not low enough to be affordable.

Additionally, Office of Thrift Supervision director John Reich on Monday said rather than modifying mortgages, focusing on job creation might be a better use of federal dollars. Reich’s statement clashed with Federal Deposit Insurance Corporation Chairwoman Sheila Bair over the best way to use government funds to end the financial crisis. Read more on the failure of many mortgage modifications.

Meanwhile, Credit Suisse said that if home prices continue to spiral down, more and more mainstream borrowers could end up walking away from their homes, especially if the mortgage is worth more than the value of the house.

“Thus far, the population of subprime borrowers in the U.S. is relatively small,” the analysts wrote. “However, the severe recession that appears more and more likely, coupled with the collapse of confidence in housing and resultant foreclosures and the impact on credit scores, risks transforming the U.S. into a subprime society.”

Adding to the headwinds, a deteriorating labor market will put more pressure on foreclosures, they said.