Hunger: The Real Killer in Afghanistan 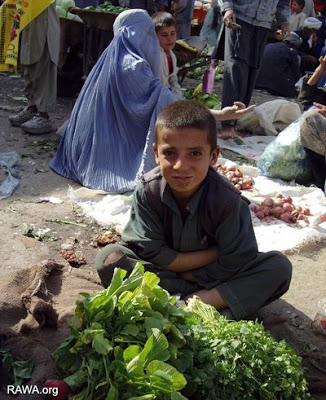 At least 8.4 million Afghans are facing food shortages as a result of poor harvest, drought and inadequate irrigation. World Food Programme calls for at least 95,000 tonnes in food aid by February.

A team of experts from the Royal United Services Institute (RUSI), a leading British defence think-tank, said that famine is a greater threat to Afghanistan than the Taliban.

According to its data an estimated 8.4 million Afghans are now suffering from malnutrition and food insecurity.

A combination of factors—from rising global food prices to a summer drought—have created the conditions for famine in Afghanistan. The approaching winter is making things even worse.

The local population are more interested in food aid from the international mission that protection against terrorism.

“Afghanistan may be on the brink of a calamity which has the potential to undermine much of the progress which has been achieved there, especially in areas ostensibly free of insurgent activity,” the RUSI said.

The United Nations World Food Programme has estimated that the country will need 95,000 tonnes in food aid.

“This year alone, DFID has contributed £20.5 million to alleviate the food shortages in Afghanistan,” a spokeswoman for the UK Department for International Development said.

But greater measures are needed. The “best way to deal with the humanitarian situation in Afghanistan is through the recovery voucher scheme which supports farmers in drought-affected provinces in the north and north-west of the country.”

“This is designed to increase the purchasing power of poor farmers to ensure that they are able to purchase agricultural inputs including seeds, fertilisers and tools.”

UN’s special representative in Afghanistan has appealed to insurgent leaders to allow aid workers to distribute food ahead of winter.

This entry was posted in RagBlog and tagged Afghanistan, Hunger, Poverty. Bookmark the permalink.