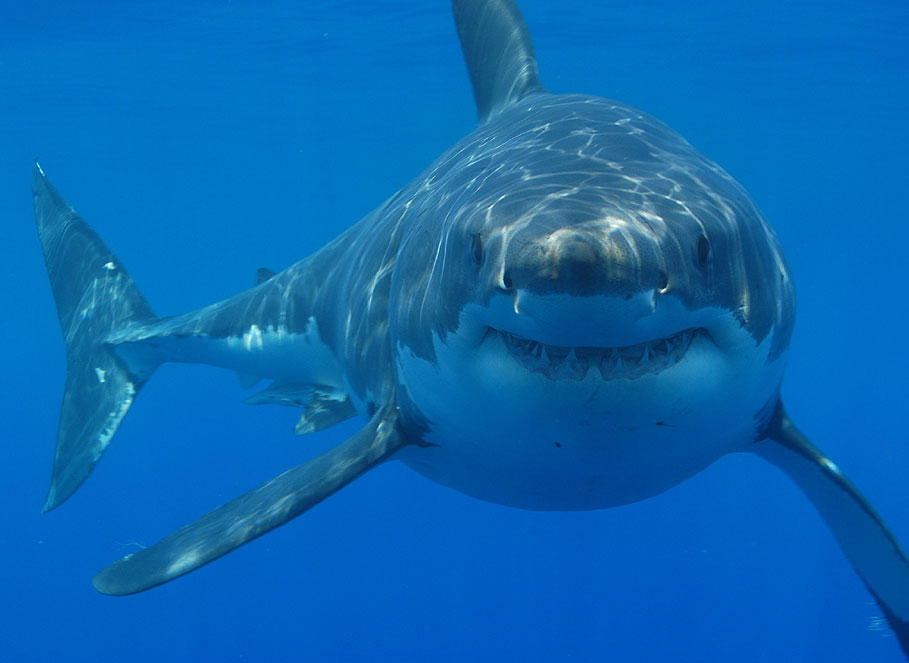 On September 11, 2001, George Bush, Dick Cheney, Donald Rumsfeld, Condoleezza Rice, et. al., were either negligent about or complicit in the terrorist attacks that killed thousands of Americans. There is no third alternative. We require a thorough judicial proceeding to determine which it was. Fifteen years later we still need to know.

Which presidential campaign will promise to find the truth?

■ Sharks are attacking humans in unprecedented numbers around the world. What’s pissing them off? Has our wanton pollution of the seas literally come back to bite us?

■ Antonin Scalia’s death leaves Justice Clarence Thomas the undisputed oxymoron of the U.S. Supreme Court. President George H.W. Bush cynically decided to replace the fierce, brilliant civil rights advocate, Thurgood Marshall, with a party hack, just because he was African-American. His character was laid bare at his confirmation hearings. But cowardly Senate Judiciary Committee members (e.g., Biden, Hatch, Grassley, Specter, Leahy, et. al.) did not credit the testimony of women. A product of Affirmative Action, who would deny it to others, Thomas is a disgrace, with just enough self-knowledge to be bitter about it.

■ Those who do not remember the ‘90s (and some who do) may be doomed to repeat them. Bodies we thought buried deep have begun bobbing to the surface. Scrap Irony: Grand Inquisitor Ken Starr, erstwhile protector of female honor in the Clinton years, was just booted from the presidency of Baylor University for failing to take campus rape and sex assault allegations seriously. In lieu of policy issues — Trump’s weak suit — his presidential campaign appears destined to disinter the many victims of Bubba Bill’s sex assaults and try to spin them for another 15 minutes of infamy: Gennifer, Paula, et. al. Argh!

■ Even if Bill and Hill and The Donald — and various sad ladies — seem trapped in the past, one person has escaped that era and even triumphed over it. Monica Lewinsky, once a punchline, has evolved into a thoughtful, well-spoken, self-assured woman. By owning her mistakes, eschewing her victimhood, confronting her embarrassment, and daring to take control of her own destiny, Lewinsky has become an inspiration to anyone — male or female — who wonders if and how they can overcome serious setbacks in their lives. Check out her TED talk. She deserves all possible kudos.

■ For the rest of us the 2016 presidential race may resemble a kabuki gavotte, a dance of skeletons emptying out of closets into the streets like the Mexican calaveras in the mind-blowing opening sequence of the movie, Spectre. It’s going to be scary (and tiresome) to see old Trump and Clinton girlfriends, along with degenerate enablers like Jeffrey Epstein and grotesque comic relief like Sarah Palin and Anthony “Carlos Danger” Weiner. And lots of 20-or 30-year-old clips of The Donald making idiotic claims. Whoever wins, in terms of world opinion, America has already lost this election. How did the “world’s greatest democracy” produce such a dreadful spectacle and such appalling candidates? Laughable, if it weren’t so damn deadly.

■ As Bernie Sanders attempted a progressive end run around the Democratic establishment, certain notable liberal voices opposed his every move and utterance: Paul Krugman at The New York Times, Amanda Marcotte at Salon, Joan Walsh at The Nation, and the editorial boards of the Times and The Washington Post. Even California Governor Jerry Brown endorsed Clinton. For all their liberal leanings, these folks are more comfortable criticizing the current corrupt political and economic structure than actually changing it.

Where you stand depends on where you sit. And they’re all sitting pretty.

■ Gender Bender Surrender: As the U.S. ponders its first female president, Ghost Busters has transformed into a female franchise and there is talk of a woman replacing Daniel Craig’s James Bond, perhaps as Jane. Captain America looks set to have a boyfriend, an overdue outing of latex costumed superheroes, since the campy, closeted days of Batman and Robin. Reboots in any form are manna for Hollywood, which will happily revisit classics from Romeo and Julio to the Harriet Potter franchise. But anyone who stars in or even sees these films will not be allowed to use public bathrooms from Mississippi to North Carolina.

■ Barack Obama is a complicated, contradictory human being. His writings, speeches, and public persona show him as cool, intelligent, and sensitive. Yet he has pursued drone warfare on a horrific scale, killing and maiming thousands of innocents. He has persecuted whistleblowers to the max, allowed unprecedented domestic spying, and failed his own promise to close Guantanamo Bay. He has one small window left to placate those who voted — sometimes twice — for his promise of hope and change.

After the November elections, Obama has two months to free Chelsea Manning, pardon Edward Snowden, close Guantanamo by executive order, release tens of thousands of nonviolent offenders from our prisons, suspend U.S. aid to Israel pending reparations to, and humane treatment of, Palestine, and — because our own elected officials are much too compromised and cowardly — hand over war crimes jurisdiction for the Bush Administration invasions of Iraq and Afghanistan to the International Criminal Court at The Hague.

Then maybe I’ll start to feel like I actually voted for something.