A reply to David P. Hamilton about the 2020 election. 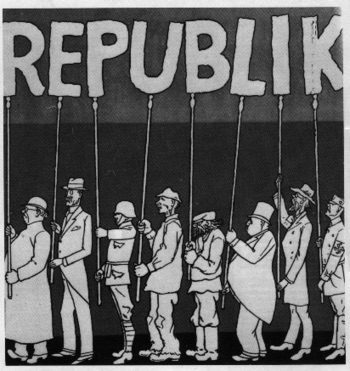 Trump wants to turn Washington upside down — that was his first message and his winning message. We want the exact same thing. — House ‘Freedom Caucus’ co-founder Mick Mulvaney, 2016

SANFORD, FLA. — David P. Hamilton has written a critique of Joe Biden, presumptive 2020 Democratic nominee for president (“Opinion: Why I Won’t Vote for Joe Biden,” The Rag Blog, May 16, 2020). He argues that since Texas will invariably vote for Trump it makes more sense for progressives to vote for the Green Party than for Biden; if the Greens get enough votes, they’ll score federal matching funds. Hamilton’s critique of Biden is largely on target; there’s much to dislike about his record and candidacy. Similarly, there is appeal in garnering funds for progressive electoral politics.

In this regard, it’s too bad Hamilton spends so much time detailing what’s wrong with Biden while the only case he makes for the Greens is an opportunity to “assert your progressive principles.” Additionally, while it obviously makes some difference to Hamilton who the Democrats run for president, one is left to wonder if he’s advocating support for the Green candidate, regardless of who that turns out to be. That seems premature, if nothing else.

Unfortunately, there’s a whole lot more at stake than simply not voting for Biden or picking up matching funds. This coming November is truly a watershed election. Over seven years ago The Rag Blog published an article I wrote wondering when the U.S. might arrive at a “Weimar Moment.” This referred to the 1932-33 period in Germany when the Social Democrats and Communists were preoccupied with fighting each other rather than the Nazis.

We are now at a Weimar Moment in the U.S.

We are now at that Moment in the U.S. We have a similar conflict, with the Democrats poised to nominate Biden, versus progressives such as Hamilton espousing a vote for third party candidates along with others contending they aren’t going to vote at all. According to a recent open letter from 1960s activists to the current generation, “We were mindful… of the cataclysm that befell German democracy when socialists and communists fought each other — to death — as Hitler snuck by and murdered them all.”

As far back as the Nixon presidency, the Republican Party began to ditch the idea of bipartisan compromise by which this country had largely been governed throughout the 21st Century. 1960s social and cultural protest movements shook the far right and corporate interests to the core. A glimpse of some of this is seen in the current cable TV series “Mrs. America” about Phyllis Schlafly and the 1970s conservative opposition to ERA ratification.

Formed in the late 1970s, the New Right contributed to the 1980 defeat of incumbent Democratic President Jimmy Carter and the ensuing pro-Corporate America supply-side economics of the “Reagan Revolution.” Building on gains under Reagan, Newt Gingrich and Dick Armey launched the “Republican Revolution.” For the first time in decades in 1994 both houses of Congress were captured by the Republicans. They promoted a “Contract with America” that sought pro-corporate deregulation, “tort reform,” and cuts to the social safety net.

Throughout the 1990s, “culture war” issues including feminism, reproductive rights, gay rights, gun laws, and the separation of church and state, among others, frequently morphed with Evangelical religious appeals, xenophobia, nativism, and racism, and were manipulated to build a far right and pro-corporate mass base.

At the same time, as globalization and changing domestic demographics generated socioeconomic discontent among elements of this base, they were encouraged to find right-wing solutions to their problems. In order to maintain an electoral majority, anti-democratic maneuvers such as gerrymandering and voter suppression were increasingly employed. Constantly stoked by extremists and funded by pro-corporate entities, these trends raged through the first two decades of the 20th Century.

In 2009, the far-right Tea Party was created for the avowed purpose of shifting the Republican Party to the right. This effort was enhanced by the “Red Map” strategy introduced by conservative strategist Karl Rove in 2010, the intent of which was for Republicans to seize control of state governments. Red Map has been wildly successful, with Republican majorities, or supermajorities in states across the country, dominating not just legislatures, but executive mansions and judicial appointments.

The Republican Party was reshaped by the far right and their corporate backers.

When the U.S. House Freedom Caucus was formed in 2015 by Tea Party-affiliated representatives, it was clear one goal of the events that had been set in motion over 40 years earlier had been accomplished: the Republican Party had been taken over and reshaped by the far right and their corporate backers. Moderates who had been willing to compromise with at least some portions of the Democratic Party agenda were marginalized or ousted.

Even more ominously, the stage was now set for the realization of another goal favored by many among these same forces: fashioning and firmly cementing into place a one-party state.

However, worse was yet to come. Donald Trump, widely criticized for his seeming lack of intellect, had the acumen to recognize he’d arrived at exactly the right moment. He understood he could ride what the right had achieved into the White House and bend it to his own particular will.

Available evidence strongly suggests Trump is engaged in consolidating his power, as evidenced by his vulgar disparagement of critics, his executive branch appointments, and the dismissal of those under his command. If he wins reelection, especially after impeachment did not result in his removal from office, it should be anticipated his authoritarian control will be extensively expanded.

White supremacists and hate-mongers will function as his shock troops.

It can be expected the Department of Justice and other governmental agencies can and will be used by Trump to persecute his opponents and otherwise serve both pro-corporate as well as his own personal interests. White supremacists and similar hate-mongers will increasingly function as his shock troops, as they already have. He has already resorted to virulent nationalism, a hallmark of classical fascism.

In the near term, there is only one opportunity to derail, or at least set back, the juggernaut we are facing, and that is the November election, now only a little over five months away. Hamilton concedes “current polls show Trump only slightly ahead in Texas, but all bookies have Trump running ahead of his polls.” That sounds like the race might be closer than he would have us believe.

Since he contends Texas will go for Trump regardless, Hamilton suggests why not persuade 500,000 progressive Texans to cast their votes for the Greens rather than the Democrats? It is inconceivable the Green Party has the apparatus in Texas needed to produce such a tally.

We might use the 2000 Florida election for comparison purposes.

We might use the 2000 Florida election for comparison purposes, where the Green Party electoral machine was sketchy at best. There, where Democrat Al Gore lost to Republican George W. Bush, allegedly by less than 1000 votes, just under 100,000 voted for Green Party candidate Ralph Nader.

What Nader had going for him was name recognition, which is highly doubtful the 2020 Green Party candidate will be able to match. With a somewhat smaller voter base than Texas, if Florida was able to produce fewer than 100,000 votes for a Green candidate in 2000, it is unlikely in the extreme that half a million can be produced this year in Texas.

In Florida’s razor-close 2000 election, it is estimated some 300,000 registered Democrats crossed party lines to vote for Bush. If the Democrats had expended just a bit more time and energy in Florida, it is quite plausible to assume the election result would have been different. It would be considerably more tragic if willful neglect or disregard allowed a similar result to occur in Texas this year. While there’s much to dislike about Biden, it is imperative that Trump and what he represents has to be stopped.

We also must take into account down ballot races. Hamilton does not urge us not to vote for Democrats in Texas statewide and local elections, but as he advocates a split ticket at best, this sends a double message. There are doubtless important local elections in Texas where it would be substantially better if a Democrat rather than a Republican won.