Jonah Raskin :
BOOKS | Blowing themselves up: Revisiting the Weather Underground

‘Swords in the Hands of Children’ is Jonathan Lerner’s passionate tale of his adventures as a young, gay insurgent. 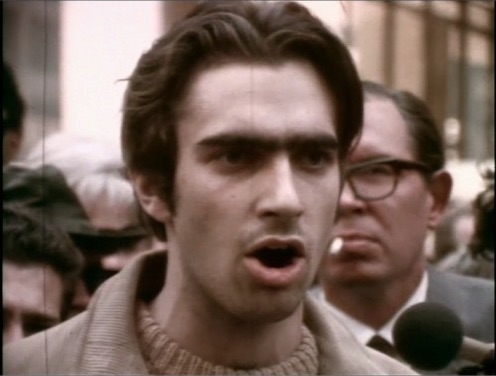 Jonathan Lerner gives a press conference for the Weathermen during the “Days of Rage,” October 9, 1969. Photo by Barbara Leckie. Image courtesy of OR Books.

Jonathan Lerner, author of Swords in the Hands of Children, is Thorne Dreyer‘s guest on Rag Radio, Friday, Sept. 15, 2-3 p.m. (CT) on KOOP 91.7-FM in Austin and streamed live here.

[Swords in the Hands of Children: Reflections of an American Revolutionary by Jonathan Lerner (December 5, 2017: OR Books); Hardcover; 224 pp.]

Not that long ago, homegrown American bombers set off explosives in offices, schools, and ROTC buildings and then watched the fallout gleefully. Warren Hinckle published an entire issue of his short-lived magazine, Scanlan’s Monthly, on that very subject. Indeed, TNT or dynamite was then all the rage along with LSD. “Blasting caps for the Capricorns,” one bomber exclaimed. Another proclaimed, “Light ‘em and run.” She was referring to fuses.

That time in the 1970s now looks like the culmination of Sixties radicalism and also its death knell. Novelist Jonathan Lerner, now on the cusp of 70 and an environmentalist living near the Hudson River with his husband, Peter Frank, looks back at that era with fear and loathing and a sense of nostalgia, too. What a strange political and personal trip it has been. 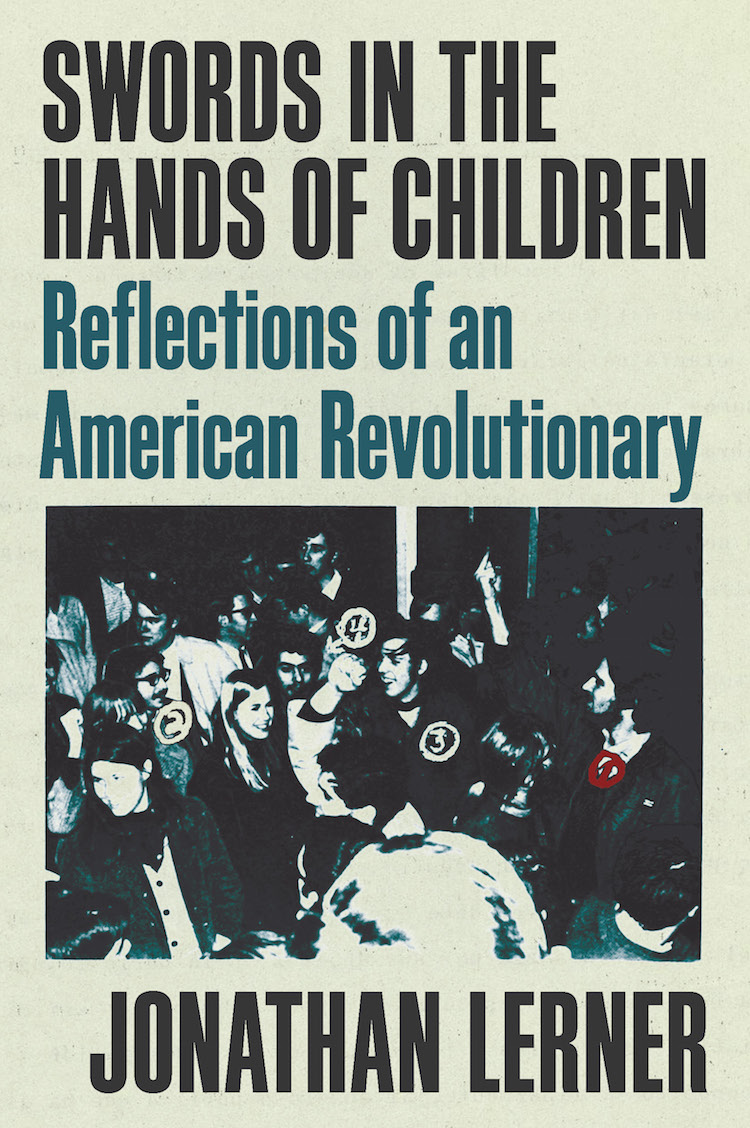 In Swords in the Hands of Children, his new memoir about the volatile life in and around Weatherman and the Weather Underground — the most notorious bombers of that era — Lerner has the good sense to understand that almost everyone has a story to tell, that no two stories are the same, and that no single story is intrinsically more important than any other story. It’s all in the art of storytelling itself.

Fortunately, Lerner is an adept storyteller who writes with passion and clarity and with a keen sense that the past is alive in the present and that by the same token the present is alive in the past. Still, one wonders how Lerner managed to hold himself together and not implode. At one point he allows that he might have been “crazy.” If so he wasn’t the only one.

McGovern said there would be more bombings as long as the war continued.

Lerner’s book is not the first about Weatherman — a faction of Students for a Democratic Society (SDS) — and its offshoot the Weather Underground, the clandestine organization that placed dynamite in police stations and corporate headquarters of companies like ITT, as well as in the Pentagon and the U.S. Capitol. After the explosion in the Capitol — a bomb in a bathroom did minimal damage to the structure of the building itself — then Senator George McGovern told the press that there would be more bombings as long as the War in Vietnam continued. He was right about that, though Vietnam was not the only issue for the Weather Underground. Black liberation was high on its list of causes.

Lerner apparently didn’t make or plant bombs, but as he explains, members of the underground telephoned warnings before the bombs exploded; buildings were evacuated, except on one occasion in March 1970 when three members of the organization accidentally blew themselves up and greatly damaged the Manhattan townhouse in which they were making an anti-personnel weapon.

For much of the 1970s, the Weather Underground issued communiqués in which it routinely denounced imperialism, capitalism, racism, and any other ism it abhorred. “Don’t look for us, Dog, we’ll find you first,” the organization boasted in a communiqué addressed to U.S. Attorney General John Mitchell who looked out a window in his office in 1970, saw hordes of demonstrators in the streets of Washington, D.C, and thought it was the Russian Revolution reborn. He and Nixon, and the Watergate burglars were more than a little bit crazy.

They embellish and exaggerate and make themselves the center of attention.

Swords in the Hands of Children will not be the last book about American bombers and bombing, if only because many former members of the underground organization seem to feel compelled to tell their story. Susan Stern wrote one of the first accounts, With the Weathermen: The Personal Journey of a Revolutionary Woman (1975). Like Lerner, Stern was born to an East coast Jewish family and in the 1960s distanced herself from Judaism. Like him, she regarded herself as a revolutionary, and, like his journey, hers was fraught with melodrama and trauma. Both blow themselves up in the sense that they embellish and exaggerate and make themselves the center of attention, but that’s what memoirists do. 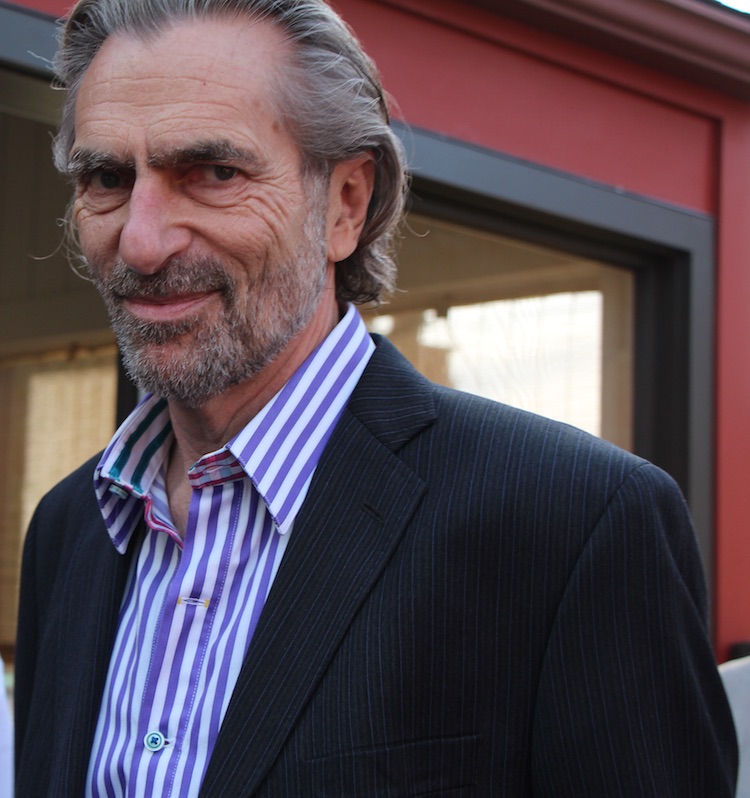 Mark Rudd, the flamboyant Columbia student who cast himself as an American Che, told his side of the story in Underground, My Life in SDS and the Weather Underground (2009), and, while he was a fugitive and underground he was not a member of the organization, but rather a lone wanderer. Professor Bill Ayers whom Sarah Palin made famous when she accused Obama of “palling around with terrorists,” offered a macho tale in Fugitives Days (2001). Ayers was supposedly Obama’s terrorist comrade. Cathy Wilkerson, whose father owned the Manhattan townhouse that blew up, skewered the men in the organization in Flying Close to the Sun: My Life and Times as a Weatherman (2007). One wonders why she didn’t call herself a Weatherwoman.

Journalist Bryan Burrough provided a dramatic narrative about outlaws and cops in Days of Rage: America’s Radical Underground, the FBI and the Forgotten Age of Revolutionary Violence (2015). Historian Arthur Eckstein explored much the same territory in Bad Moon Rising: How the Weather Underground Beat the FBI and Lost the Revolution (2016), though he relies far too heavily on FBI files and skewers the historical record. Thai Jones, whose mother (my ex-wife Eleanor Stein) and father, Jeff Jones, were members of the underground, explored the saga of his parents and radical grandparents in his family-center saga, A Radical Line: From the Labor Movement to the Weather Underground (2004).

There are cinematic treatments such as Robert Redford’s ‘The Company You Keep.’

Then, too, there are cinematic treatments of the subject such as Robert Redford’s The Company You Keep (2012), inspired by Neil Gordon’s novel of the same name, with a stellar cast that includes Julie Christie, Nick Nolte, Shia La Boeuf, and Susan Sarandon, all of whom tried hard, but couldn’t salvage a muddled narrative.

It’s not easy to make terrorists and criminals sympathetic characters no matter how idealistic they may be. Lerner provides enough material for yet another movie in which he would be the star and that would explore the nexus of sex and politics in the 1970s, the decade that began with a bang and ended with the election of Ronald Reagan and the dissolution of a long era of dissent, rebellion, and liberation.

In Swords in the Hands of Children, Lerner demythologizes a frequently mythologized phenomenon, if one can call it that, of the white middle class, college educated American terrorist. Yes, he calls the Weather Underground a terrorist organization. Terrorizing “the establishment” was the point of the bombings, though the terrorists also seem to have terrorized themselves. Lerner moves from the overtly political to the intensely personal and peels away the layers of his own persona until there’s little that’s left except a man-child in flight from his inner self.

Feminism didn’t impinge on Weatherman in any of its incarnations.

So, he casts himself as a kind of persecuted minority of one in an organization that to a large extent duplicated the sexism it denounced and that never really understood or came to terms with the power of the patriarchy. Feminism didn’t impinge on Weatherman in any of its incarnations, though Bernardine Dohrn, its figurehead, was a feisty woman warrior often viewed by men in the movement as a sex object, which she sometimes used to advance her cause and promote herself.

In what is perhaps the most gripping part of this book, Lerner recounts his experience as a grifter, hustler, and midnight cowboy who seduced and was seduced by other men, many of them with money and successful careers, some of whom he says he robbed, fleeced, and deceived. What’s also striking is the author’s depiction of his sexual relationship with Bill Ayers, the scion of a wealthy Chicago family and one of the leaders of the Weather Underground who has been married for most of his life to Dohrn, both of them now retired professors who have surely done more social good after their lives in the underground than during their fugitive days.

Swords in the Hands of Children fills in some important spaces in the history of Weatherman and the Weather Underground. As the editor of Fire!, the Weatherman newspaper during the last days of SDS, Lerner played a significant role as a propagandist who disseminated ideas, tactics, and strategies he says he didn’t entirely understand or endorse. Near the end of the book, he writes that he was “angry at having been manipulated, and humiliated for allowing myself to be manipulated and mortified and then manipulating others in turn.”

One wonders if he’s still manipulating others. As the subtitle of this book suggests he is, in his own eyes, a “revolutionary,” though there’s little if anything here to persuade readers of that view. If there’s a lesson here for organizers and activists today, it’s probably this: don’t make bombs, instead adopt militant nonviolence, and in the words of Bob Dylan — who wrote “You don’t need a Weatherman to know which way the wind blows” — be wary of self-proclaimed leaders and the rhetoric of revolution.

This article was first published at HuffPost and was cross-posted to The Rag Blog by the author.

2 Responses to Jonah Raskin :
BOOKS | Blowing themselves up: Revisiting the Weather Underground