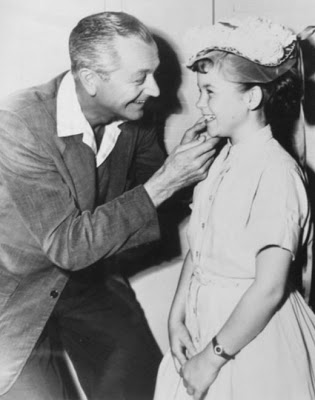 One of the most famous documents in human history declares, “We hold these truths to be self-evident, that all men are created equal, that they are endowed by their Creator with certain unalienable Rights, that among these are Life, Liberty and the pursuit of Happiness.”

It’s not so well-known that the Declaration of Independence excluded women (and Indians, the poor, and slaves).

Howard Zinn, in A People’s History of the United States, says that Thomas Jefferson, the Declaration’s author, did not mean to slight women. “It was just that women were beyond consideration as worthy of inclusion. They were politically invisible.”

The invisibility of women continues to this day. Although American women gained the right to vote with the passage of the 19th Amendment in 1920, the Center for American Women and Politics shows that women make up only 18.8% of the U.S. Congress. In state legislatures, 23.6% are women. Just six governors are female. The census documents that women outnumber men in the United States.

In business, a USA Today headline proclaimed in 2011: “Number of female ‘Fortune’ 500 CEOs at record high.” Women are CEOs of 18 companies among the nation’s’ 500 largest corporations.

According to the Center for Studying Health Systems Change, in 2008 almost three-quarters of U.S. physicians were male.

A rising tide of misogyny

Many American women must cope with daily physical danger. The U.S. Department of Justice’s National Crime Victimization Survey says there were 188,380 rapes and sexual assaults on women in 2010.The Centers for Disease Control in 2011 estimated that 4,741,000 women suffered from intimate-partner physical violence in a 12-month period.

Nonviolent aggression is also commonplace. Rush Limbaugh precipitated a national firestorm when he insulted Sandra Fluke — a Georgetown University law student, who had testified before Congress on contraception — as a “prostitute” and “slut.”

In Virginia, Governor Robert F. McDonnell was forced by political criticism and satire to amend a law that had required every Virginia woman seeking an abortion to undergo an invasive transvaginal ultrasound. McDonnell retreated, but signed a law passed by the legislature — 19.3% female representation — mandating a noninvasive ultrasound. Democratic Senator Ralph Northam, the only physician in the Virginia Senate, described the law as “a tremendous assault on women’s health care and a tremendous insult to physicians.”

Writing at Politico, former Michigan Governor Jennifer Granholm calls the attacks on women’s reproductive issues “sexual McCarthyism.” She charges that since “the election of 2010 that saw Republicans gain control of state Legislatures across the country, more than 1,100 anti-choice laws were introduced in 2011 — a new record. Eighty-three measures have been passed into law. So far in 2012, an additional 430 were introduced.”

As if to confirm this charge, The Washington Post, in late March 2012, reported that the Tennessee House — 99 total members, 17 women — was considering a law requiring “the online publication of the names of doctors who perform abortions…”

Making a bad situation worse is a shortage of ob-gyns. Parents Magazine reported that, “According to the American College of Obstetricians and Gynecologists, almost half the country — 22 states — […are] now in “Red Alert” crisis mode, meaning that the number of ob-gyns is not sufficient to meet patients’ needs.”

Furthermore, as divulged by Obstetrics and Gynecology, “A whopping 97% of practicing ob-gyns had encountered patients seeking abortion, yet only 14% of ob-gyns perform them… Male ob-gyns are less likely to provide abortions, as are middle-age ones. If you live in a rural area, you’re very unlikely to find an ob-gyn who will provide an abortion.”

The current offensive extends to contraception. Salon quotes Republican Presidential candidate Rick Santorum as saying: “Many of the Christian faith have said, well, that’s okay, contraception is okay. It’s not okay. It’s a license to do things in a sexual realm that is counter to how things are supposed to be.”

The National Center for Health Statistics shows how radical Santorum’s views are: 61.8% of American women in their child-bearing years (15-44) use contraception, with birth-control pills being the most popular method (29.1%).

Another Republican bogeyman is Planned Parenthood. Governor Granholm describes the level of antipathy this organization faces: “[In Texas] Gov. Rick Perry and the 80 percent male state Legislature….. would forgo $35 million in federal funding to keep Planned Parenthood from getting one dime of it. Eleven Planned Parenthood clinics have shut down. This comes even though Texas already bars clinics that take such money from performing abortions.”

This jihad is inspired by Planned Parenthood‘s provision of abortion services. But these comprise a miniscule portion — three percent — of what the organization offers its patients. In 2009-2010, Planned Parenthood treated nearly three million individuals and provided “…affordable birth control for more than two million patients, 770,000 Pap tests, nearly 750,000 breast exams, and more than four million tests for STDs, including HIV tests.”

Yet there are reasons to be optimistic.

Time Magazine describes a new phenomenon: women earning more than men. “…in 147 out of 150 of the biggest cities in the U.S., the median full-time salaries of young women are 8% higher than those of the guys in their peer group. In two cities, Atlanta and Memphis, those women are making about 20% more.”

These top earners are urban, single, childless, and in their 20s; most important, they are highly educated. “Today,” The New York Times has reported, “women earn almost 60 percent of all bachelor’s degrees and more than half of master’s and Ph.D.’s.”

Women also will be a key factor in the upcoming presidential election. A Pew Research Center poll showed that if an election were held in March 2012 between President Barack Obama and Governor Mitt Romney (“Planned Parenthood — we’re going to get rid of that.”), 58% of women would prefer the President, while 38% would support Romney.

[Rag Blog contributor Ken Handel is a freelance writer and editor. This article was also posted at Suite101.]