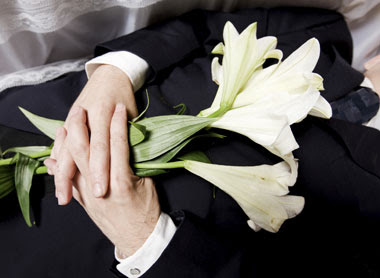 Making an informed decision:
Paying for a funeral need not require charity

Many families succumb to grief, social pressures, and salesmanship by a funeral director and spend much more on the funeral than they can afford.

I was startled last Friday to see a news item in the Austin American-Statesman about a family that needs $8,700 in additional donations to pay for a funeral. It struck me as peculiar for two reasons. I’m surprised that the leading commercial newspaper in central Texas considered the circumstance newsworthy, and in my experience, soliciting money to give to a funeral home does not generate charitable impulses in most people.

For 20 years, I have been an advocate for families who have to deal with the funeral industry. Most of that work has been done with the Austin Memorial and Burial Information Society (AMBIS) and with the national organization with which it is affiliated, the Funeral Consumers Alliance (FCA).

I’ve learned a lot about the funeral industry over that time. I have testified before a U.S. Senate committee looking into fraud and deception in the preneed funeral business, and many times before committees of the Texas Legislature.

I’ve learned that many funeral businesses are operated by kind and caring people who have chosen funeral service as their life’s work. I’ve experienced some of the satisfaction that many of them find in helping people at one of the most difficult times in their lives — handling the death of a loved one. I’ve also learned that there are vast differences in costs among funeral businesses. What costs $10,000 at one costs only $4,000 at another.

The funeral home chosen by the donation-seeking family is one of the more expensive ones in the Austin area, including the counties of Travis, Williamson, Bastrop, Caldwell, and Hays. Consumers can easily find out about those costs. AMBIS publishes an annual survey of funeral costs it provides free to anyone with access to a computer. The 2012 survey will be available in February.

I don’t begrudge anyone choosing the kind of funeral they want for a loved one, but this family appears to have arranged for a $10,000-plus funeral, including the obituary (from which the Statesman makes a lot of money) and cemetery costs.

It reminded me that the Executive Director of FCA, Josh Slocum, often points out that it is not necessary for any family to spend beyond its means on a funeral if the family will just be diligent consumers and adjust its thinking about how the family can honor the memory of the deceased without spending money it does not have.

Many families succumb to grief, social pressures, and salesmanship by a funeral director and spend much more on the funeral than they had intended or can afford. I meet people regularly who borrow $8,000 to $15,000 to pay for a funeral and are left saddled with debt for many years.

Just as there are differences in the costs charged by funeral businesses for the same or similar goods and services, there are differences among funeral directors about how they sell funerals to families. Some actively discourage families from spending beyond their means; others encourage spending as much as they can convince a family to spend.

Families can avoid spending beyond their means in several ways: be prepared for family deaths by having a general idea about what sort of funeral will be wanted when that time comes; ask for help in purchasing the funeral from someone not emotionally involved with the decedent; take advantage of the free resources available to learn about cost differences among the area’s funeral businesses; or do some research on your own.

All funeral establishments are required by federal and state regulations to give out price information over the telephone, and to provide a copy of their General Price List if it is requested in person. In addition, prices are available at many funeral providers’ websites.

When a death is unexpected, families may not have enough money to pay for the kind of funeral they prefer, necessitating a reevaluation of their expectations, or relying on charity to pay for their choices. If a family is indigent, Texas law requires that the county pay for burial or cremation, though such services are usually minimal and families have little or no say about the arrangements.

AMBIS offers in its survey narrative some “Cost-saving suggestions for consumers.” Below is a slightly edited version:

By following these and similar suggestions, no family should ever have to beg the public for money to pay a funeral director.