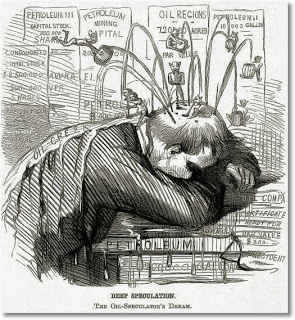 None of us likes paying higher prices for gasoline. Some of us can’t afford the price increases we have seen the last few weeks and months to get to work and wherever else we need (or want) to go, leaving us less to spend on other products. But what most politicians have to say on the subject is nonsense. They want to score political points, rather than find a way out of this mess, or at least a way to improve it.

The giddy, knee-jerk response to higher gasoline prices is the thoughtless mantra “drill, baby, drill.” But our problem is not a lack of domestic oil production. We are producing about all we can, with thousands of leases still not developed. And domestic demand is lower than it was 14 years ago.

According to a report in Bloomberg Businessweek, the U.S. demand for crude oil in 2011 was less than it was in April 1997. In spite of our gargantuan appetite for oil, as a share of our total use, domestic oil consumption was 15 points lower in 2005 than it was in 1995. Today’s figures are about the same, according to a petroleum report in the Financial Times of London.

The largest single source of oil for the U.S. is Canada, at 25%. The OPEC countries together account for 47% of U.S. imports. Demand for oil in the U.S. dropped 2% in 2011, while U.S. oil production has increased. The rise in gasoline prices is not because we don’t have enough oil. Two reasons for the higher prices are the rising cost of oil on the world market because of higher demand in China and India, and the actions of crude oil commodity speculators.

U.S. oil companies export more oil products, such as gasoline and diesel, than they import. The top 10 countries we export to are Mexico, Netherlands, Chile, Canada, Spain, Brazil, Guatemala, Turkey, Argentina, and France. In fact, most of the XL Pipeline tar sands oil that could come from Canada is slated to be turned into diesel and exported, according to the refineries that will process that oil if it ever comes into the U.S.

The main reason for the increased U.S. exports of petroleum products is that the refineries make more money exporting oil than selling it domestically. Further, the refineries in the Port Arthur area are in a Foreign Trade Zone that rewards them with tax breaks for exporting oil products.

The thousands of new jobs that some politicians and business interests claim will be created by the XL Pipeline are nothing but Chamber of Commerce-type hype. The pipeline construction may result in 2,500 temporary jobs, not tens of thousands of permanent jobs.

This is partisan and political nonsense, unsupported by the economic reality that about 97% of the price of gasoline is determined by the price of crude oil, according to Stuart Staniford, a scientist in the technology industry who studies oil-related data.

Around 2004, oil production stopped increasing world-wide. The producing countries have only so many pumps, oil pipelines, tankers, and other methods of getting the crude oil to refineries. As a result, the increasing demand from Asia and the rest of the rapidly-developing countries has created new competition for the oil production that is available, driving prices up.

Decreasing demand for oil products caused by more energy-efficient vehicles makes a small difference in the price of gasoline, as do marginal increases or decreases in the price charged by retailers.

Oil commodity speculators also drive up the price of crude oil. According to some estimates, such speculators control 80% of the commodity futures market in crude oil. Such speculators don’t produce oil, refine it, or use it, except as a way to make money by arranging to buy it at one price and sell it at a higher price. Sen. Bernie Sanders (I-Vermont) wrote recently for CNN Opinion:

I’ve seen the raw documents that prove the role of speculators. Commodity Futures Trading Commission records showed that in the summer of 2008, when gas prices spiked to more than $4 a gallon, speculators overwhelmingly controlled the crude oil futures market.

The commission, which supposedly represents the interests of the American people, had kept the information hidden from the public for nearly three years. That alone is an outrage. The American people had a right to know exactly who caused gas prices to skyrocket in 2008 and who is causing them to spike today.

Even Saudi Arabia, the largest exporter of oil in the world, told the Bush administration back in 2008, during the last major spike in oil prices, that speculation was responsible for about $40 of a barrel of oil.

Confirming Sen. Sanders’s statements are comments from Bart Chilton, a commissioner on the five-member Commodity Futures Trading Commission, which regulates the trading of contracts for future deliveries of oil, as well as other commodities:

There is currently ample supply and limited demand, which should not push prices to the places they are today. Financial regulators are not price setters, but we are supposed to ensure prices are fair, and I am concerned that today they are not. There is a speculative premium being paid by consumers and businesses alike.

New shale oil production in North Dakota and West Texas, new off-shore production, and recovering oil from the Arctic might increase global supplies a bit if the oil can be shipped to refineries, and if the refineries can increase their capacity to produce more oil products. But given the increasing demand for oil in China and other countries with newly-growing economies, it is unlikely that the price of crude oil will be permanently reduced by those small increases in production.

With speculators influencing the price of crude oil for their economic benefit, the price will continue to be significantly higher than it would be in a non-speculative market. Such speculators are rightly seen as social and economic parasites who would rather manipulate oil prices than do any productive work.

But the bottom line is that everyone in the world will pay whatever they must to get the oil they need no matter what causes price increases. And the U.S. will not be exempt from these forces. The chances that this Congress will do something about the crude oil speculation seems not very good to me, so we will continue to pay higher prices than we need to pay at the pump.

Realistically (meaning we will get no help from Congress), the best we can hope to do to lessen the impact of high oil prices is to drive more economical vehicles, switch to electric and hydrogen-powered vehicles (when they become available), or find other technologies to meet our transportation needs that don’t rely so directly on oil products.