Related: Latin American countries are breaking with the U.S. on its uncondiditonal support for Israel. 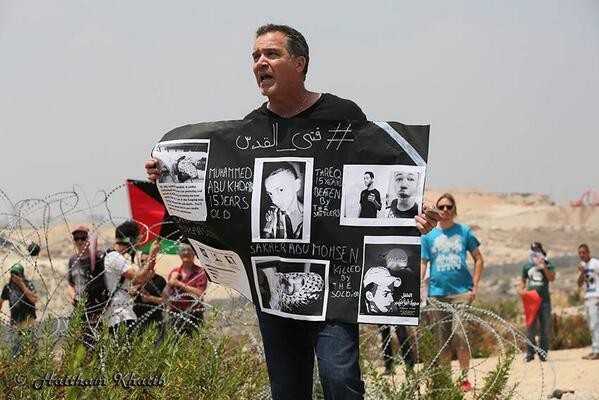 AUSTIN — Israeli peace activist Miko Peled, author of The General’s Son: Journey of an Israeli in Palestine, will speak in Austin, Tuesday, August 19. Peled’s appearance is sponsored by the Interfaith Community for Palestinian Rights and the Palestine Solidarity Committee

Miko Peled grew up in a well-known Zionist family and served in the Israel Defense Forces, but changed course during the 1982 Lebanese invasion to devote his life to peace activism. He has written:

I know how hard it is for many Jews and Palestinians to let go of the dream of having a state that is exclusively “our own.” For the good of both nations, the Separation Wall must come down and the Israeli control over the lives of Palestinians must be defied so that a secular democracy where all Israelis and Palestinians live as equals be established in our shared homeland.

In related and under-reported news, Latin American countries have stepped up diplomatic and material support for Palestine and Gaza. Their actions constitute major breaks with the U.S. stance of unconditional support for Israel.

Brazil, Chile, Ecuador, El Salvador and Peru have withdrawn their ambassadors from Israel. Venezuela has severed diplomatic relations with Israel. Ecuadorean President Rafael Correa canceled an official visit to Israel scheduled for later this year. Chile, a member of the U.N. Security Council, issued a statement that the Israeli government “does not respect the fundamental norms of international humanitarian law.”

At the summit of the South American regional trading bloc, Mercosur (Mercado Comun del Sur), member countries issued a strong statement condemning “the disproportionate use of force on the part of the Israeli armed forces in the Gaza Strip…” Mercosur urged “an immediate lifting of the blockade that is affecting the Gaza population, so that the free movement of people, food, medicine and humanitarian aid can flow freely in and out, both by land and sea” and “an immediate and durable cease-fire.”