The indictments mean that a special grand jury has good cause to believe that Perry has violated two criminal laws by his actions. 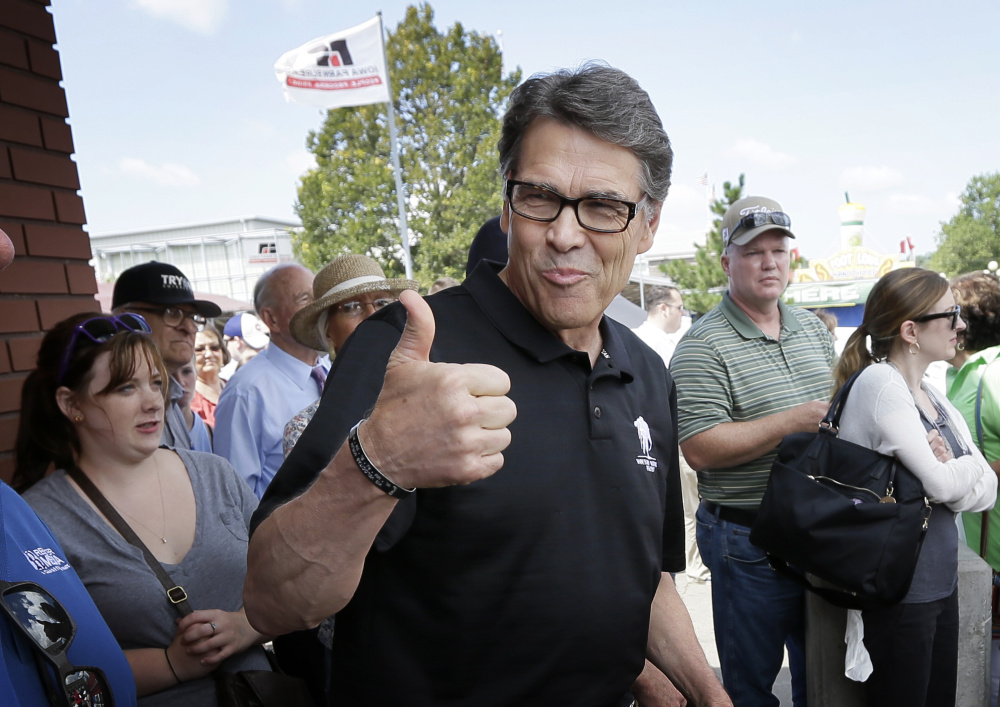 AUSTIN — Gov. Rick Perry’s indictment on felony charges of “abuse of official capacity” and “coercion of a public servant” is not based on Perry’s veto of funds for the Public Integrity Unit of the Travis County District Attorney’s office — a special division that has state-wide jurisdiction to investigate and prosecute corrupt behavior of state officials.

The indictment is based on Perry’s efforts to force the resignation of Travis County District Attorney Rosemary Lehmberg, after her arrest for drunken driving, by using his veto powers as leverage. Had Democrat Lehmberg resigned, Perry would have appointed her successor.

The indictments mean that a special grand jury has good cause to believe that Perry has violated two criminal laws by his actions. Many knowledgeable legal commentators, such as George Washington University law professor Jonathan Turley, have jumped to the conclusion that these Texas laws don’t cover Perry’s actions. However, such conclusions are not based on the history of those statutes, but on a mere reading of the statutes. Turley believes that he can tell by reading the statutes what behaviors they were intended to punish. That view is short-sighted.

As I discussed in my May 1 article about these statutes, the limited cases and analysis construing these laws indicate that they could apply to the actions taken by Perry under the facts then known about the efforts he made, directly and through intermediaries, to have Lehmberg resign. Now, we know that a grand jury thinks that the statutes do apply to what Perry did.

Contrary to reactions by most political commentators, I don’t see a political conspiracy in this.

Contrary to reactions by most political commentators, I don’t see a political conspiracy in this. A bipartisan prosecutor, Michael McCrum, was chosen by San Antonio Senior Judge Robert C. Richardson (a Republican appointed to the bench in 1999 by then-Governor George W. Bush) to investigate charges made by a public interest political watchdog group, Texans for Public Justice.

McCrum is a former Dallas police officer. His career as a federal prosecutor began during Governor Bush’s tenure. His 2009 nomination as U.S. Attorney for the Western District of Texas was made by President Barack Obama with the full support of both Senator John Cornyn and Senator Kay Bailey Hutchison.

Even so, as an observer of over 50 years of Texas politics, I was surprised to see Perry indicted. As usual, irony abounds.

Texas Senator Ted Cruz remarked that, “Unfortunately, there has been a sad history of the Travis County district attorney’s office engaging in politically motivated prosecutions, and this latest indictment of the governor is extremely questionable.” This opinion might suggest to the casual reader that it was Lehmberg who was behind the indictment, but we know that isn’t the case.

Cruz went on to say that Perry is “a man of integrity.” That statement brought to mind the way Gov. Perry interfered in the investigation of the Cameron Todd Willingham conviction and execution for the deaths of his three children in a house fire. The arson investigation was based on unscientific conclusions about the cause of the fire, which Willingham was accused of starting intentionally.

When it appeared that the Texas Forensic Science Commission would find that the conviction of Willingham was unjust, Governor Perry replaced three of the nine commission members, including the commission chair. That position went to Williamson County District Attorney John Bradley, who is described by some as a crony of the governor and a vindictive and malicious prosecutor — the same prosecutor who kept Michael Morton confined in prison for an additional six years for a crime Morton did not commit.

Turley’s criticism of the Perry indictments can be summed up as “McCrum injected the criminal justice system into a political dispute.” If vetoing funds for the Public Integrity Unit of the Travis County District Attorney’s office was all there was to this matter, I would agree with Turley. But what Perry did, along with the veto, was try to coerce a public servant into abandoning her legal duties, which at that time included investigating misconduct involving one of Perry’s pet projects — the Cancer Prevention and Research Institute of Texas.

If Perry violated the coercion statute and “benefit” is understood broadly, Perry could be convicted of abusing the powers of the office he holds by carrying out the veto threat he made against Lehmberg. Or, it may be that Perry’s reported offer of another job to Lehmberg in exchange for her resignation as DA, could be a violation of the bribery statute and serve as the basis for a conviction for abusing the powers of his office.

But there is further irony, albeit partisan in its source. Texas Democratic Party Executive Director Will Hailer told reporters Saturday that Perry “has violated the public trust” and needs to resign. How rich. That was essentially the reason Perry gave for wanting Lehmberg out of office. He said that Lehmberg had lost the public’s confidence in her ability to perform her duties impartially and fully. However, Lehmberg withstood an attempt to oust her by judicial means based on her DWI conviction, a criminal investigation into her conduct the night she was arrested, and an Ethics Commission investigation into campaign finance reporting involving her ouster case.

It would be an even greater irony, though, if Governor Perry ends up spending some time imprisoned in the same holding cell once occupied by Rosemary Lehmberg. But stranger things have happened before to Texas politicians.

Since no one, other than the grand jurors and Michael McCrum, knows all of the evidence against Perry, it is not possible to do anything but guess at the ending to this saga. Most commentators are arguing for or predicting scenarios that suit their political positions. As for Perry, his strategy seems to be to attack the indictment through the media at every opportunity, characterizing the indictment as a partisan witch hunt and portraying himself as doing nothing wrong, merely upholding the rule of law.

Though I have not enjoyed the last 14 years under Perry’s administration, my wish is for justice to be done, whatever justice may be in this situation. If a crime has been committed, Perry should answer for it.