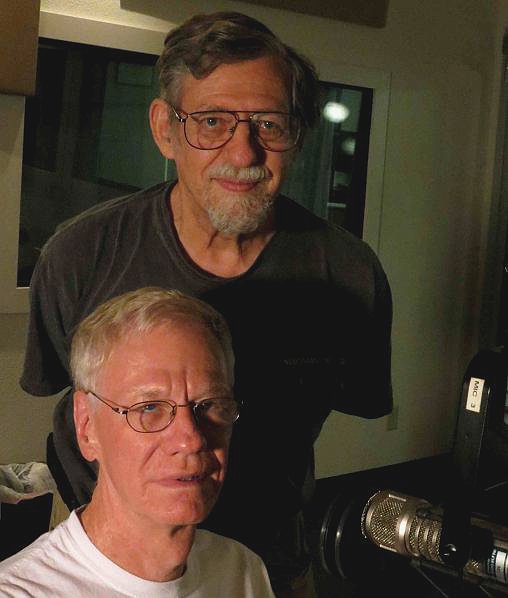 Roger Baker, standing, and Bill Oakey in the studios of KOOP-FM in Austin, Texas. Photo by Tracey Schulz / Rag Radio.

Download the podcast of our August 1, 2014, Rag Radio interview with Bill Oakey and Roger Baker here, or listen to it on the player below.

Bill Oakey, a retired accountant who, in the 70s and 80s wrote about country music for national publications, has been active in local politics since the ’80s. Oakey worked for various state agencies for 36 years and served on the City of Austin’s Electric Utility Commission. Now, when he isn’t fighting for the taxpayers at City Hall or the Travis County Commissioners, he works as an artist photographer.

Roger Baker is a long-time transportation-oriented environmental activist, an amateur energy-oriented economist, and amateur scientist and science writer, and a founding member of and an advisor to the Association for the Study of Peak Oil-USA. He is a driector of the Save our Spring alliance and the Save Barton Creek Association in Austin. He is a regular contributor to The Rag Blog.