Is Trump an improvised, rough-at-the-edges avatar of the Nixon coalition? Ask Pat Buchanan. 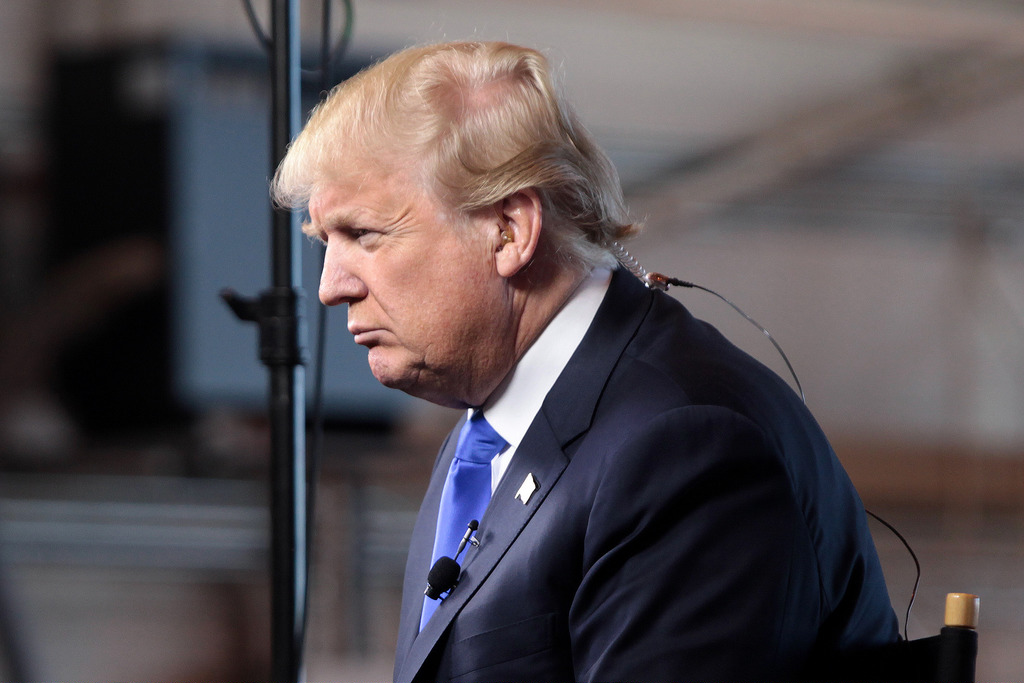 I finally think I’ve understood why we’re so obsessed with zombies.

The discarded shroud, the rustling in the weeds, the vaporous apparitions seen from Pocatello to Lake Wobegone, the ghost army of admirers… we were forewarned that he was back but failed to pay attention.

On Halloween eve the “New” Nixon Library launched an expensive newspaper advertising campaign, inviting us to “discover how Richard Nixon’s legacy continues to shape our world.” He was the hero, the ads claim, who “protected the environment… desegregated schools, ended the Vietnam War.” “Buy tickets now,” the Library urges.

Almost 60 million of our fellow citizens have. Some have stood in line for decades, unsatiated by the Reagan and Bush years, waiting for a revenge that is colder and crueler. Others — cops, soldiers, vice-principals, frat boys, and traditional husbands — yearn for an old-fashioned Iron Heel that will keep the coloreds and women in line.

White nationalism is a final dose of poison for the Heartland, not Viagra for factory smokestacks.

But tragically, many, rebuked and scorned by both Democratic and Republican elites, are simply curious about what’s inside of Pandora’s Box or, better, Nixon’s tomb. They’ll eventually discover, as did the mythic “hard hats” of the 1970s, that white nationalism is a final dose of poison for the Heartland, not Viagra for factory smokestacks.

If Trumpism seems too improvised and rough on the edges to constitute a real avatar of the Nixon coalition, I invite you to read the collected works of Pat Buchanan. For 40 years he has toiled to bring Nixon – or rather his own idealization of the essential Nixon (sans Kissinger) — back to life in a presidential candidacy based on nativism, economic nationalism, and neo-isolationism.

His own tries for the Republican nomination in the 1990s struck repeated sparks on the willing flints of Southern racism and Midwestern anti-Semitism, but his bigotry was too radioactive for the neoconservatives around the Bush dynasty.

From the perspective of the 2008 election, Buchanan’s pining for the golden age when he was Nixon’s speechwriter, working with Daniel Moynihan and Kevin Philips to transform an inchoate white backlash into a “new republican majority,” seemed little more than a feeble cry from the home for aging reactionaries. Even more obscure — at least to anyone under 90 — has been his ceaseless invocation of “America First”: the slogan of the isolationist movement of 1939-41 that briefly united pacifists and socialists like Norman Thomas with open admirers of the Nazi regime such as Charles Lindbergh.

Yet the archaic narrative that Buchanan curates, along with the demonic Nixon he conjures from the darkness, have suddenly become the haunted script of the greatest political upset in American history. Whether Trump has discreetly schooled himself at Buchanan’s knee or just spontaneously vibrates at exactly the same frequency, the coincidence of ideas is extraordinary.

“What hath Trump Wrought?” the Buchanan blog asked on Monday. “Trump did not create the forces that propelled his candidacy. But he recognized them, tapped into them, and unleashed a gusher of nationalism and populism that will not soon dissipate.” The Republican Establishment? “The [Bush] dynasty is as dead as the Romanovs.”

Also dead, says Buchanan, are the traditional standards of democracy. Trump, he readily acknowledges, lied, dog-whistled, and thugged his way to the nomination and now to the presidency. “Why? asks an alarmed establishment. Why, in spite of all this, did Trump’s support endure? Why did the American people not react as they once would have?… Answer. We are another country, an us-or-them country.”

‘Us-or-them’ countries are traditionally
the potting soil for fascism.

“Us-or-them” countries, of course, are traditionally the potting soil for fascism. Punditry deceived itself that Trump’s ideas and proposals were incoherent and thus not a serious armature for policy. But they make perfect and very dangerous sense in the dialect of Buchanan’s Nixonland. The resistance needs to read the original.

A personal note: Last night war was declared on our daughters. I have two. Casey (13) hasn’t cried since she was a toddler but she wept bitterly and inconsolably. Roisin (forever 29) spent the evening outside the Trump party in Manhattan with some dazed Irish journalists. She phoned at 2 a.m., struggling to describe what she’d just witnessed.

Deja vu. On the night before the 1972 election a girlfriend and I managed to sneak into the final Nixon rally, a Nuremburg-like affair at the Ontario, California, airport. We chanted “Ho, Ho Chi Minh” a couple of times as the Reagans and Nixons walked down the red carpet. Of course we were immediately pummelled and tossed on our duffs.

What has haunted me ever since, however, was not the reactionary anger and hatred — which we had all experienced so many times before — but rather the repulsive ecstasy of the mob before their deities. It reminded me of a description I had once read of the sentimental fellow-feeling induced amongst cannibals as they feasted together on their enemies: that is to say, us.

[Mike Davis is a Distinguished Professor in the Department of Creative Writing at the University of California, Riverside, and an editor of the New Left Review. An urban theorist, historian, and social activist, Davis is the author of City of Quartz: Excavating the Future in Los Angeles, Planet of Slums, and In Praise of Barbarians: Essays against Empire.]

7 Responses to Mike Davis :
The undead