Ancient university town is the site of many murders and other shady goings-on for a bright, young policeman to solve. 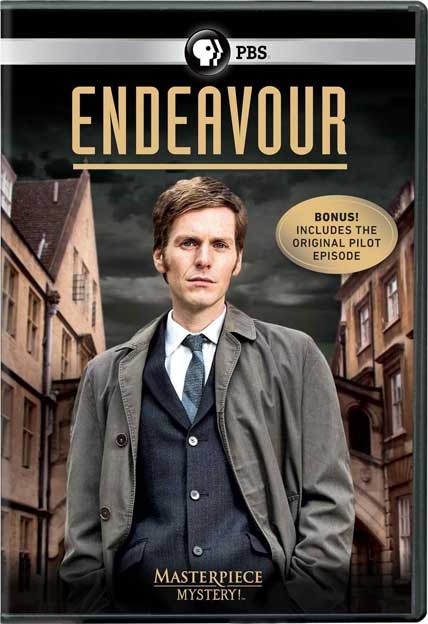 Three seasons have aired and a fourth is being shot, featuring several early Morse characters and with cameos by actors from the original series. Thirteen episodes are on Netflix discs and YouTube, including this one.

The series has been released in many countries, including China, Russia, and Finland. It earned thumbs up from 96.9% of 6,665 imdb viewers and perfect 10 from 31.9%. It was very strong with all demos but best with females 18 and younger.

Shaun Evans was nominated for a Crime Thriller Award Best Leading Actor Award, co-star Roger Allam was nominated for their Best Supporting Actor, and the program was up for The Satellite Award for Best Miniseries Made for TV. The first British airing drew a hefty 8.3 million viewers, and ratings remained high.

The series is set in and around Oxford, U.K., in the mid-’60s as Morse follows his boss and mentor inspector Fred Thursday (Allam, excellent) solving a miscellany of serious crimes around Oxford including murder, a missing schoolgirl, serial killing, child sex abuse, arson, police corruption, bank robbery, kidnapping, and more.

Shaun Evans’ 29 credits include Whitechapel, Silk, and Being Julia. Roger Allam won the 2011 Peter Sellers Comedy Award for Tamara Drewe, was nominated twice for best Comic Actor in the hilarious The Thick of It, and has 69 credits including The Lady in the Van, Game of Thrones, MI-5, Foyle’s War, Waking the Dead, and The Queen.

Anton Lesser plays crusty Chief Inspector Bright and has 110 credits, including Wolf Hall (BAFTA Best Supporting Actor nom), Little Dorrit, Midsomer Murders, Poirot, Dalziel and Pascoe, and A Touch of Frost. In the role of a local journalist is Abigail Thaw, whose late father John played Inspector Morse. Her 21 credits include Pie in the Sky, Vanity Fair, Poirot, and Midsomer Murders. All three series — Inspector Morse, Inspector Lewis, and Endeavor — are really first-class, a big cut above what we usually produce on this side of the pond.