Obama’s Mariachi Ad : What Were They Thinking? 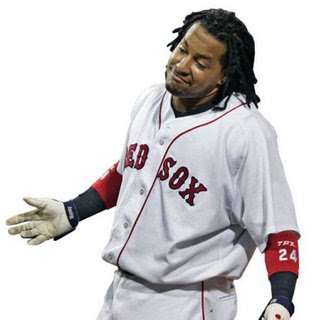 Have you seen the Barack Obama mariachi ad?

It’s on YouTube if you want to check it out. [See it below.]

Really, it begs the question: What on earth is his campaign’s brain trust thinking about Latino voters?

Now, first I have to say I admire the Senator from Illinois. I thought his speech on race in the United States was the finest political speech I’ve heard in my lifetime. A big part of what I admire about him is that sometimes his ideas are complicated, which is unusual for a político. No tidy 3-second monosyllabic sound bytes here. No “read my lips,” no “just say no,” no “I’ll be back.” Though his syntax is simple, he still expects a lot of sophistication from his audience. I even have one friend who is convinced that, if Obama wins the election, Americans will start reading more; he interprets the mass’s toleration (and admiration) of such eloquence as a sign that Obama will help the publishing industry rally.

There was another Democratic candidate this campaign season who also has sophistication and a whopping vocabulary, Senator Chris Dodd. But I knew he wouldn’t get far in his campaign. His syntax is too complex, which I appreciate, but most don’t. And on top of that he speaks English the way a Cuban speaks Spanish, wicked fast. I don’t mind that either. I’ve actually heard Senator Dodd speak Spanish with the same speed and fluency. Amazing. But most people have no patience with language woven into an elaborate web at warp speed, especially when the speaker is very articulate. I think it makes them somehow feel stupid.

Of course, that was probably the appeal of a certain ex-Governor of Texas. No one on the planet could feel stupid listening to him speak. Just maybe a little perplexed. What language does he speak anyway?

Which brings me to this mariachi ad. It’s stupid dope tacky, mega rasquache. Zip zero nada in the way of production values. There’s this group of musicians, donned in full mariachi regalia, walking down a street in a run down neighborhood, singing a praise song about Obama. Spliced between close-ups of the musicians in action (well, as close-up as the camera can get without clipping their enormous sombreros) are still photos of Senator Obama. The final photo has our hero wearing a ten-gallon hat!

Watching this video, I thought about Jessie Jackson’s frustration with the timbre of Senator Obama’s approach to some Black audiences, which he considered condescending. I don’t know how Senator Obama plays to Black audiences, but if his performance in those venues resembles the mariachi ad’s in low expectations about the audience’s intelligence and aesthetic tastes, then I think the Reverend Jackson may have a point.

The whole thing is fascinating, really. The core issue, for me at least, is how the Obama camp is conceptualizing discrete audiences. Ultimately, their aim is to “sell” the idea of a President Obama to voters, kind of like convincing people to place a bet on their horse in a race. So they craft different messages to inspire different groups of people to think he can and should win. In the process, it seems to me, they’ve given the Presidential hopeful a split personality. In English, talking to the “mainstream,” he is a sleek Harvard-trained thoroughbred with immense potential. In Spanish, he is a humble little brown burro from TJ.

Please don’t get me wrong. I adore burros. Eeyore is my all-time favorite character in the books I read as a child. But I would never ever bet on him to win a race against Seabiscuit.

There is the possibility though that I’m appalled by that ad because I am as much an elitist as any ivory tower academic. But I want to believe that, if the rest of the country is going to move on up the intellectual evolutionary ladder on the heels of Senator Obama’s lofty rhetoric and even loftier aspirations for the future, as I cautiously hope it does, Latinos will also be part of it.

Or perhaps this merely points to a bad translation, a failed effort to make a visual and cultural statement that would make this imaginary Latino audience feel good about Obama. Though I think the better strategy would be to find an ally from the ranks of Latin celebrities to speak to this audience, nationally, in Spanish, on his behalf. An ally like Oprah; outrageously popular among all sorts of people, at the top of her own game professionally, whose credentials as the best of the best and perhaps the best ever in a quintessentially American field is beyond a shadow of a doubt.

How to translate Obama into Spanish in precisely that way? That’s difficult given the huge diversity within this demographic. But there are heroes in this community whose popularity transcends ethnic, racial, cultural, linguistic and even national borders.

How about Manny Ramírez? The great guapón himself. Everyone loves him, no? He’s ever-so-easy on the eyes, and charismatic, and part of the magic that made it possible for the Red Sox to win the world series. He’s an all-American hero, Latin style. A trigueño, like Obama, like a lot of us, who represents, like Obama, unlike most of us, an unlikely team triumph for the least likely to succeed.

4 Responses to Obama’s Mariachi Ad : What Were They Thinking?