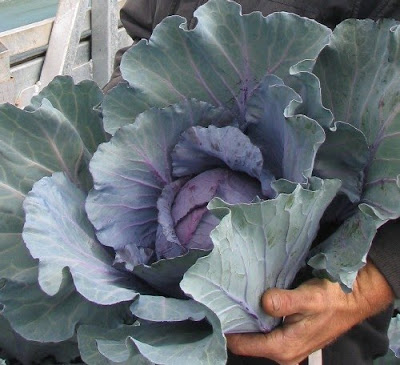 Photo from The Red Mullet.
Going organic:
Dump the mega-corps and save the world?

A new report from The Soil Association [see article below] says a worldwide switch to organic farming would cut CO2 emissions by 11%.

That’s a huge return that ought to be considered for the sheer size of the result.

There are two problems to be addressed, one practical and one political.

The practical one is to compute the effect on yield, something that concerns farmers but also has to concern consumers.

The political one is the mega-corporations that produce the chemicals — herbicides and pesticides and fertilizers. They own so many farm state politicians that they are even able to get them to vote against farmers now and then.

It’s a long process, but to do anything about it you have to work out the yield problem to get the farmers on your side and then take on the Monsantos of the world. This is a hard enough slog that putting all the climate eggs in this basket would be hazardous to your health, but it needs to be considered as one front among many.

The only policy that does not require such a multi-front political war is a carbon tax, since it goes directly at the problem. On this front, a carbon tax would change the economics of chemical-based agriculture and jog the numbers in favor of organics regardless of yields.

New research from the Soil Association reveals that if all UK farmland was converted to organic farming, at least 3.2 million tonnes of carbon would be taken up by the soil each year — the equivalent of taking nearly 1 million cars off the road.

According to the Intergovernmental Panel on Climate Change (IPCC), 89% of agriculture’s global greenhouse gas (GHG) mitigation potential is from carbon sequestration — a fact that governments seem to be ignoring in the critical run-up to climate change talks in Copenhagen (COP 15) in December.

The research’s key findings are: