RIP Bobby Keane : The Rise and Fall of a Music Man 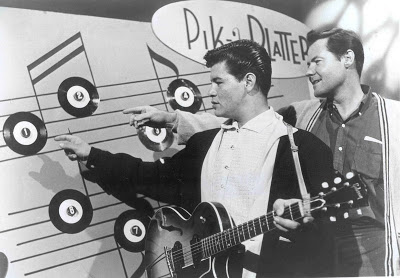 Bobby Kuhn was born in California in 1922, at Manhattan Beach, later famous for its surf scene. Since the surfers hadn’t discovered the waves yet, Bobby was crazy for the Benny Goodman Band. Everyone was.

For one thing, Benny had an interracial unit when that really meant something back in the 1930s. It was Goodman’s wild experimental trad clarinet mixed up with all kinds of modern ideas, like black blues-jazz electric guitar (Charlie Christian), jazz vibraphone (Lionel Hampton), a teenage sensation white drummer (Gene Krupa). This was the future, man!

But first World War II, so Bobby Kuhn learned to fly and taught other U.S. Army Air Corps pilots to do the same. Before the war, Bobby had been the nation’s youngest jazz bandleader at age 17. After the war he substituted for Artie Shaw in that big band and later went on to create and perform music for early television. Somewhere along the line he changed his name first to Bobby Keene, than later, Bobby Keane.

The success his early promise had foretold had not been realized, so he decided to go into the record business. It was the mid-1950s and the teenage rock and roll scene was just taking off. His first big discovery was none other than Sam Cooke, who Keane picked out of the lineup of the Gospel singing Soul Stirrers. Cooke’s original hit, “You Send Me,” was recorded for Keane’s Keen Records label. But Bob Keane was pushed out of Keen Records as soon as Mr. Cooke’s success became a reality. Probably by the Mob, because soon Allen Klein was in charge of Sam Cooke’s career.

A year later (1958), Bob Keane discovered a burly Mexican American teenager driving some teenage girls crazy with an electric guitar at a show before a movie in LA. At Keane’s urging the kid changed his name to Richie Valens and, with Bob’s tutelage and grooming, soon became a top ten recording star. A year later, Richie Valens (along with Buddy Holly and the Big Bopper) was killed in a tragic plane crash.

But after all the tragic disappointments and small time success Bob Keane had suffered through in the record business, by the mid 1960s he was sure he’d found the big act he had been looking for. The Bobby Fuller Four, out of Texas, had it all. For one thing, in many ways they were the spitting musical image of Buddy Holly’s Crickets. Their first hit was a cover of Buddy’s “Love’s Made a Fool of You.” The group’s leader, singer, guitarist was the ultra clean cut non druggy but still somewhat wild, charismatic and soulful Bobby Fuller. The group could easily be as big as Paul Revere and the Raiders, for example. 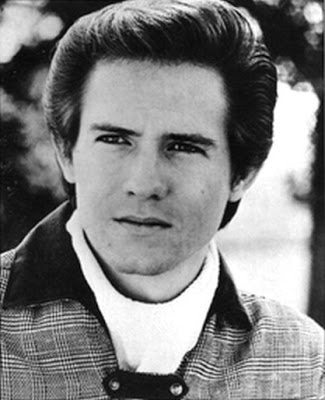 Bobby Fuller: mob hit?
Bobby Fuller proved his worth soon thereafter in 1966 going right into the Top Ten with “I Fought the Law,” a song written by Sonny Curtis, one of the Crickets. This was it. Bob Keane had finally hit the big time with a solid group on his Del-Fi label. The promise he had shown in those early years, after all those discoveries he never got to benefit from, would surely be borne out when the Bobby Fuller Four created their legacy under his guidance.

But something went terribly wrong. Perhaps the cocky Bobby Fuller did something he shouldn’t have done. Like maybe ask the wrong people where his royalty money went. Whatever happened, later in 1966 young Bobby Fuller was found dead in his car near his house, the victim of (probably forced) gasoline ingestion. Don’t mess with the Mob.

So that was it for Bob Keane’s career in the big time music business. He went on to selling things door to door and managing his son’s rock band. It just goes to show that talent will get you nowhere if you don’t get and keep the right connections. The most amazing thing is that in the midst of this cesspool of greed, fear and exploitation some great music actually comes out once and a while.

Bob Keane was one of the guys who fought for talent, and though he ultimately lost all his commercial battles and his discoveries were mostly all doomed, the great music he recorded is with us still. Maybe Bob Keane knew that’s all that really matters,