Paul Krassner : Behind the ‘Twinkie Defense’ 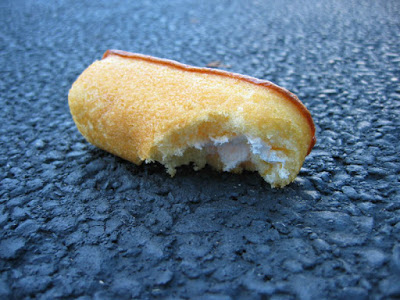 The smoking Twinkie? Image from candidaabrahamson.
Guilty pleasure:
Behind the ‘Twinkie Defense’

The psychiatrist testified that, on the night before the murders, White ‘just sat there in front of the TV set, binging on Twinkies.’

The apparent demise of the Twinkie brings back memories for me…

A dozen police cars had been set on fire, which in turn set off their alarms, underscoring the angry shouts from five thousand understandably angry gays. This was in 1979. I had been covering the trial of Dan White for the San Francisco Bay Guardian. The ex-cop had confessed to killing Mayor George Moscone and Supervisor Harvey Milk.

Dale Metcalf, a former Merry Prankster who had become a lawyer, told me how he happened to be playing chess with a friend, Steven Scherr, one of White’s attorneys. Metcalf had just read Orthomolecular Nutrition by Abram Hoffer. He questioned Scherr about White’s diet and learned that, while under stress, White would consume candy bars and soft drinks.

Metcalf recommended the book to Scherr, suggesting the author as an expert witness. After all, in his book, Hoffer revealed a personal vendetta against doughnuts, and White had once eaten five doughnuts in a row.

Hoffer didn’t testify, but his influence permeated the courtroom. White’s defense team presented that bio-chemical explanation of his behavior, blaming it on compulsive gobbling down of sugar-filled junk-food snacks.

Psychiatrist Martin Blinder testified that, on the night before the murders, White “just sat there in front of the TV set, binging on Twinkies.” Another psychiatrist stated, “If not for the aggravating fact of junk food, the homicides might not have taken place.”

In my notebook, I scribbled “Twinkie defense,” and wrote about it in my next report. On the 25th anniversary of that double execution, the San Francisco Chronicle reported that, “During the trial, no one but well-known satirist Paul Krassner — who may have coined the phrase ‘Twinkie defense’ — played up that angle.” And so it came to pass that a pair of political assassinations was transmuted into voluntary manslaughter.

I was struck with a nightstick on the outside of my right knee and I fell to the ground. Another cop came charging at me and made a threatening gesture with his billy club. When I tried to protect my head, he jabbed me viciously on the exposed right side of my ribs. Oh, God, the pain! The dwarf in the clown costume had finally caught up with me, and his electric cattle prod was stuck between my ribs. 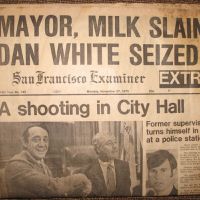 At the hospital, X-rays indicated that I had a fractured rib and pneumothorax, a punctured lung. The injuries affected my posture and my gait, and I gradually began to develop an increasingly unbalanced walk, so that my right foot would come down hard on the ground with each step. My whole body felt twisted, and my right heel was in constant pain.

I limped the gamut of therapists — from an orthodox orthopedic surgeon who gave me a shot of cortisone in my heel to ease the pain, to a specialist in neuromuscular massage who wondered if the cop had gone to medical school because he knew exactly where to hit me with his billy club, to a New Age healer who put one hand on my stomach, held the receptionist’s hand with the other, and then asked her whether I should wear a brace. The answer was yes. I decided to get a second opinion — perhaps from another receptionist.

In court, White just sat there in a state of complete control bordering on catatonia, as he listened to an assembly line of psychiatrists tell the jury how out of control he had been. One even testified that, “If not for the aggravating fact of junk food, the homicides might not have taken place.”

The Twinkie was invented in 1930 by James Dewar, who described it as “the best darn-tootin’ idea I ever had.” He got the idea of injecting little cakes with sugary cream-like filling and came up with the name while on a business trip, where he saw a billboard for Twinkle Toe Shoes. “I shortened it to make it a little zippier for the kids,” he said.

In the wake of the Twinkie defense, a representative of the ITT-owned Continental Baking Company asserted that the notion that overdosing on the cream-filled goodies could lead to murderous behavior was “poppycock” and “crap” — apparently two of the artificial ingredients in Twinkies, along with sodium pyrophosphate and yellow dye — while another spokesperson for ITT couldn’t believe “that a rational jury paid serious attention to that issue.”

Nevertheless, some jurors did. One remarked after the trial that “It sounded like Dan White had hypoglycemia.” Doug Schmidt’s closing argument became almost an apologetic parody of his own defense. He told the jury that White did not have to be “slobbering at the mouth” to be subject to diminished capacity. Nor, he said, was this simply a case of “Eat a Twinkie and go crazy.”

When Superior Court Judge Walter Calcagno presented the jury with his instructions, he assured them access to the evidence, except that they would not be allowed to have possession of White’s gun and his ammunition at the same time. After all, these deliberations can get pretty heated. The judge was acting like a concerned schoolteacher offering Twinkies to students but withholding the cream-filling to avoid any possible mess.

Each juror originally had to swear devotion to the criminal justice system. It was that very system which had allowed for a shrewd defense attorney’s transmutation of a double political execution into the White Sugar Murders. On the walls of the city, graffiti cautioned, “Eat a Twinkie — Kill a Cop!”

In 1983, the San Francisco Chronicle published a correction: “In an article about Dan White’s prison life, Chronicle writer Warren Hinckle reported that a friend of White expressed the former supervisor’s displeasure with an article in the San Francisco Bay Guardian which made reference to the size of White’s sexual organ. The Chronicle has since learned that the Bay Guardian did not publish any such article and we apologize for the error.”

It was 10 feet long, 3 feet 6 inches high, 3 feet 8 inches wide, and weighed more than a ton — no, not Dan White’s penis — the world’s largest Twinkie, which was unveiled in Boston. And on the 50th anniversary of the Twinkie, inventor Dewar said, “Some people say Twinkies are the quintessential junk food, but I believe in the things. I fed them to my four kids, and they feed them to my 15 grandchildren. Twinkies never hurt them.” 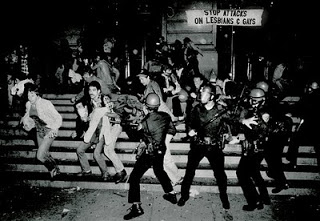 When the jurors walked into court to deliver the verdict, they appeared somber, except for a former cop, who smiled and triumphantly tapped the defense table twice with two fingers as he passed by, telegraphing the decision of voluntary manslaughter. White would be sentenced to seven years in prison.

In January 1984, he was paroled after serving a little more than five years. The estimated shelf life of a Twinkie was seven years. That’s two years longer than White spent behind bars. When he was released, that Twinkie in his cupboard was still edible. But perhaps, instead of eating it, he would have it bronzed.

He called his old friend, Frank Falzon — the detective who had originally taken his confession — and they met.

“I hit him with the hard questions,” Falzon recalled. “I asked him, ‘What were those extra bullets for? What did happen?’”

“I really lost it that day,” White replied.

“You can say that again,” Falzon said.

“Carol Ruth Silver — she was the biggest snake of the bunch.” (Silver realized that she might have been his third victim had she not stayed downstairs for a second cup of coffee that morning.) “And Willie Brown. He was masterminding the whole thing.”

While White had been waiting to see Moscone in the anteroom of his office, the mayor was drinking coffee with Brown, chatting and laughing. Moscone told Brown that he had to see White, and Brown slipped out the back door just as Moscone was letting White in the front way. Thirty seconds later, White killed Moscone. The Marlboro cigarette in Moscone’s hand would still be burning when the paramedics arrived.

White hurriedly walked across a long corridor to the area where the supervisors’ offices were. His name had already been removed from the door of his office, but he still had a key. He went inside and reloaded his gun. Then he walked out, past Supervisor Dianne Feinstein’s office. She called to him, but he didn’t stop. “I have to do something first,” he told her, as he headed for Milk’s office.

George Moscone’s body was buried, and Harvey Milk’s body was cremated. His ashes were placed in a box, which was wrapped in Doonesbury comic strips, then scattered at sea. The ashes had been mixed with bubble bath and two packets of grape Kool-Aid, forming a purple patch on the Pacific Ocean. Harvey would’ve liked that touch.

On the 25th anniversary of the twin assassination, the San Francisco Chronicle stated that I reported: “’I don’t think Twinkies were ever mentioned in testimony,’ said chief defense attorney Douglas Schmidt, who recalls ‘HoHos and Ding Dongs,’ but no Twinkies.’” Apparently, he forgot that one of his own psychiatric witnesses, Martin Blinder, had used the T-word.

Blinder now complains, “If I found a cure for cancer, they’d still say I was the guy who invented ‘the Twinkie defense.’”

The Chronicle also quoted Steven Scherr about the Twinkie defense: “’It drives me crazy,’ said co-counsel Scherr, who suspects the simplistic explanation provides cover for those who want to minimize and trivialize what happened. If he ever strangles one of the people who says ‘Twinkie defense’ to him, Scherr said, it won’t be because he’s just eaten a Twinkie.”

Scherr was sitting in the audience at the campus theater where a panel discussion of the case was taking place. I was one of the panelists. When Scherr was introduced from the stage, I couldn’t resist saying to him on my microphone, “Care for a Twinkie?”

In October 1985, Dan White committed suicide by carbon monoxide poisoning in his garage. He taped a note to the windshield of his car, reading, “I’m sorry for all the pain and trouble I’ve caused.”

I accept his apology. The injuries I received in the post-verdict riot affected my posture and twisted my gait. I gradually developed an increasingly strange limp and I now walk with the aid of a cane. At the airport, I’m told by security to put my cane on the conveyor belt along with my overnight bag and my shoes, but then I’m handed an orange-colored wooden cane to enable me to walk through the metal detector. You just never know what could be hidden inside a cane.