Perhaps BushCo Will Yet Meet Justice 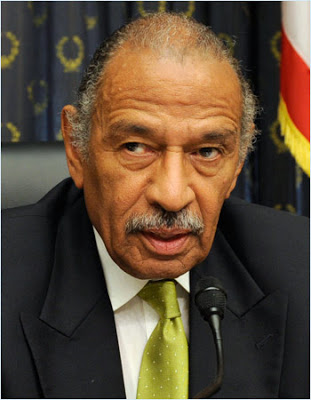 WASHINGTON — A day after releasing a set of Bush administration opinions that claimed sweeping presidential powers in fighting terrorism, the Obama administration faced new pressure on Tuesday to support a broad inquiry into interrogation, detention, surveillance and other practices under President George W. Bush.

Justice Department officials said they might soon release additional opinions on those subjects. But the disclosure of the nine formerly secret documents fueled calls by lawmakers for an independent commission to investigate and make public what the Bush administration did in the global campaign against terrorism.

The chairman of the House Judiciary Committee, Representative John Conyers Jr., Democrat of Michigan, said the revelations, together with the release of new information about the Central Intelligence Agency’s destruction of 92 interrogation videotapes, had underscored the need for a commission that would have the power to subpoena documents and testimony.

Officials who discussed the process spoke on the condition of anonymity because memorandums still under review might involve classified information. Among those that have not been disclosed but are believed to exist are a memorandum from the fall of 2001 justifying the National Security Agency’s program of domestic surveillance without warrants and one from the summer of 2002 that listed specific harsh interrogation techniques, including waterboarding, that the C.I.A. was authorized to use.

The Justice Department officials said the decision to release the nine memorandums on Monday came after some of the opinions were sought in a civil lawsuit in California. They said department lawyers had determined that the opinions did not contain classified information.

The lawsuit was filed by Jose Padilla, a United States citizen who was arrested in Chicago in 2002 and detained for years as an enemy combatant before eventually being tried and convicted in a civilian criminal procedure. Mr. Padilla is suing John C. Yoo, a former Bush administration lawyer who was the author of many of the opinions justifying detention and interrogation policies.

The Senate Judiciary Committee has scheduled a hearing on Wednesday on whether to create a commission to look into the Bush administration’s counterterrorism policy. The committee chairman, Senator Patrick J. Leahy, Democrat of Vermont, has already called for a commission, and another Democrat on the panel said Tuesday that he would support such an approach.

But David B. Rivkin Jr., an associate White House counsel under the first President Bush who is scheduled to testify at the hearing on Wednesday, said he planned to urge Congress not to move forward with that proposal, which he said would violate the rights of Bush administration officials and set them up for prosecutions by foreign courts.

“They want to pillory people,” Mr. Rivkin said. “They want to destroy their reputation. They want to drag them through the mud and single them out for foreign prosecutions. And if you get someone in a perjury trap, so much the better.”

President Obama has signaled a reluctance to open a wide-ranging investigation into his predecessor’s policies, saying he preferred to fix the policies and move on. In his first days in office, he issued executive orders requiring strict adherence to rules against torture. As a senator, he voted for legislation that brought surveillance efforts into alignment with federal statutes.

The increased calls for a greater public accounting come as the Justice Department’s internal ethics office is preparing to release a report that is expected to criticize sharply members of the Bush legal team who wrote memorandums purporting to provide legal justification for the use of harsh interrogation methods on detainees despite anti-torture laws and treaties, according to department and Congressional officials.

The Office of Professional Responsibility at the Justice Department is examining whether certain political appointees in the department knowingly signed off on an unreasonable interpretation of the law to provide legal cover for a program sought by Bush White House officials.

The report is expected to focus on three former officials of the Office of Legal Counsel: Mr. Yoo, a Berkeley law professor, now on leave at Chapman University, who was the principal author of opinions on national security matters from 2001 to 2003; Jay S. Bybee, who oversaw the counsel’s office during that period and is now a federal appeals court judge; and Steven G. Bradbury, who oversaw the counsel’s office in Mr. Bush’s second term.

Mr. Bradbury wrote two of the opinions released on Monday. Written last October and this January, they broadly repudiated the aggressive theory of virtually unlimited commander-in-chief power at the heart of Mr. Yoo’s memorandums.

Although he was a critic of Mr. Yoo’s work, Mr. Bradbury himself wrote three memorandums on the use of harsh interrogation techniques in 2005. Those documents are believed to be part of the Office of Professional Responsibility’s investigation.

In a footnote to Mr. Bradbury’s January memorandum that sharply criticized Mr. Yoo’s work, Mr. Bradbury signaled that he did not want a repudiation of Mr. Yoo’s legal reasoning to be used against him as part of the ethics inquiry.

Mr. Bradbury wrote that his retractions were not “intended to suggest in any way that the attorneys involved in the preparation of the opinions in question” violated any “applicable standards of professional responsibility.”