Report from Nicaragua : Repression in the Revolution 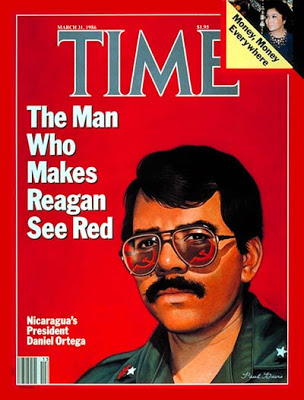 Nicaraguan president Daniel Ortega when he was a leader of the Sandinistas
‘I met Martin Vega just after the Nicaraguan revolution when we all saw such promise there.’
By Mercedes Lynn de Uriarte / The Rag Blog / October 14, 2008

Below is a dispatch from Martin Vega about conditions in revolutionary Nicaragua followed by remarks by Rag Blog contributor Ron Ridenour.

I am lucky that Martin Vega has been a close friend for almost 30 years. He is a University of Texas alum with a MA in Business. I usually stay with him and his family when I visit New York. I have always admired his personal and political ethical life.

I met him just after the Nicaraguan revolution when we all saw such promise there. When I met him he was working to help Nicaragua realize that promise. He was in the Foreign Ministry, having gone there from his home in San Francisco to help in the Revolution. He was eventually a key staff member with the Nicaraguan Ambassador to the United States.

He recently spent several months there with a funder trying to bring some assistance to the nation. His news below is so disheartening that I pass this along with a hope you can help with his request to let others, especially press people and human rights advocates, know about these abuses. 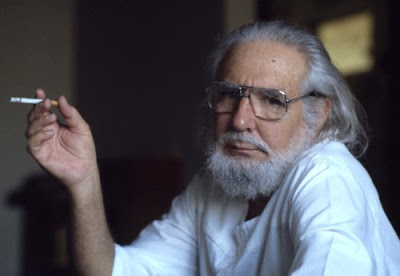 I never thought I would see the day when the forces of the current Nicaraguan government would be used in such a coercive and repressive style as I have observed today. [As has been reported in El Nuevo Diaro and El Prensa], the judicial, fiscal bodies as well as the police forces of the state have been unleashed and are being instrumentalized for political ends to attack and denigrate members of civil society, the opposition press and political parties, the intelligentsia and cultural artists, etc. In the past few months the government has ostensibly closed most avenues of free expression while resorting to increased levels of intimidation and violence against those it deems its “enemies”.

Until today I had refrained from making any type of comment on the worsening situation in the country hoping that officials within the Nicaraguan government would reflect and seek some form of accommodation and dialogue with its growing opposition. But quite the contrary, the government has seen fit to falsely accuse persons of Carlos Fernando’s stature of “laundering” money; it has denigrated Nicaragua’s revered poet Ernesto Cardenal threatening to jail him and frozen his bank accounts; it has falsely accused one of Nicaragua’s most competent journalists, Sofia Montenegro of being a “CIA dupe” given her critical position towards the government’s corruption; it has declared Nicaragua’s main feminist organization, MAM to be “illegal” merely because it has advocated for women’s reproductive rights and taken a critical stand against the government’s prohibition on abortion rights; it has eliminated Nicaragua’s two main opposition parties via legal fiat and through the control of the Electoral Council; and just two weeks ago, it unleashed virulent attacks against a civic and political rally of the opposition, resorting to the use of mortars, machetes, clubs and the burning down cars.

Because of these and other untoward developments, I feel that I have a moral duty not to remain quiet but let all of you know of my serious concerns about the Nicaraguan situation and ask that you move your consciences in any way possible towards the alleviation of this aggression against the Nicaraguan people. I ask that if any of you have any contacts in human rights organization, press associations, etc. that you please make known your outrage at this type of behavior and request that the Nicaraguan government cease committing arbitrary acts such as those outlined above. I would also be important for you to express your solidarity towards Carlos Fernando Chamorro B. who is being threatened with jail for merely expressing his views as as a renown and widely-respected journalist and intellectual. 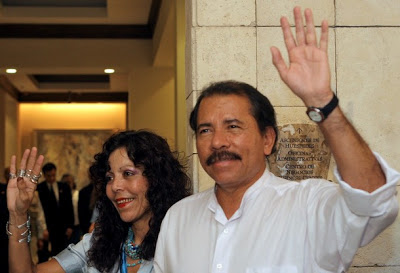 Daniel Ortega and his wife Rosario Murillo (in Gucci?) wave to the press Nov. 6, 2006, in Managua. Photo by AFP / Getty Images.
‘The problem is: Nicaragua is so divided into so many factions and not one of them is trustworthy.’
By Rod Ridenour / The Rag Blog / October 14, 2008

[Prominent writer Ron Ridenour, who wrote a series of articles on Venezuela for The Rag Blog, has expertise in Latin American politics. He provides these remarks as historical perspective.]

I was unaware of these events but they don’t surprise me too much. I know [Nicaraguan President] Daniel Ortega and his aristocratic wife, for whom I worked as PR director when she was head of the ASTC, cultural workers association, in 1984. I wrote the book, “Yankee Sandinistas” (Curbstone, 1986), about which Ernesto Cardenal, then cultural minister, wrote a lovely blurb. I knew Tomas Borge and thought he should have been president. The Ortegas have always been suspects in that they lie, love the wine and dining life, the fancy houses, etc.

Ortega lost the 1990 election, in part, because he offered a hand out to the rich one day and then another hand to the workers another day. He hired a New York political spin doctor firm to run his campaign and bought Gucci clothes and expensive sunglasses in NY while the Yankees were murdering his people. To re-win at all costs the high post of president, Ortega has stooped lower than any politician, at least on the left, that I know of. He hired a vice-president who had been a torturing-murdering contra; he kissed the ass of the worst cardinal in current times; he rejected the right of women to decide over their bodies.

The problem is: Nicaragua is so divided into so many factions and not one of them is trustworthy, as I see it from far far away now. The original FSLN, which had three main factions somewhat united for a good many years, broke into opposing groups and none of them — including the best of guerrilla leaders – ended up being revolutionary, rather they went towards the right. Ortega’s FSLN, what is left, was the “best” of evils. But I knew from the day he won that something rotten would occur in his regime.

The next problem is that Ortega is supported by Fidel and Chavez. He uses the rhetoric they use when he is with them and in context of ALBA etc.

And, all the three dailies are (were) run by the Chamorro family, which split into three factions. And when one of them, El Nuevo Diario (for which I did some writing), calls what is happening now “worse than Somocismo” so are we really down in the pits of bullshit and exaggeration. As I read the situation today no one has been tortured, jailed or murdered, and that was daily occurrence in Somoza’s time.

Of all the many original leaders very few remain by Ortega’s sleazy side, but Tomas Borge is his ambassador to Peru, I think. At least he was. He was one of the few I trusted. Martin Vega I do not know. He lives in New York. We need some voice(s) we can trust who is (are) in the struggle within Nicaragua to give validity to what is going on.

That will take some time. If I were you, I’d wait a bit and find some backup, find some balance. This is quite delicate but I am not recommending throttling the matter. This is the kind of situation where [activist, writer and Latin American expert] James Petras would have a strong argument.

The Rag Blog decided to publish Martin Vega’s dispatch, along with Rag Blog contributor Ron Ridenour’s comments, but we will also seek other input on the situation in Nicaragua. We do not believe in uncritical support, even for a revolutionary movement. We encourage the readers to add their comments to this post.

3 Responses to Report from Nicaragua : Repression in the Revolution