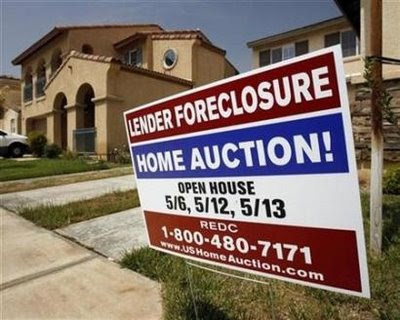 Two hours before her home was to be auctioned off, Carlene Balderrama killed herself with her husband’s rifle
By Barbara Ehrenreich / July 28, 2008

A few days before Congress passed its Housing Bill, Carlene Balderrama of Taunton MA found her own solution to the housing crisis. Just a little over two hours in advance of the time her mortgage company, PHH Mortgage Corporation — may its name live in infamy — was to auction off her home, Balderrama killed herself with her husband’s rifle.

This is not the kind of response to hard times that James Grant had in mind when he wrote his July 19 Wall Street Journal essay entitled “Why No Outrage?” “One might infer from the lack of popular anger,” the famed Wall Street contrarian wrote, “that the credit crisis was God’s fault rather than the doing of the bankers and the rating agencies and the government’s snoozing watchdogs.” For contrast, he cites the spirited response to the depression of the 1890s, when lawyer/agitator Mary Lease stirred crowds with the message that “We want the accursed foreclosure system wiped out…. We will stand by our homes and stay by our firesides by force if necessary…”

Grant could have found even more bracing examples of resistance in the 1930s, when farmers and tenants used mob power — and sometimes firearms — to fight foreclosures and evictions. For more on that, I consulted Frances Fox Piven, co-author of the classic text Poor People’s Movements: Why They Succeed, How They Fail, who told me that in the early 30s, a number of cities were so shaken by the resistance that they declared moratoriums on further evictions. A 1931 riot by Chicago tenants who had fallen behind on their rent, for example, had left three dead and three police officers injured.

According to Piven, these actions were often spontaneous. A group of unemployed men would get word of a scheduled eviction and march through the streets, gathering crowds as they went. Arriving at the site of the eviction, they would move the furniture back into the apartment and stay around to protect the threatened tenants. In one instance in Detroit, it took 100 cops to evict a single family. Also in Detroit, Piven said, “two families protected their apartments by shooting their landlord and were acquitted by a sympathetic jury.”

What a difference 80 years makes. When the police and the auctioneers arrived at Balderrama’s house, the family gun had already been used — on the victim of foreclosure herself. I don’t know how “worthy” a debtor she was — the family had been through bankruptcies before, though probably not as a result of Caribbean vacations and closets full of designer clothes. It was an Adjustable Rate Mortgage that did them in, and Balderrama, who managed the family’s finances, had apparently been unwilling to tell her husband that their ever-rising monthly mortgage payments were eating up his earnings as a plumber.

Suicide is becoming an increasingly popular response to debt. James Scurlock’s brilliant documentary, Maxed Out, features the families of two college students who killed themselves after being overwhelmed by credit card debt. “All the people we talked to had considered suicide at least once,” Scurlock told a gathering of the National Assocition of Consumer Bankruptcy Attorneys in 2007. According to the Los Angeles Times, lawyers in the audience backed him up, “describing clients who showed up at their offices with cyanide, or threatened, ‘If you don’t help me, I’ve got a gun in my car.'”

India may be the trend-setter here, with an estimated 150,000 debt-ridden farmers succumbing to suicide since 1997. With guns in short supply in rural India, the desperate farmers have taken to drinking the pesticides meant for their crops.

Dry your eyes, already: Death is an effective remedy for debt, along with anything else that may be bothering you too. And try to think of it too from a lofty, corner-office, perspective: If you can’t pay your debts or afford to play your role as a consumer, and if, in addition — like an ever-rising number of Americans — you’re no longer needed at the workplace, then there’s no further point to your existence. I’m not saying that the creditors, the bankers and the mortgage companies actually want you dead, but in a culture where one’s credit rating is routinely held up as a three-digit measure of personal self-worth, the correct response to insoluble debt is in fact, “Just shoot me!”

The alternative is to value yourself more than any amount of money and turn the guns, metaphorically speaking, in the other direction. It wasn’t God, or some abstract economic climate change, that caused the credit crisis. Actual humans — often masked as financial institutions — did that, (and you can find a convenient list of names in Nomi Prins’s article in the current issue of Mother Jones.) Most of them, except for a tiny few facing trials, are still high rollers, fattening themselves on the blood and tears of ordinary debtors. I know it’s so 1930s, but may I suggest a march on Wall Street?

This entry was posted in RagBlog and tagged Banking, Debt, Economy, Housing, Suicide. Bookmark the permalink.

2 Responses to Response to Hard Times : The Suicide Solution