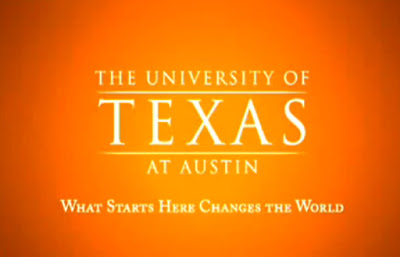 While UT administrators may be heartfelt in their belief that ‘we are driven to solve society’s issues,’ most of the so-called solutions that are generated ignore or intensify the fundamental problems of the systems.

AUSTIN — I want to suggest a slight modification of the University of Texas’ motto, “What starts here changes the world.”

A more accurate slogan — while not quite as pithy and probably less effective for public-relations purposes — would be, “What starts here accelerates the destruction of the world.”

I am not suggesting that the administrators or faculty of UT, where I have been a professor for two decades, want to destroy the world. Rather, I’m arguing that like almost every other institution of higher education in the United States, UT is complicit in the ongoing destruction of the world by offering a curriculum that celebrates the existing economic/political/social systems, which undermine the life-sustaining capacity of the world.

While that claim may sound crazy, I think my reasoning is calm and careful. The destructive features of contemporary America’s systems — an extractive economy that demands endless growth, with a mystical faith in high-energy/high-technology systems and gadgets, dependent on continued mass consumption of goods of questionable value — are all woven into the fabric of UT’s teaching and research.

Entire departments on campus are staffed with faculty who seem incapable of imagining a challenge to those features and appear dedicated to maintaining the systems. The goal of most courses is to train students to play by the existing rules, not question the systems that produce the rules.

The obvious problem: We face multiple, cascading ecological crises that should spur us to rethink our economy, politics, and society, but the existing rules rule out such thinking. If we can’t transcend these intellectual limits, it is not clear that an ongoing large-scale human presence on the earth will be possible.

What is clear is that affluent societies such as the United States cannot continue to live indefinitely in the style to which so many have become accustomed. In the short term such affluence can be maintained only by intensifying already unconscionable levels of inequality, and in the long term even that soulless strategy can’t stop the inevitable decline and eventual collapse.

First, the difficult realities. Look at any crucial measure of the health of the ecosphere in which we live — groundwater depletion, topsoil loss, desertification, chemical contamination, increased toxicity in our own bodies, the number and size of “dead zones” in the oceans, extinction of species and reduction of bio-diversity — and ask a simple question: Are we heading in the right direction?

Don’t forget that we also live in an oil-based world and are rapidly depleting the cheap and easily accessible oil, which means we face a huge reconfiguration of the infrastructure that undergirds our lives. The desperation to avoid that reconfiguration has brought us into the era of “extreme energy,” marked by the use of more dangerous and destructive technologies (hydrofracturing, deep-water drilling, mountain-top removal, tar sands extraction).

And, of course, there is the undeniable trajectory of global warming and climate disruption.

Where does that leave us? Instead of thinking in terms of manageable “environmental problems,” scientists these days are talking about tipping points and the breach of planetary boundaries, about how human activity is pushing the planet beyond its limits.

Second, the deficient response. Universities, which have the resources to chart the new paths that are necessary, too often push students onto the same old dead-end roads. On occasion, cautionary notes from the academy are sounded. For example, one group of scientists recently warned that humans are forcing a planetary-scale critical transition “with the potential to transform Earth rapidly and irreversibly into a state unknown in human experience,” which means that “the biological resources we take for granted at present may be subject to rapid and unpredictable transformations within a few human generations.”

Unfortunately, most of the modern university pays no heed. The most obvious place where realities are avoided and illusions maintained is the business school, ground zero on campus for the indoctrination into capitalist ideology.

What’s the problem with that? After all, hasn’t capitalism unleashed incredible productivity and created unparalleled wealth? Yes, but putting aside the important questions about what the unequal distribution of that wealth says about our alleged commitment to moral principles (in case it’s not clear, it says we don’t take our moral principles very seriously), we now face the grim reality that capitalism is ecocidal. Industrial capitalism treats the world as a mine from which to extract resources and a dump for wastes.

Largely unregulated markets obscure that destruction, as financial “instruments” are traded with no regard for what is necessary for a real economy to continue — the capacity of nature to sustain life.

But in business school, future corporate leaders are taught to maximize profit, marketing experts develop evermore ways to sell us things we don’t need, and financial wizards slice and dice the numbers to make it all work — at least on paper.

How much critique of the destructive capacity of contemporary corporate capitalism will students encounter in the UT business school? I regularly ask my students about their experience in business classes, and they report that there is virtually no such discussion beyond occasional mentions of “corporate social responsibility,” a concept designed to assuage consciences rather than deal with core problems. Real critique in business classes is so rare that when I ask that question, students either look confused or chuckle at the absurdity.

Move over to the economics department, which at UT (and most other universities) is dominated by the conventional wisdom of neoclassical and/or mildly reformist Keynesian economic thought. These models acknowledge “market failures” and “negative externalities,” and then proceed to downplay the dramatic consequences. Failures and externalities such as climate disruption and other human-generated forms of ecological destruction aren’t mere footnotes to otherwise well-functioning models.

Yet while these looming disasters reveal the models to be irrational, market fundamentalism demands we ignore the obvious.

These difficult realities do not seem to slow down the economics department or the business school, as they offer instruction in the theory and practice of a system that is killing the planet at a quickening pace.

In other parts of the university, the story is slightly more complicated. In the government department and law school, for example, a wider range of views are acceptable, but the overall thrust of each is toward the conventional. The study of law and politics typically takes corporate capitalism as non-negotiable, and so other aspects of our lives must adapt to the rules of that economic game. A few critics are allowed in these departments but are largely treated as cranky misfits who need not be taken seriously.

In the sciences and engineering, there is less attention paid to economic/political/social systems. There, administrators and faculty see their disciplines as focused on answering different kinds of questions. Here it is not market fundamentalism but technological fundamentalism that is most troubling.

Technological fundamentalists assume that the increasing use of evermore sophisticated high-energy advanced technology is always a good thing and that any problems caused by the unintended consequences of such technology eventually can be remedied by more technology. This kind of magical thinking offers a reassuring way out of the problems that the extractive/industrial economy has created — if we ignore the history of those unintended consequences.

The story of air-conditioning is a great example. The chlorofluorocarbons (CFCs) widely used in cooling systems were depleting the ozone layer, and so they were replaced with “safer” hydrochlorofluorocarbons (HCFCs), which we now know are contributing significantly to global warming. Rather than rethink our demand for constant cooling, we stumble forward looking for the next technological fix.

But if we look only for “solutions” that don’t disturb existing systems, and those existing systems are unsustainable, then our solutions are at best irrelevant and at worst will exacerbate the fundamental problems and make it harder for people to imagine new systems. That’s not an argument to abandon all attempts to improve technology, but rather a reminder of technology’s limits and dangers.

The university departments where one is most likely to find the culture of sustained critical inquiry we need are in the humanities and the social sciences. These departments — philosophy, history, literature, sociology, anthropology, as well as ethnic and women’s studies — will vary ideologically depending on time and place, but they offer space from which one can think about challenges to existing systems of power and privilege.

While much excellent and exciting thinking goes on in such settings, too often the way in which that knowledge is framed and communicated guarantees that any insights will not go beyond a narrow scholarly community. The university’s system of rewards and punishments encourages professors to stay stuck in the academic trenches, which have become increasingly self-indulgent spaces.

As long as critically minded academics stay safely within academic life and speak an unnecessarily jargon-laden specialized language, they are free to pursue whatever topics they like, but at the cost of social irrelevance.

Reasonable people can disagree, and I do not think I have an exclusive claim on wisdom. I consider myself a hard-working second-tier intellectual and make no claim to being a terribly deep or original thinker. This essay reflects the analyses and arguments made by an increasingly large group of critics urging us to step back and think more deeply about the world we have built.

And let me be clear about one more thing: I love my job and am grateful for the resources that UT provides for my work. But when I try to understand the system in which I work, I observe patterns that keep certain points of view dominant and other approaches marginal.

I see younger faculty who want to challenge that system but get beaten down, or who toe the line out of fear, or who are quickly seduced by the promise of privilege. I see students who want to push their professors to consider more critical views but often give up when they meet resistance.

The University of Texas should be a place where teaching and research challenge the culture to face what it prefers to ignore. Such confrontation isn’t going to come from corporations in a capitalist economy, which are dedicated to the status quo. Such confrontation isn’t going to come from conventional political parties and politicians, who are largely captured by the wealth concentrated in the corporate sector.

Such confrontation usually emerges on the margins of society, from relatively small grassroots groups that generate new ideas but lack the resources to put the relevant issues on the public agenda.

Universities could serve an important role in helping amplify those challenges to power. They have not only the resources, but the responsibility of pursuing knowledge even when the consequences are uncomfortable. UT claims that “we are a catalyst for change,” but the institution implicitly defines that as “change within existing systems.”

While UT administrators may be heartfelt in their belief that “we are driven to solve society’s issues,” most of the so-called solutions that are generated ignore or intensify the fundamental problems of the systems.

There’s a lot of intellectual work to do if we are to create such a future. What starts at UT and other universities can change the world, but only if we give up on those seductive fantasies and start facing the difficult realities.

2 Responses to Robert Jensen : What Starts at UT… Accelerates Destruction?