Now is a good time to pause and reflect. 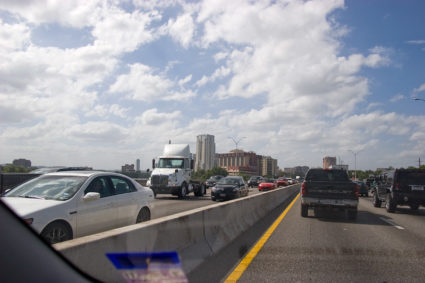 AUSTIN — The federally-required CAMPO planning process has gotten continually less credible over recent decades, and is now, IMO, being used strategically as a way to keep TxDOT and the regional suburban sprawl developers politically dominant in shaping Austin’s growth future. Now is a good time to pause and reflect.

The recent inability of the CAMPO Regional Arterial Study to win CAMPO Policy Board approval was an important planning failure in this regard. The CAMPO planning process has degenerated into an embarrassing non-transparent mess without a price tag. It is arguably worse than the new letter from the Travis County Commissioners Court to CAMPO implies. This broad criticism primarily applies to CAMPO’s road planning and funding.

Similar criticism of TxDOT’s rigid planning based on past trends has recently come to the attention of state officials like Sen. Robert Nichols, past TxDOT chair, and now Chairman of the Texas Senate Transportation committee.

The following is from the Austin American-Statesman, April 8, 2020:

Two influential state lawmakers are asking the Texas Transportation Commission to hit pause on a pivotal vote related to a proposed massive expansion of Interstate 35 in Austin amid fears of free-falling tax revenue due to the coronavirus pandemic.

Sen. Robert Nichols, R-Jacksonville, and Rep. Terry Canales, D-Edinburg — both chairmen of their respective chambers’ transportation committees — sent a joint letter to the head of the Texas Transportation Commission last month urging it to put off the vote on its Unified Transportation Program, a plan that dictates the Texas Department of Transportation’s spending on road projects for years to come.

But because funding for such transportation projects is in part dependent on oil tax revenue — which is expected to take a major dip amid a cratering oil market — Canales and Nichols said Bugg should hold off on calling for a vote. The state also will likely take a major hit from expected decreases in sales tax revenue triggered by layoffs and business closures…

Meanwhile, the proposed nearly $10 billion dollar Austin transit bond election, proposed for this November, is being featured as an integral part of the same long-range, federally-sanctioned CAMPO planning process. We should not do our Austin transit planning by trying to piggyback on the same shaky non-transparent CAMPO planning process being used to justify tens of billions of dollars worth of new and widened roads.

The huge but un-modelable decrease in driving associated with the pandemic lockdown is a sign that we need to do better, more flexible planning. We are also now in a strong recession. That means a lot less local revenue will be available. And with that comes the urgent need to watch our shrinking local transportation dollars a lot more carefully.

The TxDOT proposal to widen I-35 at a cost of about $4.3 billion is a prime example of the current transportation policy inflexibility cited by Sen. Nichols. This huge project has the impact of sucking up scarce revenues which could otherwise go to encouraging and facilitating the same kind of travel reduction that we are now seeing as a consequence of the pandemic and the lockdown.

Since almost all of this traffic is now being powered by fossil fuel, and since we now live in an era of increasingly dangerous global warming, it follows that encouraging less traffic, and doing so by every possible means, should now become an important element of our Texas and Austin MPO transportation planning policy options.