Seeking a Permanent Presence in Iraq 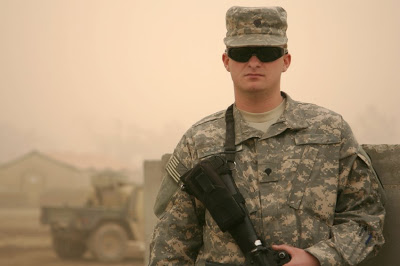 In recent weeks, the Bush administration has intensified its longstanding effort to make the U.S. occupation of Iraq permanent. Its first choice is to coerce the U.S.-backed Iraqi government to sign an ostensibly “bilateral” agreement – what the White House would like to call a “status of forces agreement” (SOFA). The administration is pushing to meet the July 31 deadline that was earlier agreed to for that agreement. There are new indications of Iraqi resistance to the proposed agreement – both U.S. occupation-backed Prime Minister Nuri al-Maliki and the influential Shi’a cleric Ayatollah Ali al-Sistani have recently indicated strong opposition. But the U.S. effort to impose a “security agreement” remains in force.

The reason for the Bush administration’s urgency is that the current United Nations mandate expires on December 31st of this year. That mandate, which the U.S. forced on a reluctant but unwilling-to-resist Security Council, transformed the U.S.-British occupation army into a UN-approved “multi-national force.” It provided a veneer of international legitimacy over what would otherwise be understood to be a thoroughly illegal occupation. That veneer that will be stripped away on January 1, 2009, making the U.S. occupation officially illegal and leaving the 150,000 or so remaining U.S. occupation troops without immunity from Iraqi law

The Bush administration claims that the agreement it’s trying to impose is not a treaty, and thus does not require Senate ratification. They are trying to equate this imposed Iraqi agreement with SOFA agreements the U.S. maintains with other countries – the countries that host the Pentagon’s 1000+ foreign bases. But those other countries – such as Germany and Japan – are not at war. Those SOFA agreements do not give U.S. troops the right to arrest German or Japanese citizens and hold them indefinitely without charges; they do not give U.S. troops and U.S.-paid mercenaries complete immunity from local laws; they do not give the U.S. the right to supervise German or Japanese police or defense ministries; and crucially, they do not allow U.S. troops to launch military attacks within their countries or against other countries without even pretending to consult with the local government.

The U.S.-proposed agreement with Iraq would allow all of that, and more. Although the text has not been made public, numerous leaks (primarily in the Arab and especially British press) have indicated that the agreement would include:

* U.S. troops would remain in Iraq indefinitely, with numbers to be determined by the U.S., and with troops and military contractors immune from accountability under Iraqi criminal or civil law.

*U.S. troops could launch military attacks in Iraq without consulting the Iraqi government.

*The U.S. would maintain its 58+ military bases in Iraq, including the five huge mega-bases, indefinitely.

*Iraq’s defense, interior and national security ministries and all Iraqi arms purchases would be kept under U.S. supervision for ten years.

*The U.S. can determine that any act by other country [read: Iran] constitutes a “threat” to Iraq, and exercise the right to respond to “protect” Iraq.

*The U.S. will maintain control of Iraqi airspace.

(We should note that all the Bush administration plans for maintaining the U.S. economic occupation of Iraq -through control of oil funds, trade practices, privatization and more -remain in place. However, because of the Dec. 31 UN mandate expiration deadline, the current debate has focused only on the so-called “security” agreement, not on the continuing U.S. goal of a second, broader “treaty” between the U.S. and Iraq.)

So far the Iraqi government, facing massive popular and parliamentary opposition, has indicated it will not accept the terms. On June 12 Maliki expressed direct opposition to some aspects of the text. Iraq’s parliament, also elected and kept in power by the occupation but which has somewhat closer ties to the population, has opposed the agreement even more strenuously. A wide range of parliamentarians sent a letter to Congress stating their willingness to “ratify agreements that end every form of American intervention in Iraq’s internal affairs and restore Iraq’s independence and sovereignty over its land.” Nadeem al-Jaberi, one of the Iraqi parliamentarians visiting Washington last week told a congressional hearing that “the anarchy and chaos in Iraq is linked to the presence of the occupation, not withdrawal from Iraq.”

And in response to the Iraqi resistance, the Bush administration is reportedly now holding $50 billion of Iraqi oil money – deposited in the Federal Reserve Bank of New York because of earlier sanctions arrangements – hostage to the Irag’s agreement to sign on.

If Iraq Rejects the Agreement – Plan B

There is a good chance that unless the administration significantly cuts back the content of the agreement (possible but unlikely to be sufficient) it will be rejected by the Iraqi government led by Prime Minister al Maliki. His opposition stems largely from concern over his close-to-zero public credibility, which is likely to disappear altogether if he signs on with Washington. And with provincial elections coming in the fall, Iraqi parties are tripping over each other to win popularity by claiming to oppose the U.S. occupation.

But whatever the motivation, if the Iraqi government ultimately refuses to sign a new agreement, the consequence would be that on January 1, 2009 all U.S. and “coalition” troops and mercenaries would be in Iraq without legal authorization. The occupation would be officially illegal. And crucially for U.S. domestic political purposes, U.S. troops and mercenaries would become vulnerable to Iraqi law.

That would be a good thing – the occupation is illegal, and recognizing that should force the U.S. to bring home all the troops and mercenaries and to close the bases, because there would be no legal basis for them remain occupying Iraq. But that is unlikely.

It is clear that both Bush and both of his potential successors intend to keep tens of thousands (or more) U.S. troops in Iraq for years to come. To prevent the possibility that the occupation would be recognized as illegal, Plan B is already in the works. That would involve the Iraqi government returning to the UN Security Council under U.S. sponsorship to ask for an extension of the existing UN mandate – despite the current mandate’s explicit recognition that it would be the last one.

Several countries on the Council – including South Africa, Libya, Indonesia, and possibly Viet Nam, along with permanent members Russia and China – likely have some hesitation about the UN being asked once again to provide legitimacy for the U.S. occupation of Iraq and immunity for U.S. occupation soldiers, including immunity for war crimes. But there is little reason to think any of those countries – with the possible exception of South Africa – would be willing to stand up and resist U.S. pressure to give the occupation UN approval.

European Union countries currently on the Council – Britain, France, Italy, Croatia and Belgium – are likely to follow the British lead of continuing occupation, despite France’s history of opposition. (All are now led by right-wing governments eager to maintain close U.S. ties.)

In the U.S. there is significant congressional opposition to the Bush administration’s proposed bilateral treaty. Much of it focuses on the right of Congress to be consulted on the agreement, and the claim (unlikely at best) that it would tie the hands of the next president. There is some substantive opposition as well (to officially “permanent” bases, for instance, although not to the Pentagon’s cleverly-titled “enduring” bases, and unfortunately not to maintaining large numbers of troops in Iraq). Some important opponents of the proposed U.S.-Iraq agreement – unfortunately including Rep. Bill Delahunt who has played a great role in holding hearings on the danger of such an agreement – have taken the view that the only danger is in a bilateral agreement being taken without U.S. congressional approval. They therefore support extension of the UN mandate as a way of protecting U.S. troops from being held accountable to Iraqi law – deeming that more important than the call to simply bring them all home.

But in fact the danger of the U.S. succeeding once again at imposing its will on the United Nations, as it has so often throughout sixty-three years of UN history, is a greater danger. The UN stood up to U.S. pressure once – in the run-up to the 2003 U.S. invasion of Iraq – because member governments and the Security Council itself faced massive direct public pressure from social movements around the world, demanding that the UN stand up for its own Charter, its own integrity and independence, and against the U.S. war.

The question now is how to make that happen again.