This president picks on the least powerful because all that matters for him is winning. 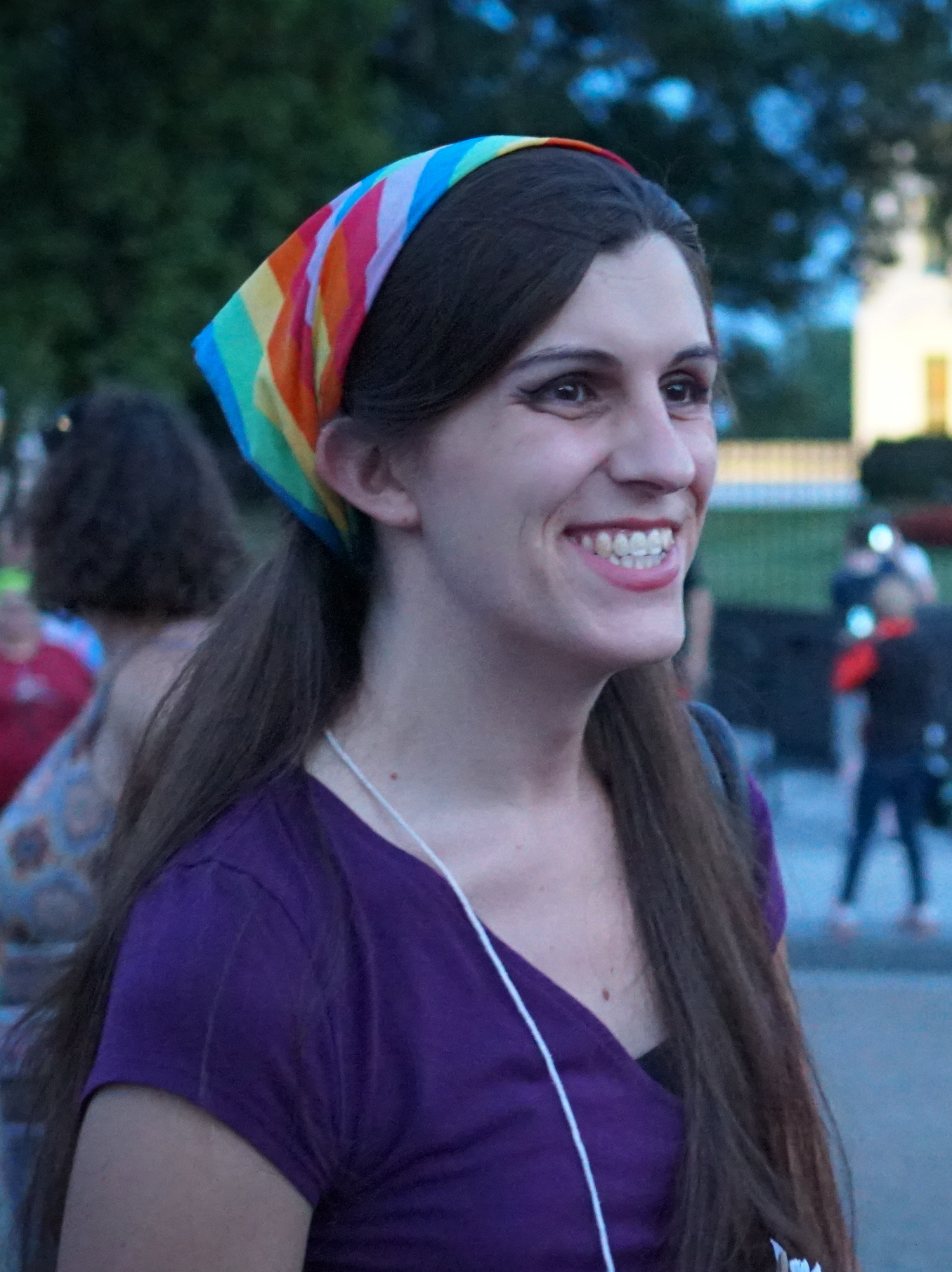 Why attack the powerless, beyond the exhilaration of winning? I don’t even get the exhilaration of playing poker with a stacked deck. I enjoy trading stocks because I know that on the other side of every trade I make is a person who has at least as much information as I have, is probably at least as smart as me, and is willing to bet real money that I’m wrong.

The stereotype says Indians are not competitive. To buy that, you must have never seen an informal horse race on the rez or attended a stickball game. We play to win, but that does not mean we play to run over people who have no chance.

The talking heads on the tube are speculating that there must have been some precipitating incident that led President Trump to change the military policy on allowing transgender persons to serve. The idea is that a sudden policy change by Twitter without consulting the people affected must mean there was some incident in training or in operations that created an anecdotal argument for changing the policy.

No reporter has yet come up with such an anecdote.

Anecdotal evidence rules when science is not persuasive to those in power. It’s seldom clear whether the anti-science crowd does not understand or they do understand but suffer the blind spot that comes from believing their job depends on not understanding.

In the climate change debate, for example, we see grown people with college degrees who argue as if climate and weather were the same thing.

The legislative circus around so-called ‘bathroom bills’ is also a science-free zone.

The legislative circus around so-called “bathroom bills’ is also often a science-free zone. Do they really believe there is no such thing as gender dysphoria and thousands of people will fake the symptoms so they can get their fair share of abuse?

Medical doctors — often caught in political crossfire — have over generations developed elaborate protocols to be certain reassignment surgery is necessary and only undertaken with informed consent.

Before most qualified surgeons will even consider reassignment, the patient must have lived as the sex to which they seek reassignment. The patient presents as who he or she wishes to be in dress and in dealing with social pressure to conform to gender stereotypes. The required presentation of self extends to the use of public facilities.

This means a pre-op transsexual who follows the protocols to qualify for the operation commits a crime in some states. Once the hormone treatments kick in, choosing a bathroom by birth certificate can be hazardous to the health of trans people. Even if the unpleasantness seldom goes all the way to homicide in modern times, it’s still unnecessary.

These bathroom bills are at worst based on rumor and at best on anecdotes — seldom more than one anecdote. These civilian policy debates would be hilarious if they did not involve unpleasantness ranging from public ridicule to aggravated assault.

Importing these culture wars to real wars — military service — is more complicated in some ways and less complicated in others. One thing to remember is that the U.S. military has been there and done that several times.

World War II was the last engagement of a U.S. military segregated by race.

World War II was the last engagement of a U.S. military segregated by race. To end segregation, the argument went, would destroy unit cohesion and combat readiness. That argument looks laughable today from the military academies to the training bases to the combat zones.

The same argument recycled when women moved out of units segregated by sex and recycled again each time the military occupational specialties open to women expanded. As I write, two women have applied for the elite Navy special operations forces, the SEALs. They are trying to live out Hollywood’s take on that very attempt, G.I. Jane. The difference is current policy allows them to try.

Women have more voices now, like Iraq veterans and U.S. Senators Joni Ernst (R-IA) and Tammy Duckworth (D-IL), who lost both of her legs flying a Black Hawk helicopter in combat. On the other side of the Capitol, there are Rep. Tulsi Gabbard (D-HI), who was an MP in Iraq, and Rep. Martha McSally (R-AZ), who led the fight against abandoning the best close air support vehicle the U.S. flies, the A-10 Warthog. McSally’s credibility was enhanced by having flown Warthog combat missions in Iraq.

The argument about unit cohesion was particularly asinine when it came around against gay GIs. I served with openly gay men and women in the sixties and all that mattered was that they were competent.

Now comes the Trumpian Tweet, thunder from the mountaintop.

Now, in the middle of a six-month study of trans people on active duty, comes the Trumpian Tweet, thunder from the mountaintop. He cited no evidence but he claimed excluding trans service members was “after consulting with my generals and military experts.”

The tweet was a lie, and I do get weary of this POTUS claiming that general officers of the U.S. military belong to him. All the women combat veterans serving in Congress except Rep. McSally came out opposed to the Trump tweet immediately and McSally has not supported it.

Marine Gen. James Dunford, Chair of the Joint Chiefs of Staff, declined to accept a tweet as a valid order. The veterans reading this have seen military orders and understand that copies go to everybody affected. Military discipline offers little room for management by tweet. Army Chief Mark Milley said he found out about the tweet “the same way everybody else did — on the news.”

I find myself asking how somebody could be commander-in-chief for six months without learning how to issue a command? In this fake emergency, it’s no big deal, but the delay could cost lives in a real emergency.

The military spends 10 times as
much on Viagra.

Trump accused transgender troops of incurring “tremendous medical costs.” The rebuttal to this nonsense has been that the military spends 10 times as much on Viagra. Contrary to what you may hear on Fox News, this meme did not come from the Democratic Party but from very old research and reporting by Military Times.

First, it strikes me that much evidence of the impact of allowing transgender individuals to serve is going to be anecdotal. There are circa 7,000 persons who self-ID as transgender in all the U.S. armed forces at all levels. Of those, less than 250 are expected to need surgery. Number-based policy would be easier with greater numbers, but Trump has chosen his victims for small numbers as well as little public opinion support.

Second, the Trump administration had already backed off on protections for transgender students. There was no sudden appearance of evidence calling for that change, so why expect a reason for the military tweet? There’s only one place where the presidential tweets might have an explanation beyond bare naked bigotry, and that’s a two-pronged political attack.

One prong is Trump’s need to change the national conversation.

One prong is Trump’s need to change the national conversation from all the investigations as they get closer to his top campaign staff and his family; the other is the need to remind the part of the Trump base that never saw a difference they didn’t hate that Trump is their man and they may never have another like him.

The political argument is correct. Irrational hatred is fungible. Denied blacks as a target, Indians will do. Denied both, sexual minorities will do. Researchers were picking up the correlation between racism and Trump support long before the election.  Now we can ask what to make of the geographical areas of Trump support having the most Google searches for “nigger.”

We’ve come a long way since Nelson Rockefeller could not run for POTUS because he was divorced, no?

So why would Donald Trump purposely harm individuals who have volunteered to defend the United States, something Trump himself avoided with several student deferments and then a bone spur that was serious enough to keep him out of boot camp but not off the tennis team?

Because he is a winner and he needs transgender soldiers for political cannon fodder. What counts in Trumpland is the fact of winning — not the method. This is the rationale for one of the most powerful individuals in the world attacking some of the least powerful.

Intolerance has a lengthy political pedigree and Donald Trump’s bigotry did not exactly arrive by virgin birth. It stops when it quits working and the first step to that result is to call it out for what it is.

Trans people took the next step this last election day, when at least eight openly transgender candidates surfed on a tsunami of anti-Trump sentiment to electoral victory. For some very good reasons, Danica Roem has become the face of the transgender electoral uprising.

Roem’s victory was a textbook example
of poetic justice.

Roem, with the support of Joe Biden’s PAC, American Possibilities, won a seat in the Virginia House of Delegates. Her victory was a textbook example of poetic justice.

Roem defeated a 13-term incumbent Republican who wore his bigotry on his sleeve. Former Delegate Bob Marshall referred to himself as Virginia’s “chief homophobe.” He refused to debate his opponent and consistently referred to her using male pronouns. He had been the sponsor of the bathroom bill that died in committee in the last legislative session.

For her part, Roem did not run on a platform of liberation for transgender people. She ran on infrastructure and education and all those kitchen table issues that get neglected in the idiotic battle over bathrooms.

Invited to gloat after the election, she would not go beyond, “Discrimination is a disqualifier.” Of her defeated opponent, Roem said, “I don’t attack my constituents. Bob is my constituent now.”

Danica Roem showed the grace in victory that has eluded Donald John “The Donald” Trump, the invisible candidate on this year’s ballots. With eight openly transgender winners in one night, President Trump will before long have to beat the brush to find another group with very little power like the Mexican immigrants he attacked in his announcement speech and the transgender GIs he tried to banish with a tweet.

This last election was not just a victory for openly trans candidates. There was also a bumper crop of women, people of color, immigrant refugees, and gay officeholders from school boards and city councils to state houses.

[Steve Russell comes to The Rag Blog after writing for The Rag from 1969 to the mid-seventies. He is retired from a first career as a trial court judge in Texas and a second career as a university professor that began at The University of Texas-San Antonio. He is now associate professor emeritus of criminal justice at Indiana University-Bloomington. Russell is a citizen of the Cherokee Nation and a ninth grade dropout. He is living in Sun City, just north of Austin, and working on a third career as a freelance writer. His current project is a book of autobiographical essays explaining how an Indian ninth grade dropout was able to become a judge and a professor without picking up a high school diploma or a GED.He can be reached at swrussel@indiana.edu. ]